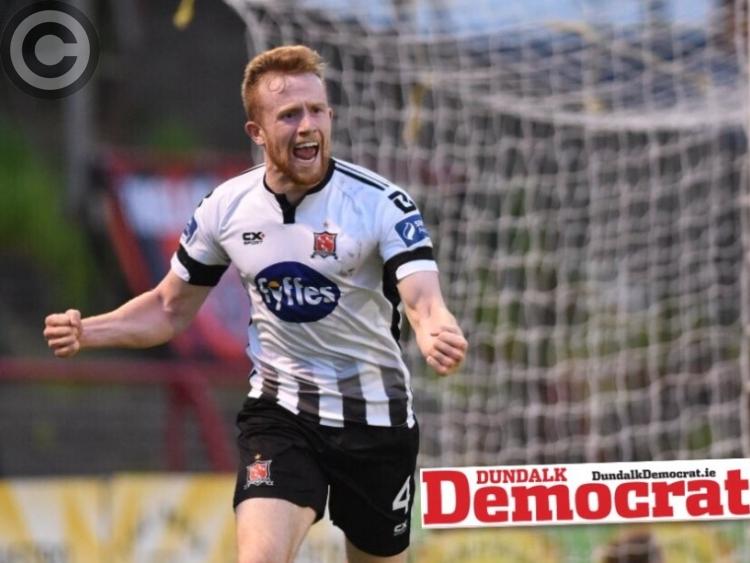 Dundalk FC defender Seán Hoare put in a Man of the Match performance at Dalymount Park last night as the Lilywhites maintained their six-year unbeaten league record against Bohemians.

The former St. Patrick's Athletic man played a key role in Patrick Hoban's opener before dispatching his side's second to seal the points with seven minutes to play.

Really enjoyable game in Dalymount. Two teams who play the right way & both of them having a right cut off each other. Sean Hoare superb!! ⚽️

And Hoare, who has played at right-back more than any other player since Seán Gannon's injury in the defeat to Cork City last month, now feels he's adapting to playing as a full-back.

"I've started to adapt to right-back the last few weeks and starting to enjoy it. Obviously, I'm starting to get the rewards."

He added: "I'm happy once I'm in the starting XI. Obviously, I'm naturally a centre-half but if he (manager Stephen Kenny) wants me to play right-back so be it."

When did Sean Hoare become as good a winger as Duffy?

Although the Lilywhites always looked to be in the ascendency, Bohs had several chances to equalise in either half before Hoare nodded the insurance goal past Shane Supple.

"We started off like a house on fire and they couldn't deal with us. We were exploiting the spaces that their formation let us have. I think we took the foot off the gas after we scored the goal. We were still creating a few chances, but I think they fought back really well and we were just lucky to get the second goal and wrap it up.

"(For Hoare's goal) We just kept the corner alive and thankfully my legs let me jump higher than your man (Bohs opponent) so I was delighted."

Waterford's defeat at home to Limerick last night, coupled with wins for the top two, has the table showing a familiar looking line-up with Dundalk and Cork clear at the summit. However, with the Blues, who defeated Dundalk just 15 days ago at the RSC, coming to Oriel Park on Monday night, Hoare is wary of the threat that they may pose.

"Because they lost they'll be looking to bounce back. You can look at it that way as a positive or a negative. It just shows the league that mad results can happen like that so to get nine points this week in such a tough league is great."