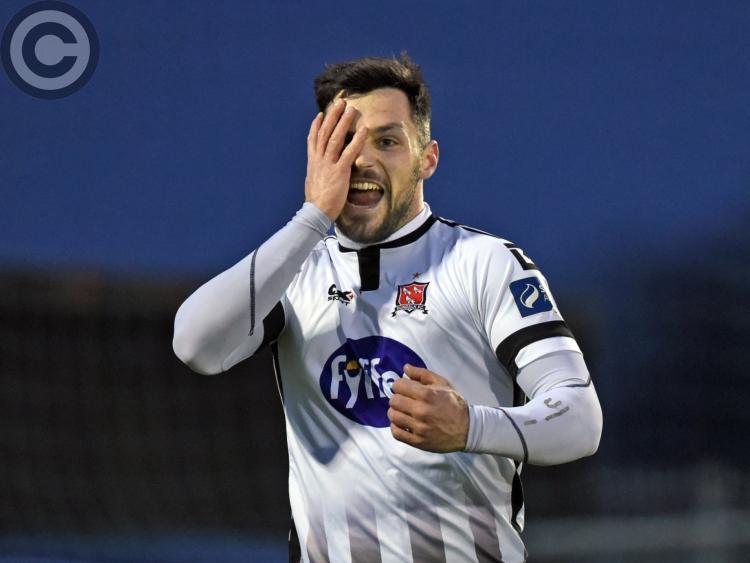 Patrick Hoban’s bold statement when re-signing with Dundalk FC was that both parties were getting value for their investment. The club were welcoming back a former hero and a proven goalscorer to replace David McMillan, while Hoban was returning to familiar surroundings and a place where adulation comes in frequent doses.

He spent two-and-a-half years in England, foraging for opportunities that were never fortunate enough to fall his way. Injuries, and perhaps a lack of confidence, held him back.

However, the Loughrea man appears to have no such problems in a Dundalk jersey. Friday night’s brace in the win over Sligo Rovers put Hoban into double figures for the season - his 11 goal tally stands as the country’s highest, while he is also enjoying his most prolific start to a season.

He set himself a goal-target for the campaign in the company of physio Danny Miller, with whom he worked closely in pre-season. That figure is not for disclosure, however, should his strike rate continue at its present level of a goal every game-and-a-half, he’s on course to comfortably surpass his 20 league goals from 2014. Twenty-four is the projected total.

But thinking along such lines is extraordinary considering the injury-ravaged closure of his spell across the water. Just getting the chance to play, never mind rattling the net, had to be his number one aim.

“The last year was very frustrating for me in terms of not playing much,” he said in an almost downbeat tone.

“I missed the first game against Bray and played 60 minutes against Shamrock Rovers. But since then I feel that my body is getting stronger with every week and touch wood that I don’t get any injuries and keep going from strength to strength.”

That he has, and under a manager who clearly has unwavering faith in the 26-year-old. Hoban has previously spoken of the split-second decision it took him to opt for a return to working with Stephen Kenny, a man whose track record of extracting the best from his players speaks for itself. Indeed, Hoban, who came to Dundalk in 2013 as a relative unknown, is an outstanding example of Kenny and his supreme man-management skills.

He speaks fondly of his ‘boss: “That was the whole idea of coming back as well (to work with Kenny). I know what kind of belief he has in me and I’ve belief in him and that’s a good combination. I said at the start, when I came in, that ‘Dundalk are getting me at a good time and I’m getting Dundalk at a good time’.”

The pair embraced warmly after last Friday night’s match with Kenny holding Hoban’s arm aloft in celebration, attracting a raucous reception from the crowd as the team made their way off the pitch.

Questions were raised when Hoban left for Oxford United almost four years ago as to whom would fill his void. The same was said of his replacement, David McMillan, in the off-season just gone. A return of two games and no goals in the league openers against Bray Wanderers and Shamrock Rovers did little to silence the critics.

But, since firing home the first goal of his second coming against Limerick in late February, the doubts have dissipated.

A picture printed in these pages after the 6-0 victory over Drogheda United last summer showed Kenny warmly greeting McMillan after the striker’s clinical showing, and what a season he had thereafter.

History looks on course to repeat itself, in more ways than one.