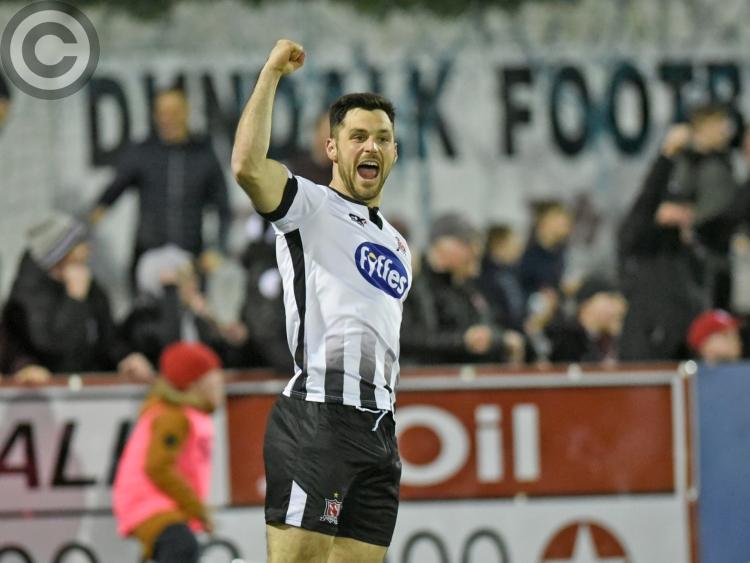 Having dropped points in three of their previous five league matches, Dundalk FC striker Patrick Hoban was keen to stress the importance of his side's narrow victory over Sligo Rovers last night.

Hoban's double, including his second two minutes from time, sealed a dramatic victory for the Lilywhites, one which moves them to within a point of league leaders Cork City.

The striker glanced Dane Massey's teasing cross past Sligo 'keeper Mitchell Beeney, having earlier converted a penalty. But it wasn't a case of his eyes lighting up as the defender's delivery was airborne.

"To be honest, there wasn’t much pace on the ball so I was like, ‘just hit the target’ and thankfully it went in. We needed it, we were probing and probing and I thought we fully deserved it on the night," he said.

"When you give a team an incentive (the equaliser), it’s the worst thing you can do because they’ll fight to the end. When you’re 1-0 up, they have to come out and play, but when they get that goal and it’s 1-1 it can be very difficult to break teams down. They made it hard on us tonight but we still could have won (by) three or four.

"Credit to the boys, they stayed going to the bitter end and it’s a massive three points. It’s a tremendous win, especially after drawing, winning and losing."

With the constant three-day turnarounds, Hoban feels the magnitude of the points against the Bit O'Red cannot be underestimated.

"Every three points is vital. Teams are going to drop points because the turnaround of games makes it very difficult to always be at 100%, every three days. It is difficult.

"But we’re still there, we’re still at the top of the league and there’s still so much more in us. We have to keep going," Hoban added.