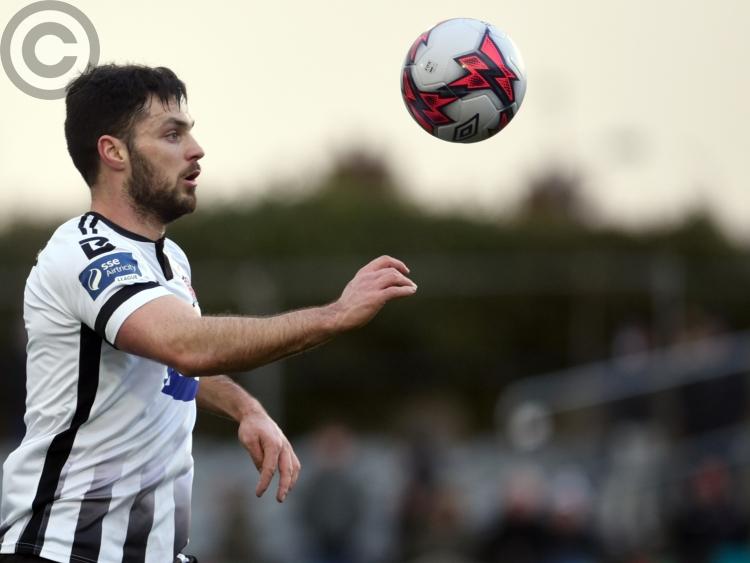 Patrick Hoban is an Oriel Park hero and he rubber-stamped his credentials yet again tonight by heading home the match-winning goal two minutes from time.

With the game in deadlock after first-half goals by Hoban (Dundalk) and Rhys McCabe (Sligo Rovers) - both penalties - the Dundalk striker nodded Dane Massey's teasing cross past Mitchell Beeney to send the majority of the 2,134-strong crowd into raptures.

The victory sees Dundalk close to within a point of league leaders Cork City.

Having been denied what looked to be a stonewall penalty in the defeat to Waterford FC last week, referee Tomas Connolly handed Dundalk the opportunity to go in front on 22 minutes when Patrick McClean caught Dylan Connolly with Hoban stepping up to shoot past Beeney.

The referee, however, levelled affairs in more ways than one in first-half injury time when pointing to the spot after Caolan McAleer tumbled under the challenge of Gary Rogers. Rhys McCabe converted confidently, although the manner of the concession will have irked Dundalk manager Stephen Kenny with both Seán Hoare and Stephen Folan distributing poorly in dangerous areas as McAleer latched on to the latter's loose back-pass.

Indeed, the whistler ought to have pointed to the spot on further occasions. Prior to Sligo's equaliser, Rogers clobbered the inrushing McAleer when gathering possession, while, shortly after half-time, Hoban was left stricken on the deck after being caught by the uncompromising challenge of opposing defender John Mahon.

Frustration grew around the ground as Dundalk, who pinned Sligo in for almost the entire second half, spurned several glorious openings with Ronan Murray, Jamie McGrath, Dylan Connolly and Marco Tagbajumi (2) missing as the Bit O'Red looked certain to earn a share of the spoils.

But cometh the hour, cometh the man. Hoban found the net for his 11th goal of the season!

Though, had Dean Jarvis not intervened on the line, the Connacht side would have equalised for a second time, in dramatic circumstances.