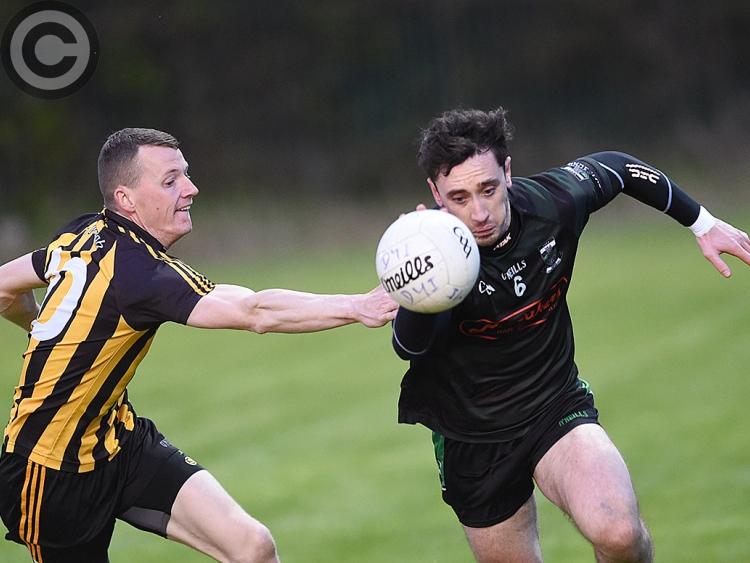 Dundalk Young Irelands put themselves in pole position for the Division Three title on Thursday night with a five-point victory over Na Piarsaigh at Páirc Éire Óg.

While Lannléire remain unbeaten at the summit, having played the Dunleer men, St. Kevin's and now Na Piarsaigh - their predicted rivals for the automatic promotion place - Adrian O'Donoghue's side are surely now the favourites to push for an immediate return to Division Two considering the other three still have to face one another.

And if Derek Maguire continues to produce the sort of form which saw him lead their charge tonight, the Irelanders can look forward to a very successful year indeed. The Louth man was simply imperious over the hour, shaking off heavy Na Piarsaigh challenges in scoring two of the game's standout points either side of half-time having added one in the game's opening quarter.

However, the Louth 100-club man was ably assisted on the scoring front by minor Peter McStravick who looks a serious prospect. The CBS student struck three times in the opening half, while Dermot Mone registered thrice himself, as the hosts, who were looking to avenge last year's defeat to the Rock Road men, took a 1-7 to five-points lead to the interval. Seán McLaughlin palming the Irelanders' goal to the net on 18 minutes.

The Naps had earlier played the better football with Robbie Murphy firing over three beauties with the outside of his foot. However, their inability to convert as diligently as their opponents cost Damien Shiels' side. Normally so dead-eyed in front of the target, it took Mark Larkin until the second half to really find his range having missed two frees and a penalty before the break.

After Gerard Smyth had been fouled by Aidan Sheekey, Larkin stepped up minutes from half-time, however, despite there being ferocious power in the attempt, the other Sheekey, Fergal, between the home sticks, got down well to his right to save.

The match was ultimately settled in the third quarter as the Irelanders sent over three points - through Mone either side of the score of the match from Maguire.

But for the last 20 minutes, they found scores hard to come by as the visitors came back into it, shooting four points consecutively.

In defending their lead, the Irelanders became somewhat cynical with both Cian O'Donoghue - for an infringement which could so easily have resulted in a red card - and Mone being shown black cards by referee Stephen Murphy.

The match, however, was finally put to bed as injury time approached when Dean Maguire cut along the end line and rounded Na Piarsaigh 'keeper Peter Gallagher before finding the net.

At full-time, the Irelanders gathered in a huddle and let off a victory roar as the Naps trudged back to the dressing rooms. Both sides know how crucial this result could be!