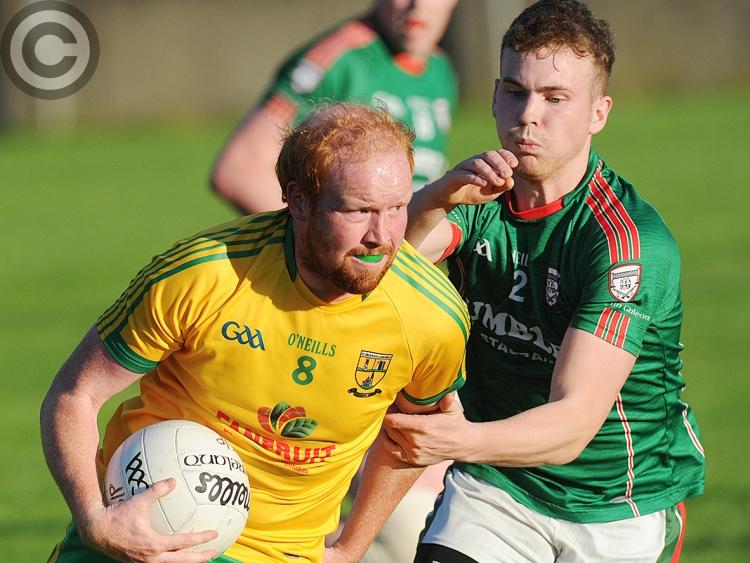 Stabannon Parnells came out on top in this game having led by 2-10 to 1-3 at the break.

Aonghus Giggins top-scored for Parnells with 0-9, while brother, Colm, and David Cluskey struck the goals as well as two points apiece.

In fairness to Cuchulainn Gaels, while this was their third defeat on the trot, the Omeath men out-scored the winners in the second half, 1-1 to three points.

Eight of Giggins' points came from placed kicks, with his final two coming in the second period. Cluskey got Parnell's other point after the break.

Stabannon travel to face Wolfe Tones tonight (Tuesday) in their next match, while Cuchulainn Gaels host table-toppers Lannléire on Wednesday.