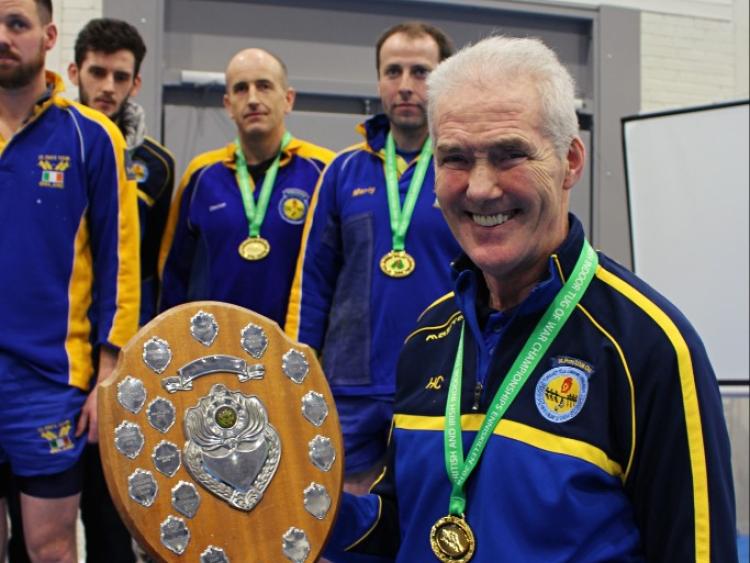 It all began in 1978 for Hugh Mór Conway, who has established himself as a well-renowned tug-of-war puller for local club, St. Pat's. He is now the coach of the South-Armagh/North-Louth club's men’s team, a side who he has travelled the globe with.

During our conversation, we spoke of his 40 years in the sport and about how he first came across it. He talked about his younger days, saying: “I was a rower to start off within the local community”, before going on to add how this got him involved in the tug-of-war side of things.

"I would go down to what was called a field day, it was like a sports day. There would be various activities including football, relay and all the usual team events. The last event would be a tug-of-war so I decided to give it a shot and I thoroughly enjoyed it."

It was then that Hugh decided to join St. Pat's and compete in his local area. “The club and I travelled to Collon to compete in my first proper competition. These would all be outdoor events in fields around the area."

The St. Pat’s man won novice, provincial and All-Ireland titles at a young age, before, in 1990, tug-of-war competitions were brought into a new environment and held indoors. These events would take place around the winter months to accommodate the inadequate weather conditions.

“A team of 18 of us went on a journey to Neptune Stadium in Cork for the All-Ireland indoor tug-of-war championships," he said. "There were four competitions that we entered and in all four we were victorious, coming out with gold medals". This marked the beginning of a highly successful indoor tug-of-war career.

Hugh is a father of four sons, with three of them, Gary, Hugh Óg and Seán, hauling for St. Pat's to this day. However, considering Hugh's own passion for the sport, it's hardly surprising that he's handed it down a generation.

“Whenever I would travel around the coastal areas of County Down, to places such as Newcastle, Ardglass and Castlewellan, the boys were always right behind me. They would watch exactly what I was doing and they picked up bits and pieces along the way.

"The boys were pulling from as young as six years of age and are still heavily involved now in their mid-30s."
Perhaps the most fascinating part of Hugh's history in the game is the places that he's visited. Having been as close as Cardiff and Cork for world championships, he's also competed in far-flung places like Mexico and, most recently, China.

Hugh explained that his world championship win in Cork, in 2002, was like no other.

"In Cork, we had some triumphant wins. St. Pat's took home four world club championship gold medals which had never been done before.

"The win I value the most was in the 560kg weight category. I competed alongside my four sons, my brother Leo and his son, Leo Jr. We were the first ever family team to obtain this achievement which made me extremely proud."

He continued: "Training for the tug-of-war event is a lot different than training for a football game at the weekend. Footballers might train let's say on a Tuesday and a Thursday night, but for us it’s different. We would train on five consecutive days leading up to any championship we enter. Our body cannot function to pull heavy weight every second or third day.

“The five consecutive days is so the body is ready and knows what to do when it comes to the weekend when it really has to perform."

St. Pat's have won 80% of the national titles in the last 30 years, which is truly remarkable and they have only recently returned home from China where they were competing in the world indoor championships.

In the club section, they cleaned up with four gold medal-winning performances, repeating the record they set in 2002, while, in the colours of Ireland, they delivered a gold and a bronze medal, adding to a fourth-place finish in a third event.

St. Pat's, with Hugh Mór at the helm, really are a club like no other, and they have the medals and stories to prove it. In an era where the term is thrown about so easily, they truly are a world class outfit!