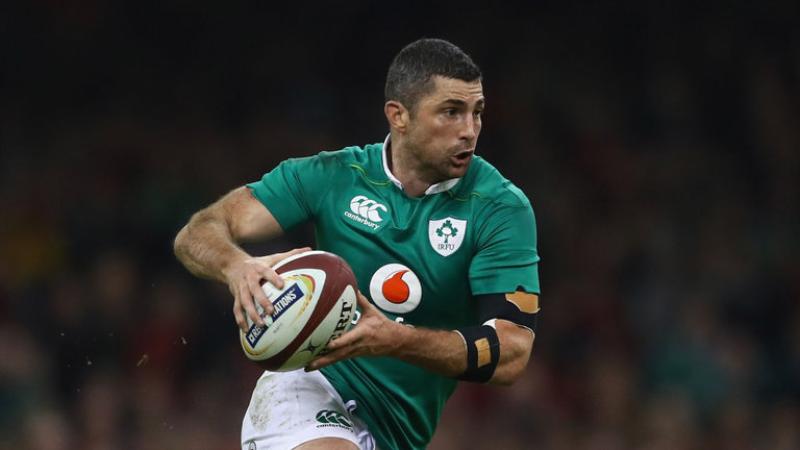 One of Louth's greatest sporting sons, Rob Kearney, entered his name into an exclusive club following Ireland's Grand Slam victory against England at Twickenham this afternoon.

Kearney and captain Rory Best are now the only Irishmen to have achieved two Grand Slam successes and when you consider that the country has only won three in its history, it's some achievement.

The 31-year-old, who earned his 83rd international cap in the game, played the entire 80 minutes as Joe Schmidt's side battled to a comprehensive 24-15 victory.

Superb throughout, Kearney had a huge hand in Ireland's first try - scored by Garry Ringrose in the early minutes - as his contesting of the ball with England's Anthony Watson saw the Red Rose's full-back fumble possession, allowing Leinster team-mate Ringrose in to capitalise.

The Six Nations win is the fourth of the full-back's career following the triumphs of 2009, 2014 and 2015, while he has now won the Triple Crown for a second time.