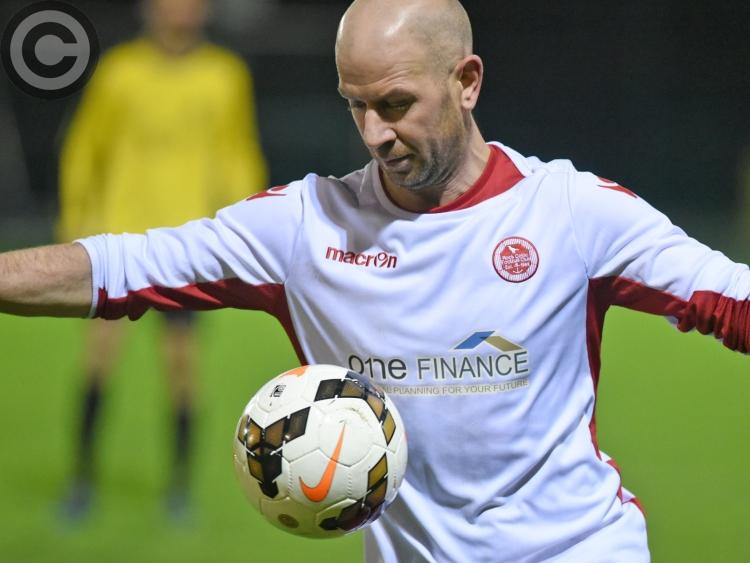 Rock Celtic kept themselves firmly in the Division One title hunt with a comfortable victory over Johnstown at Sandy Lane on Friday night.

The evergreen David Ward continued his tremendous campaign on the goal-scoring front with a hat-trick as Paudie side picked up their eighth league win of the season.

Brendan Rogers put the Rock in front on eight-minutes, slotting home right-footed having been picked out by Aidan Curtin's left-wing cross.

Ward made it 2-0 three-minutes later when capitalising on a mistake by the Johnstown 'keeper. Having cut-out the pass, Ward had the enviable task of shooting to the empty net from 25-yards.

And the same player made it 3-0 before the end of the opening-quarter as Rock threatened to run riot.

To their credit, Johnstown battled to the break and got their reward on the stroke of half-time when firing home a free-kick to cut their deficit to 3-1.

Though, any comeback aspirations they harboured were vanquished before the hour-mark as Derek Delany bent a free-kick to the corner of the net.

Another successful set-piece conversion saw Johnstown cut the hosts' lead further, but Ward would have the final say, dinking his third goal over the advancing 'keeper.