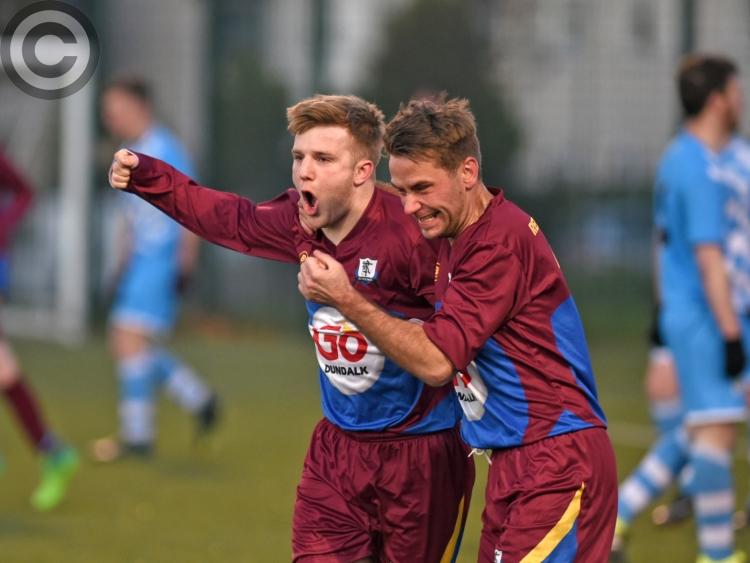 In the week they buried their founding member, Kevin Magee, it was always going to be difficult for Woodview Celtic to get themselves prepared for a Division Two derby clash with Redeemer Celtic, and so it proved.

Conor Macken's men battled admirably and got to the break level at one-apiece. However, things started to unravel, even before the interval whistle as referee Paul McGeown took issue with the team sheet Woodview submitted to him. This led to both Dean Hoey and Barry Carr having to be replaced on 40-minutes, while half-time lasted double its usual length as the confusion mounted.

It was an episode the Blue and Whites were unable to recover from as Redeemer scored four second-half goals, two of which came from Seán Bailey, to run out comfortable winners.

Woodview's play became frantic after that, though they left their mark on the first-half when centre-half Dylan Thornton headed home a leveller prior to the confusion surrounding the referee.

The second-half was dominated by the visitors with a cracker from McConnell - a standout performer in midfield for Stephen Fisher's side - putting the winners back in front. Having picked the ball up, McConnell let go a bullet strike which ended up flying by Woodview 'keeper Gorham. It was undoubtedly the goal of the contest.

A flurry of yellow-cards followed for the hosts before Bailey broke away to dispatch his first of the contest, slipping low to the net.

The same player scored Redeemer's fourth in an unconventional style. As Bailey raced clear on goal, with Gorham steaming out, he touched it around and jumped over the 'keeper, leaving him with a free shot and an empty goal.

Simon O'Shaughnessy rounded off the scoring as the match came to a close. A surging run down the flank by the Redeemer winger saw him cut inside at the last minute and fire a fifth past the helpless Gorham.

Getting one over on their near-neighbours, and avenging their earlier loss, would normally have attracted great celebrations from Redeemer, though, on this occasion, Woodview legend Magee was rightly at the forefront of people's thoughts.