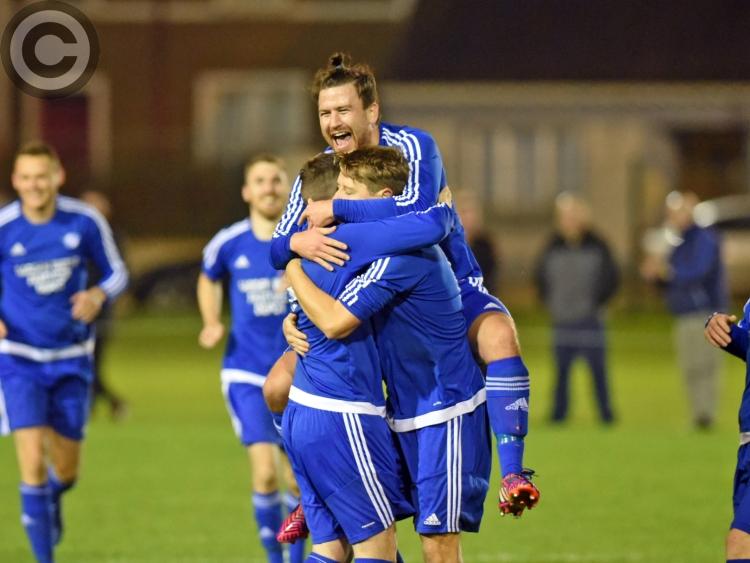 Billy Smith scored twice as Muirhevna Mor made it two wins in a row with victory away to Ardee Celtic on Friday night.

Having failed to take his chances in last week's win over Bellurgan United, Smith fired the Blues in front from the penalty spot before he doubled his tally after the break as Ardee fell to their second home defeat in three-days following Tuesday's 3-2 reverse to OMP.

Brendan Hughes shot home the winner in spectacular fashion against Bellurgan and he was once more heavily involved as 'Mor took the lead, winning the penalty from which Smith fired home minutes before half-time.

It was a memorable way to end an even first-half with plenty of chances at either end.

Tiarnan Mulvenna made it 2-0 before the hour-mark, racing clear before dinking over the out-rushing Stuart Reynolds as the Dundalk side began to turn the screw. And had Philly Duffy's thunderous shot been an inch lower they would have raced out of sight, the 'bar coming to the Deesiders' rescue.

But the 'Mor did grab a third when Micky O'Kane set-up Smith to fire home. The champions may just be clicking into gear.