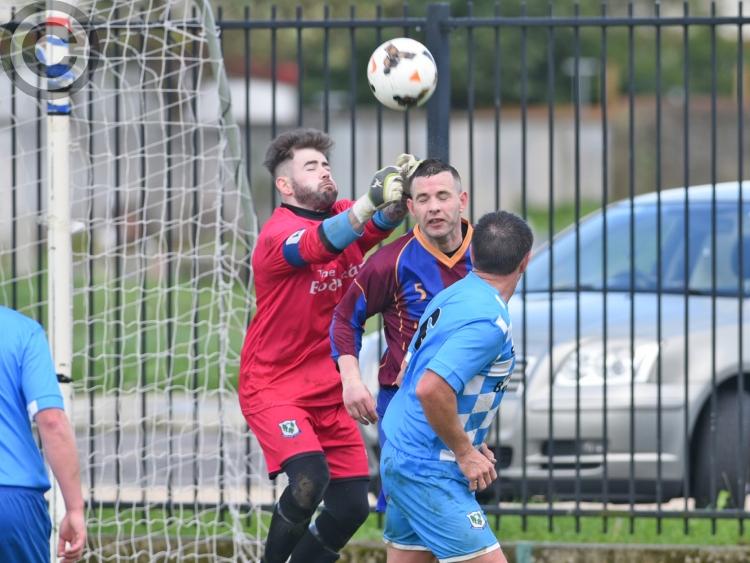 Pádraig Gorham was missing between the sticks for Redeemer today. (Pic: Ciaran Culligan)

Redeemer Celtic continued their fine start to their maiden NEFL campaign on Sunday morning with a triumphant 5-3 victory over Oldcastle.

On the border between Cavan and Meath, Oldcastle was Redeemer's longest road trip of the season and the tiresome journey up possibly played a factor in Redeemer's slow start to proceeding with the Red and Blue striped men finding themselves 3-1 at one stage in the match.

With a couple of key players missing as well, Redeemer could have very easily given up having been two goals behind, but their famous resilient spirit was soon found. They came out a different side in the second-half and completely blitzed winless Oldcastle in the final third.

With Anthony Reilly in excellent form between the sticks and Paul Gartland and Connor Brennan keeping it steady at the back, it started to work at the other end of the field for Redeemer too with Seán Bailey completing his hat-trick, adding to the one he scored in the first-half, and central midfielder Andy McDermott popping up with two goals himself.

The 5-3 victory puts Redeemer further up the Division Two table with a a possible promotion push in the reckoning.