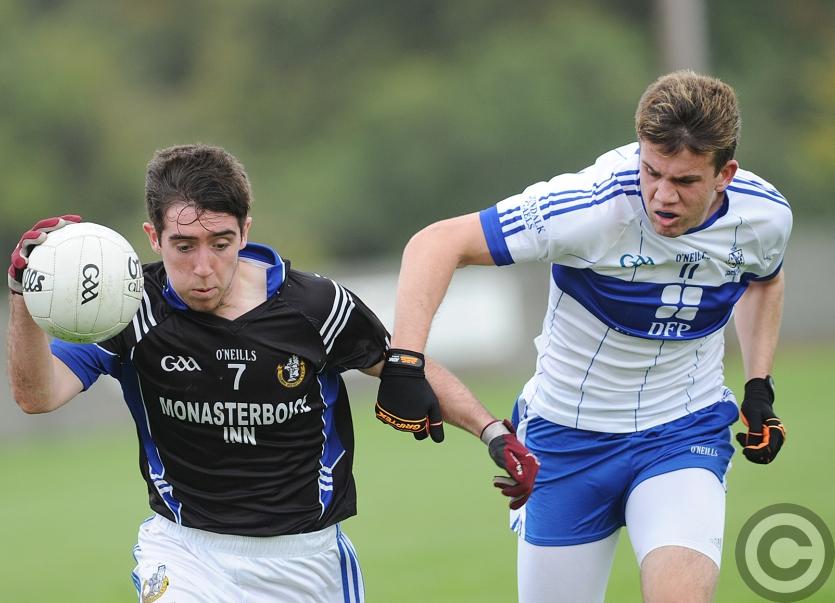 After a quarter-of-a-century absence, Dundalk Gaels are back in Louth Senior Championship final for the first time since 1992.

Quite a bit has changed in the world of football over the last 25 years, most notably the style of play. The Gaels have wholly embraced the defensive shift the game has taken with their effective game plan matched by their ferocious hunger to overcome their several near-misses in recent seasons.

Naomh Máirtín were valiant losers on the day and, while the final margin was somewhat misleading, there is no questioning their community’s bravery after a tough couple of weeks.

There was only a point in it at the finish, however, once Malachy O’Rourke’s men gripped the game in the first-half it was very hard to see the result going any other way, that was until deep into additional time.

While the Gaels were systematically mean - with 15 men behind the ball at times - they also had the wind at their backs and the emotionally weary Monasterboice outfit simply didn’t have the inventiveness to break the Dundalk side down.

Ironically, it was at the other end where the game was won. Breaking at pace, and into space, the Gaels were unstoppable. David McComish and David Moloney (twice) rampaged from deep to register points.

Midfielder Seán McCann then kicked a beauty from long range, while Éanna McArdle nailed efforts from placed-balls. The Ramparts men were so clinical, in fact, they kicked only one wide in the match-winning opening-period and led by seven-points at the break; 0-11 to 0-4.

Naomh Máirtín responded with four hard-earned scores of their own, although Jim Farrell was forced to introduce impact subs JP Rooney and Fra McCullough earlier than he would have liked.

The lively Conor Whelan scored a brace only to be cancelled out by two Derek Crilly scores early in the second-half as the Gaels refused to release their grip on proceedings. And thereafter the game continued to stagnate until Craig Lynch came out of goals and offered the Jocks something different in attack, and an additional thing for the Gaels to ponder.

It worked to a certain extent with Gaels full-back Jamie Faulkner going off on a black card, while Lynch's move simultaneously stimulated the Máirtín's grandstand finish.

Three Sam Mulroy frees reduced the deficit and increased the Máirtín's urgency, but a crucial Barry Watters point after fine move gave the Gaels some much needed respite. It would also prove to be the winning score.

Six down in injury-time Farrell's side went for it. Wayne Campbell got on the end of a move to fire home a goal which was quickly followed up by points from McCullough and Whelan.

But, the Gaels hung on by the minimum to reach the summit and in the midst of their euphoria, they displayed class in giving Naomh Máirtín a guard of honour as they left the field, showing that Brendan Reilly wasn't far from the thoughts of those involved.