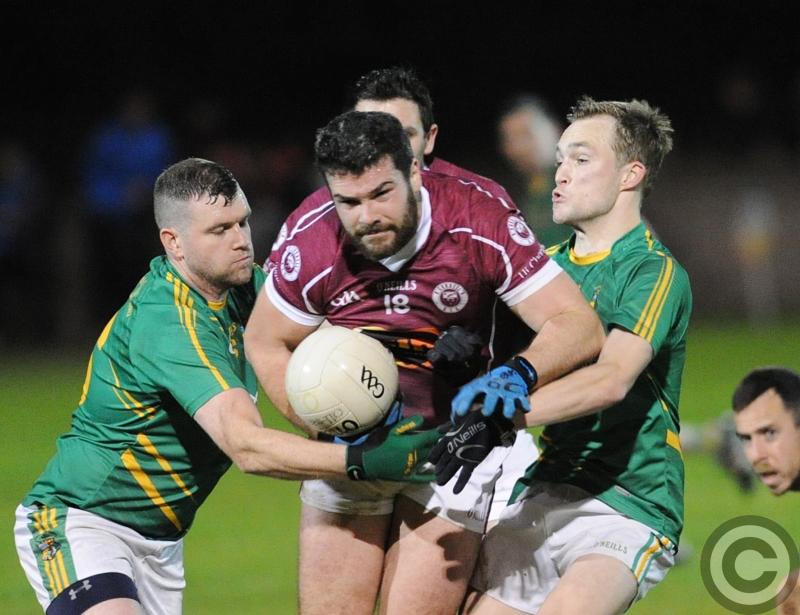 O’Connells qualified for the final of the Intermediate Football Championship with a six-point victory over Naomh Fionnbarra in Cluskey Park on Friday night.

With 50 minutes played, the game was on a knife edge at 1-7 apiece, however, the O’Connells took over in the closing period to seal victory and return to the stage they last reached in 2012.

Naomh Fionnbarra will without doubt reflect on the red-card issued in the first-half to their goalkeeper, Andy McCann, as being crucial. Paddy White’s side were also dealt a blow before throw-in when defender Patrick McGrane failed a fitness test on the hamstring injury he suffered against St. Bride's in the league three-weeks ago.

However, much credit for the Togher men's downfall must also go to the O’Connells’ defence who limited Naomh Fionnbarra's potent full-forward line to just a solitary point from play.

The O’Connells began sharply and were 0-2 to no-score ahead after five-minutes through Conor McGill and Conlon (free). But the 'Barrs found their feet and dominated the next quarter to take a 1-4 to 0-2 lead. They gained a foothold at midfield winning, five of eight kick-outs, with Hugh Osbourne influential.

It was a goal from Osbourne, following a lovely passing move involving William Woods and Bernard Osbourne, which set them on their way. And Stuart Reynolds had to produce another excellent save from the same player subsequently, a stop which turned out to be vital in terms of this match’s outcome.

The men from Togher were full value for that lead and they could have been ahead by more having kicked three wides, along with the 1-4 they scored. Robert Quigley ended the O’Connells’ 15-minute wait for a point from a free before referee Stephen Johnson issued McCann with a red-card for a foul on Jackie Agnew. Conlon, who was a constant handful, converted the resultant penalty and the sides went to half-time tied; 1-5 apiece.

Quigley and Woods traded points from play after the restart, as the O'Connell's seemed to take over, but a single-point return ensured the game remained tight. Hugh Osbourne levelled things up for Naomh Fionnbarra, however, the O’Connell's pushed harder towards the close, making their man-advantage count.

Three minors from the excellent Agnew, two from Dean Corrigan and one from Quigley booked the O’Connells’ place in the decider.