PREVIEW | Glyde and Glen to be a 'ding dong' affair 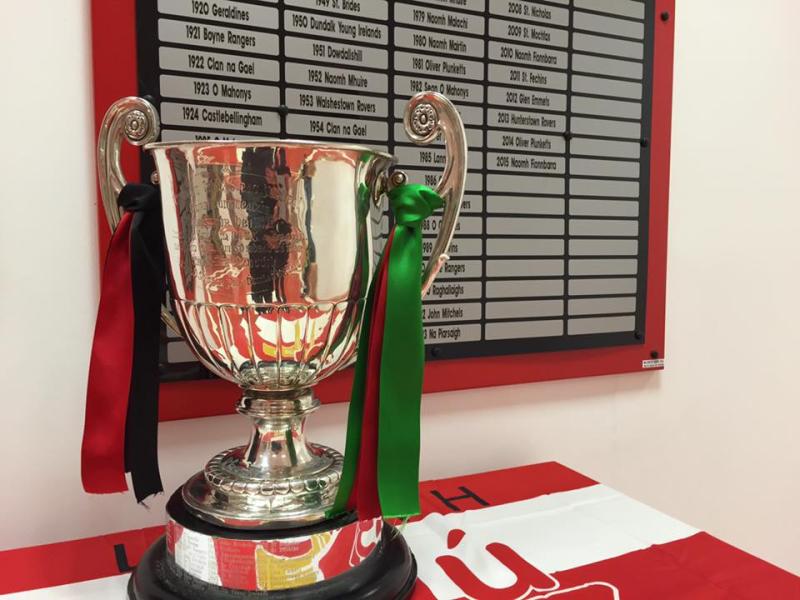 The competition favourite against its highest ranked side, Glyde Rangers vs Glen Emmets was the probable final match-up once kept apart for the semi-finals.

Both paved their respective routes to the last four in convincing, if not entirely impressive fashion, exchanging victories in the group phase and quarter-finals with ease.

However, their semi-final negotiations could not have been more different. While Glyde brushed Roche Emmets aside with nonchalance and class, Glen Emmets were forced to dig deep to rescue a draw in their semi-final with Lannléire, before overcoming the Dunleer men in last Saturday’s replay.

An outcome which has afforded the Tullyallen natives an opportunity to avenge last season’s traumatic final defeat to St. Kevin’s.

Unbackable favourites prior to that Castlebellingham decider, playing the role of the underdog twelve-months on may suit Kevin Barry’s team as they bid to build upon their successful survival efforts in the Division Two league.

In the absence of Conor Grimes and following Rúairí O’Neill’s departure, Emmets have benefitted from Ronan Grufferty and James Butler stepping out of the shadows this season and Glyde will need to afford that pair care and attention.

Glyde, recent champions of Division Three, enter this final brimming of confidence. Full of poise and with a plan, Mark Gilsenan’s charges have eased their way to a first Christy Bellew decider in two decades-plus with every man, both young and old, in top form.

Captain Trevor O’Brien has led from the front in a scoring sense, but it’s the new-found youth and revitalised veterans in kind who have gotten Rangers to this stage. In his first year in Tallanstown, Gilsenan has moulded a slick unit.

David Devanney and Conor Sheridan have rolled back the years, while the other Sheridans, Ciarán and Cein, have been models of consistency as the Sky Blues’ season has rolled on.

There doesn’t look to be very much separating the teams in a scoring capacity, however, defensively, the Glyde look much sharper with Cein Sheridan and Mark O’Brien back boning a combative rear-guard.

The fortunes of the teams could not have been more different either. Whereas Glyde improved game-by-game as the campaign progressed, picking up crucial wins against St. Kevin’s and Lannléire late in the league season, Glen Emmets began brightly, as much as securing safety by the midway point, in the league before hitting a summer slump.

Indeed, they have stuttered their way to this point in the competition, despite big wins over Naomh Malachi and Cuchulainn Gaels. Not entirely impressive on the opening night versus Stabannon Parnells, their patchy record against Lannléire continued at the Gaelic Grounds where they were forced to recover an eight-point half-time deficit.

They did, however, present a battling performance in the replay in Stabannon and that will provide cause for optimism ahead of this weekend’s match.

But Glyde and Gilsenan will have gotten a good look at Emmets and if their recent track record is to be based upon, they will have devised a plan to see themselves over the line on Sunday.