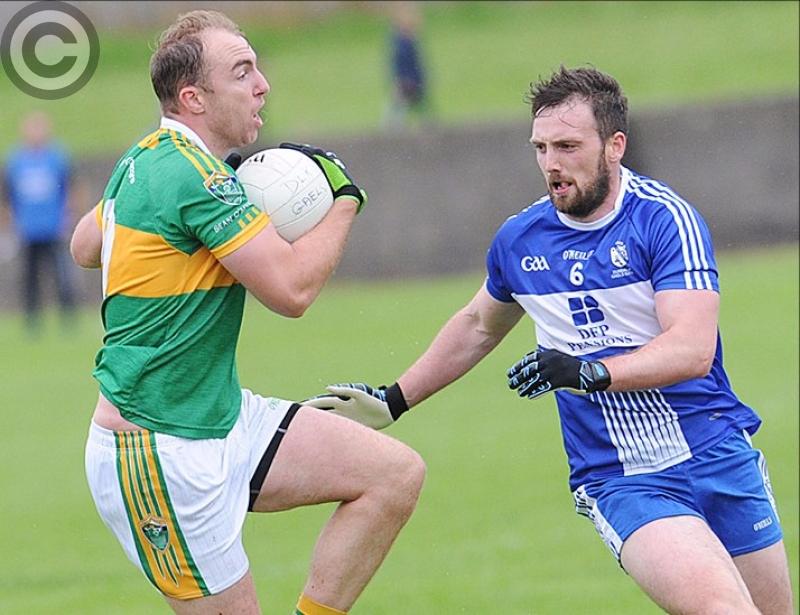 We sang that on the bus travelling to Dundalk CBS away games. If we won, we'd sing it even lustier coming home. If we were beaten, we'd sing dumb.

It was also heard on Dundalk Gaels buses way back, with just a few changes. Whereas in the verse following the one above, the school footballers – and their supporters – would sing, “For we only know there's going to be a game/And Dundalk CBS will be there”, the Gaels ruffians would substitute the word 'game' with 'fight'.

The song is now the preserve of Sean O'Mahony's, locally at least. The Quaysiders gave it wellie several times as last September gave way to October, and, no doubt, will be in full voice again if the Joe Ward Cup continues to rest in what is known as the San Siro. They might even go before then if they beat Gaels in one of the three Louth senior championship quarter-final replays taking place this weekend. More about them further on.

None of the above can claim to have had the song written for them In fact, it's not even Irish in origin. Glaswegian it is, part of the 'Celtic Song'; and when it was penned, its first verse wasn't exactly as above. It finished with “It's enough to make your heart go sad”, and the reason for that was the accidental death of Celtic goalkeeper, John Thompson, in an Old Firm tie 86 years ago today, September 5.

As Thompson challenged for a ball along with Rangers forward, Sam English, he got a knee to the head. English, knowing there was something seriously wrong, immediately called for assistance. It was first believed Thompson had suffered concussion, but that night he died in hospital.

At the inquiry which followed, English had the support of all the players on the field and the Thompson family, and was cleared of any blame.

That much out of the way, let's take a look at the senior rematches. Local rivalry will be at its most intense in all three. In addition to the all-Dundalk clash mentioned above, Dreadnots take on Naomh Mairtins, and Geraldines meet up with St Joseph's, a team they see whenever they look southwards over the garden fence.

Happily through to the semi-final are Newtown Blues, the only team to manage a win on quarter-final weekend just over a fortnight ago. And having booked their ticket, the Drogheda side are the new favourites to win a competition that retains the wide open look it has had from the very start.

On a weekend when late scores were a feature, Dreadnots took longest to come up with their equaliser. Injury-time had run for nearly seven minutes when Derek Shevlin scored a stunning match-saving goal, keeping Dreadnots interest alive. The seasiders were down to thirteen at the time, playing against 14-man Mairtins.

Pat Smith was one of Dreadnots looking on from the sideline as the game came to its dramatic conclusion; and since it was a straight red he'd been shown by David Fedigan, the county player will be watching this one in its entirety from behind the whitewash..

On the other hand, Naomh Mairtin will be strengthened if JP Rooney, so influencial in the competition so far, is back from honeymoon. The Jocks won't want a repeat of last year, when, after giving away a substantial lead in their game with St Mary's, failed in the replay.

Sean Murray dug Gaels out of a hole the last day, the youngster's very late point coming after his side had gone for over a half-hour without a score. O'Mahony's were only marginally better up front, and now find themselves back at the venue – Haggardstown's McGeough Park - where they won the 2016 meeting with their keen rivals before going on to take the title for the first time.

Joe's have franked intermediate league form. As the only representatives of the second tier, they've got to the knock-out stages at the expense of last year's beaten finalists, St Mary's, and a fortnight ago matched Geraldines stride for stride. As it's the winners of this tie they meet, Blues will have a keen interest in the outcome.

Seven 'grand old' teams still standing. There might, just might, be need for extra-time to decide one or two of them.