O'Mahony's and Gaels must do it all again 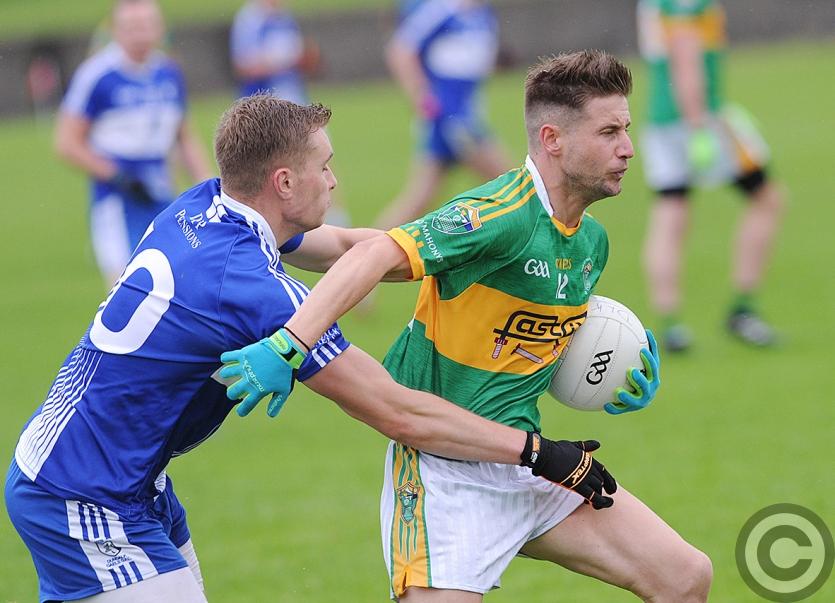 Having gone 33 minutes without a score, it had looked as if the O’Mahony’s were going to grind out the victory with Stephen Kilcoyne’s second-half goal a gap the Gaels looked unlikely to bridge.

But credit to Malachy O’Rourke’s men, a draw was the least they deserved considering some of the decisions that went against them early in the game.

It took referee Stephen Johnson 19 minutes to award them a free-kick, and even that was for an O’Mahony’s player over-carrying.

There were several instances where the Ramparts men ought to have been given frees close to goal, and ones which, had they been awarded, would almost certainly have added to their early lead, which stood at four-points by the 25th minute.

Even in the second-half, Conor Crawley’s rampage through Óisín Murray, while the Gaels half-back was challenging for the ball, looked worthy of a red-card, rather than the black brandished.

One can’t take from the O’Mahony’s mentality, though. They fought like men possessed in defence with Mickey Clarke and Ronan Byrne enjoying fabulous games in allowing the Gaels to score only once from play after the 22nd minute.

Séan Murray had gotten the Gaels’ previous point from play to extend their lead to double scores, 0-6 to three. Prior to that David Moloney had given an exhibition in scoring two wonderful points from the left-flank while Éanna McArdle contributed a brace of his own.

The O’Mahony’s were slow out of the traps, though a late first-half flurry saw them reduce their half-time deficit to two-points; 0-7 to 0-5.

And within a minute of the second-half starting, they hit the front. A trademark lobbed ball into Crawley caused evident panic in the Gaels full-back line and Kilcoyne was the beneficiary as he turned the breaking ball to the net - it was the first time the O’Mahony’s led the match.

Thereafter, the game descended into a battle with late challenges and physical skirmishes doing little to aid the spectacle. Seán McCann – who would later be black-carded – received treatment after a coming together with Conor Martin, an incident which drew its fair share of contributors as tempers flared.

Proceedings progressed up and down the field, though Stephen Fisher’s sole point of the contest was the only score from the Kicoyne’s goal to Gerard McSorley’s 58th minute notch – the penultimate point of the game.

It looked likely that the O’Mahony’s were going to edge it, especially in McCann’s absence, however, a foul on McSorley allowed him to tighten affairs to the minimum before Murray started and ended a prolonged phase of play, whereby 29 players stationed themselves in the O'Mahony's half, to draw the Gaels level from wide on the right-flank.

The Point Road men pressed for a winner, though a late effort from Finnegan dropped short with a draw seeming the fairest result.