Dreadnots get out of jail against Naomh Máirtín 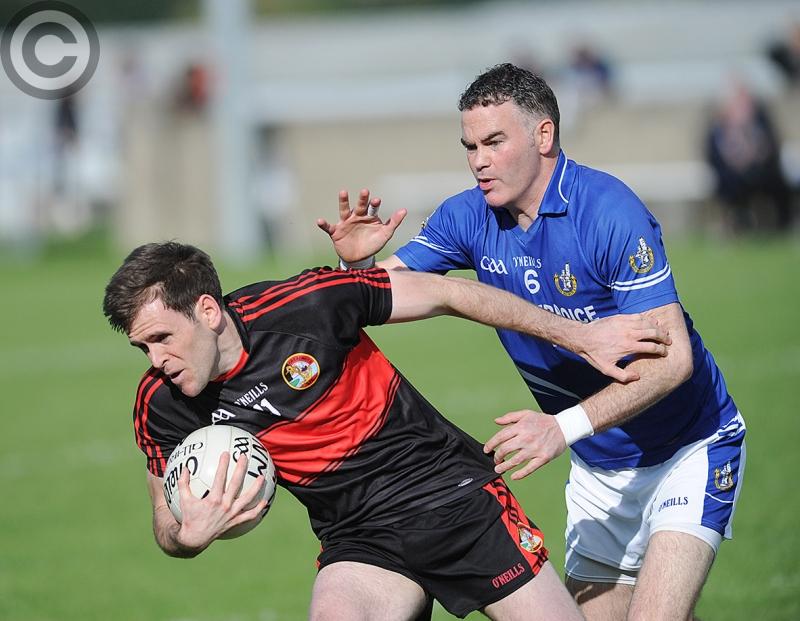 Twelve-months ago, Naomh Máirtín lost a considerable lead to Ardee, St. Mary’s in the quarter-final of the championship as the Deesiders, en route to the senior final, accounted for Jim Farrell’s men in the replay.

And, while the Dreadnots will be without the suspended Páraic Smith and possibly the injured James Califf, the manner of Naomh Máirtín’s latest knockout implosion will have Colm Donnelly’s charges licking their lips at the prospect of the second chance.

While they had plenty of goal chances, two of which fell to Pat Lynch, added to the two they scored, the Dreadnots were off the pace as Naomh Máirtín posted a gap which they never looked like conceding.

Prior to Dreadnots veteran Derek Shevlin driving to the net six-minutes into stoppage time – the levelling score – and even before substitute Francis McCullough had put three between the sides, Louth minor captain Eoghan Callaghan, who impressed at centre-forward for Naomh Máirtín, dragged a shot at goal across the target and wide.

The 18-year-old dropped to his knees in despair in the aftermath, though the miss looked redundant with the Jocks being two-men to the good following the dismissals of Cian McEvoy (second-yellow card) and Smith in successive minutes.

It was by no means a dirty game but one played at a typical championship pace, though the officials, anxious to get involved, brought the game into farcical territory towards the finish which led to the tensions boiling over rather unnecessarily.

But all of this heightened the drama of the finish as Shevlin somehow found himself in space before driving the ball past Craig Lynch at his near post. With a two-man buffer, it was striking how lax the Jocks’ defence were in allowing the opposing corner-back waltz in behind.

Though, that was the narrative of the game. Both sides opted for attack over defence which yielded a thrilling, if somewhat naïve, spectacle. The men from Monasterboice started the brighter with the aid of the breeze and points from Stephen Campbell, Sam Mulroy, Conor Whelan (free) and Callaghan put them in the ascendancy only for Peter Kirwan’s 10th minute goal to level the scores after a slip from Paul Berrill.

The teams continued to trade points before a searing run from Jocks’ wing-back Pádraig McDonagh resulted in him firing a crisply struck shot to the bottom corner of the net and, after Califf and Karl Monaghan points, a second Naomh Máirtín goal from Brian Berrill helped the Monasterboice men to a 2-7 to 1-6 interval lead.

Liam Shevlin immediately cut the gap at the start of the second-half before Lynch blazed wide for a second time when through on goal as the teams shared the next six-points. The Dreadnots trailed by the minimum on five occasions during the second-half, though their chances of drawing level took a blow when McEvoy was red-carded, along with Jocks’ Mick Fanning getting a black, for an off the ball incident; the result of linesman Noel Hand’s intervention.

And when Smith was red-carded for a collision which left Mulroy in some pain, along with the bloodied Liam Shevlin having to take time out, the Dreadnots’ were temporarily down to 12 men.

The gap looked unassailable, that was until Shevlin’s dramatic exploits saw the game drawn in a typical case of déjà vu for the Jocks.