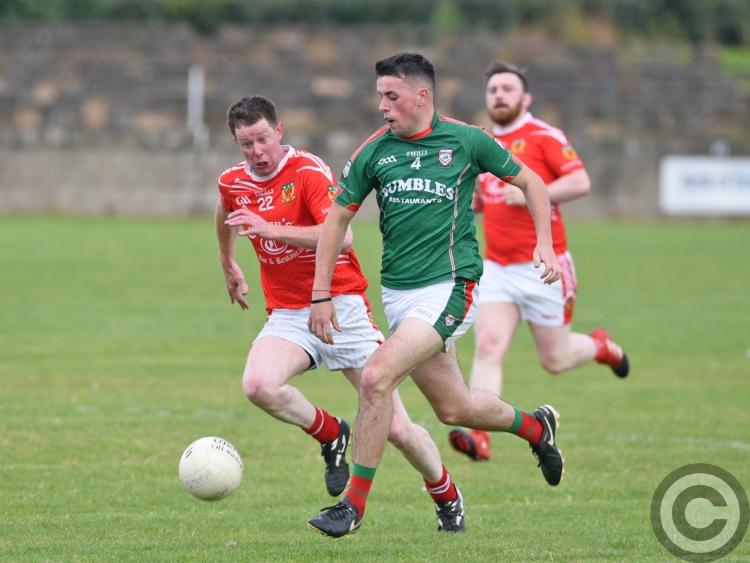 Glen Emmets advanced to the semi-finals of the Junior Football Championship on Saturday evening despite having goalkeeper Fergus Barnett sent-off for an off the ball incident in the first-half.

James Butler was outstanding for Emmets, hitting seven-points from his 16 possessions over the hour.

The Tullyallen men led by 1-5 to 0-4 after 15 minutes thanks to Ian Cusack’s goal and some great point-taking from Butler and Ronan Grufferty from frees and play combined.

However, when Mals' Mark Meegan was fouled by 'keeper Barnett, Ronan Greene converted the penalty at the second attempt to leave just a point between the sides.

The Glens kicked on and scored five minors in a row to take a commanding lead into the break through Grufferty, Butler, Cusack and Seán Byrne, who was a handful at full forward.

With 10 minutes remaining, Emmets led 1-13 to 1-5 with Bulter and Grufferty continuing to split the posts. Shane Rogers and Padraig Moley raised white flags for the Mals who continued to plug away and they were rewarded when Rogers scored their second goal to close the gap five-points.

The Glens outscored the Courtbane natives, 1-4 to 0-3, in the final few minutes to seal a place in the last four with the goal coming from Louth minor star Keelan O’Neill.