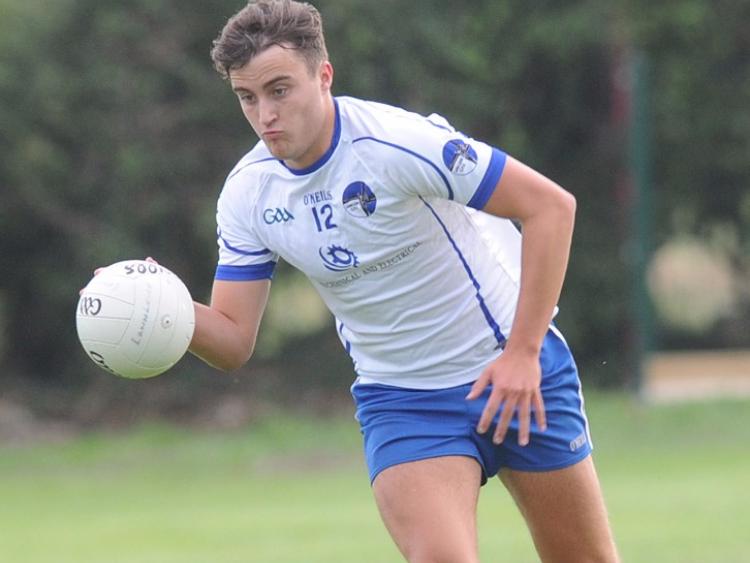 Liam Callan was a scorer for Lannléire on Thursday night. (Pic: Arthur Kinahan)

First-half goals from Briain McGuinness, Bob Murphy and Brendan McEvoy ensured Lannléire a place in the knockout stages of the Junior Football Championship on Thursday night.

John O’Connor’s side were determined to prevail following their opening round defeat to Roche Emmets and before the game, the players could be heard in the dressing psyching each other up.

This pre-match routine bore fruition as they struck for their first goal through McGuinness inside 20 seconds following excellent work from the impressive Paul Callan.

Dowdallshill continued to battle and they could have closed the gap further in the first-half had they brought their shooting boots with them, having kicked just one-point from 14 shots on goal, including a missed penalty.

Ultimately, it was those three first-half Dunleer goals that did the damage as they led by 3-3 to 0-1 at the interval.

With 10 minutes remaining, Dunleer were 3-7 to 0-2 points ahead following points from McGuinness, Murphy, Monaghan and Paul Callan (free) while Dowdallshill scored their first point from play on 37 minutes through full-forward Aidan McCabe.

To their credit, Dowdallshill kept taking the game to the opposition with centre-half back Jack McGailey leading the charge. Luke O’Brien, following a mazy run, and Paul Flynn scored points to put some respectability on the scoreboard, though the ‘Hill lost substitute Peter Hughes to a second bookable offence in the closing minutes.