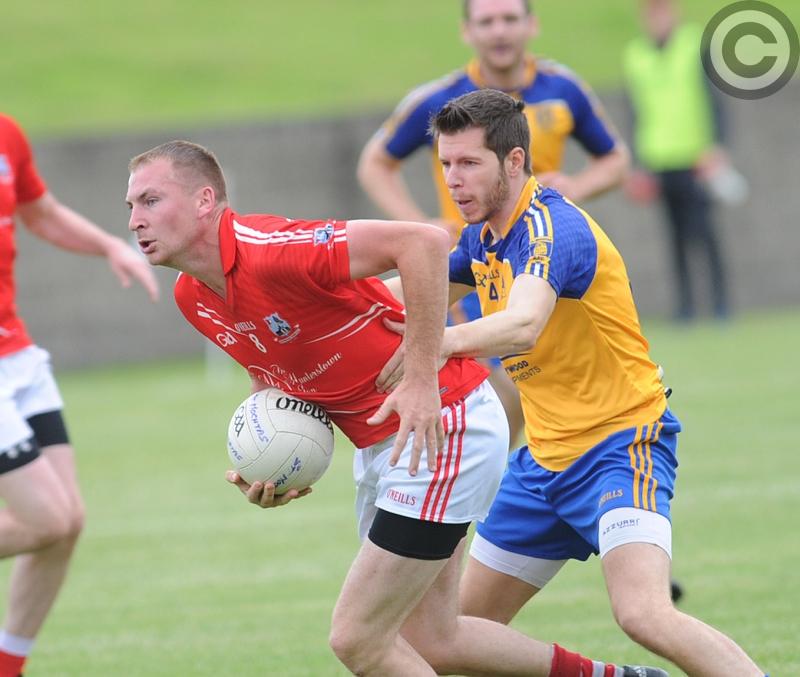 Alan Landy hit 1-2 for Hunterstown Rovers as they sealed their place in the quarter-finals of the Intermediate Championship in Dunleer this evening.

For the second week in a row, it was a case of Rovers being that bit more clinical than their opponents with St. Mochta’s having hit no fewer than 13 wides across the hour.

The game had been pretty much score-for-score up until Landy’s goal on 18 minutes, with both sides labouring in possession. Declan Byrne was the go to man for the Louth Village side, however, the Louth man – normally so assured in front of the posts – was far from his composed self as Ciaran Marks’ men effectively shot themselves out of the reckoning.

Byrne kicked half of his four-point tally in the opening 10 minutes as St. Mochta’s took the lead twice before Hunterstown found their range after a flurry of early misses.

A stylish point from Landy preceded points from Glen Matthews and Ryan Ward before the latter set-up Landy with a genius right-footed flick for the only goal of the contest.

Jim Matthews’ troops held a 1-4 to 0-3 half-time lead and, while St. Mochta’s reeled off three-points in succession through distant efforts from Byrne and Darren McMahon (2), Rovers were pretty comfortable to the finish as Tony McKenna, David Finn, Paul Carrie and Landy all pointed to seal the victory.