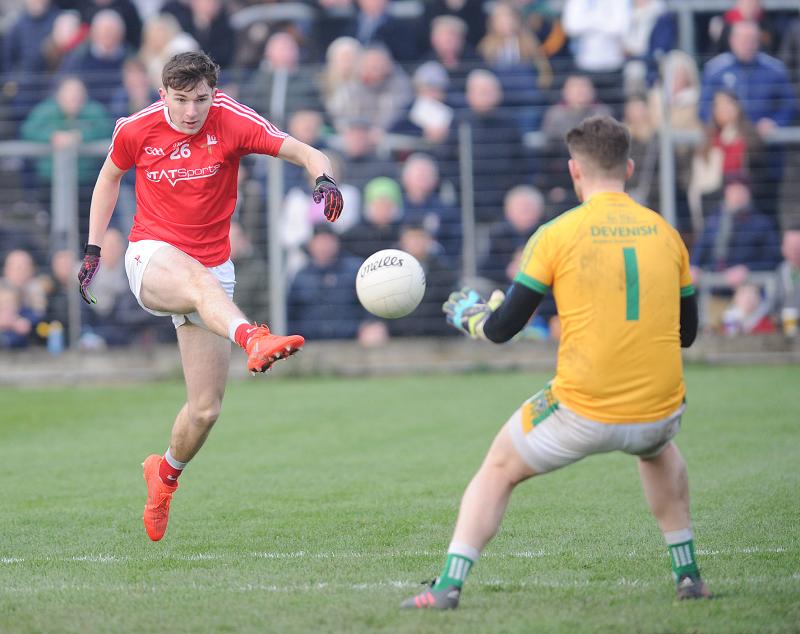 Colin Kelly was every bit the quintessential noisy neighbour on Sunday afternoon as his Louth side defeated Meath in their own back yard.

The Wee County booked their place in the O’Byrne Cup final with a seven-point win over The Royals and Kelly felt that the setting of Pairc Tailteann suited his players down to the ground.

“We pitted ourselves against a Division Two team and we got a great result which puts us in a good position to win some silverware early in the year,” he said.

“It’s a lovely pitch to play football on, a great setting for football and our lads matched it today with a passionate performance.

“It was probably our best performance but you look at conditions here, the pitch is fantastic, there’s a big crowd, no breath of wind. If you couldn't play today, when could you play?”

Kelly felt that it was important for Louth to silence the partisan - and expectant - home crowd in Navan.

“Every time you come over here - and I've been here a good few times - I've never seen anyone clapping us on the back coming out.

“Even when we were introduced out onto the pitch there was a few ruffled and stuff like that but there too many when we were going in! That’s testament to the lads working as a unit and how hard they have trained.”

Meath’s narrow approach meant that Louth able to break on the counter and Kelly feels his team’s performances are getting better with each passing game.

“Meath kicked a couple of scores but they were never a goal threat really and I felt they always needed a goal to win the game.

“Our defensive system seems to be improving and we seem to be playing better going forward. Again, there was an improvement from the last couple of games in terms of the return we got.

“The whole team is working their asses off,” he added. “Andy McDonnell came in today in the middle of the field and I thought he was exceptional.

“We have guys sitting behind us there that are chomping at the bit to get into the team. We put Liam Dullaghan in for another look to see where he's at and again he was exceptional while the lads up top, Bevan Duffy and Conall McKeever, are working really hard.

“It’s another confidence builder because we keep asking ourselves the question every Sunday: ‘What will we know more about ourselves this evening?’”