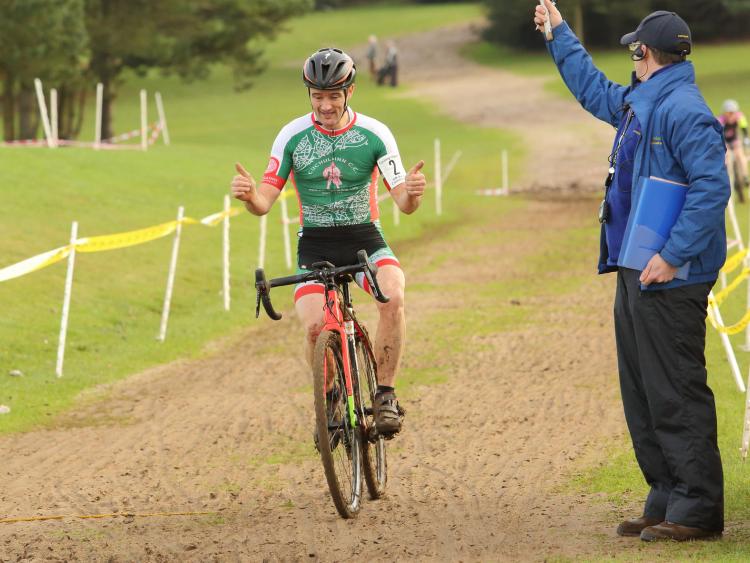 The last Sunday of 2016 saw Glen Kinning Cycles host the Ulster Cyclo-Cross Championships at Mallusk Playing Fields on the outskirts of Belfast.

Cuchulainn Cycling Club claimed two medals by virtue of the fact that both Alan Bingham and Anne Duffy are resident in Hilltown and Newry respectively, making them eligible for the Ulster Championships despite racing for the Dundalk club.

Alan was first up, competing in the Masters 40 category and led from pillar to post to take the win ahead of Jason Henry. Alan was in front by the first corner and extended his lead on every lap bar the last one, where he eased back to savour his victory.

In the Women's Elite race, Anne claimed the bronze medal behind Trudy Brown and Diane Wilson. Anne had a real close battle with Diane for the silver, but the Dromara women finally pulled away on the last lap.

In the Masters 50 race, Johnny McCabe was just off third place, finishing in fourth position, however he would not have been eligible for a medal.

The results show that Dundalk's cyclo-cross experts are building form ahead of the National Championships on January 8. All three should be in with a shout of a national medal.