Promises, promises, and we will just pay for it all 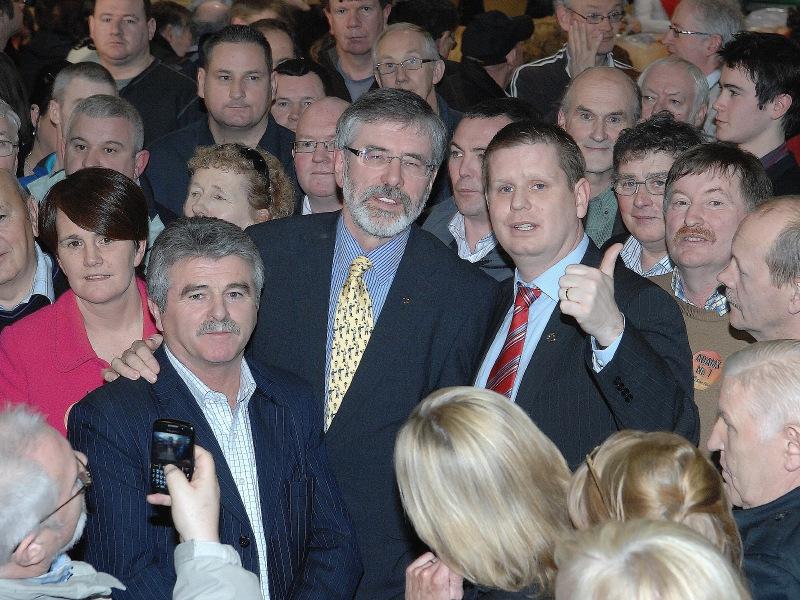 Before the Easter Rising celebrations in April we will have a general election at the end of February, around the time the US primaries kick off in New Hampshire.

It was there, back in 1960, that a young Jack Kennedy began his journey to the White House and eight years later Gene McCarthy from Minnesota started the wave that led to the downfall of Lyndon Johnson.

The only thing the Americans can throw-up now is 'Trumpmania' which appeals to people’s fears.

Hopefully, our general election will be more realistic. well, hopefully.

The coalition parties, Fine Gael and Labour, will claim they have cleared up the economic mess while others will claim they can reduce the price we are paying for it all.

Labour is languishing, Fine Gael is on the up. Sinn Fein have about 10 per cent of the vote nationally, but over 20 per cent here in Louth and are looking for two seats in our now five-seat Louth-East-Meath constituency.

Fine Gael will be pushed to hold on to their two seats here in Louth. Fergus O’Dowd, who has proved himself a very able TD, is battling in his Drogheda stronghold against Ged Nash and Sinn Fein’s Imelda Munster, and brother Michael O’Dowd who has now moved to Renua.

Fergus O’Dowd increased his vote by 4,000 in the last election in 2011 so he has Fine Gael support countywide and in East Meath.

And It was he who opened the floodgates on the Irish Water debacle. So he will be a very strong force. He was elected on the first count in the 2011 election with 13,864 votes, just above the quota.

And indeed the party took two seats and had its most successful general election in Louth since 1953 when the 'Duke' Coburn brought in a young PS Donnegan. Fitzpatrick took the last seat for Fine Gael without reaching the quota.

But this time round Fitzpatrick is a sitting TD and that will make a difference. He has built up a strong constituency base and taken a stance on garda manpower and law and order.

In the 2011 Sinn Fein said the party was brought together by the constant criticism of its leader Gerry Adams.

Deputy Adams will lead the party into the election, and they are concentrating on its policies of tax and health reform. They want to increase the PRSI threshold from €18,000 to over €19,000, scrap water charges and property tax, and spend €30bn to create health insurance for all.

The problem with all the promises from all the parties is that we, the taxpayers, as well as the voters, will end up paying for them, no matter what way they are put.

But Sinn Fein will be expecting Adams to once again top the poll and Cllr Imelda Munster to win a second seat for the party.

In 2011 the Labour vote here in Louth jumped from less than five per cent to just over 19 per cent and it was a personal success story for Ged Nash who took the third seat.

Nash went on to land himself a junior minister post and has been one of Labour’s bright new stars.

And a man who has waited for his time is Fianna Fail’s Declan Breathnach. Seamus Kirk is not standing and Fianna Fail will be expecting to take one seat. Breathnach’s running mate is Dundalk-born Emma Coffey, new to politics but very strong on health and family issues.

Breathnach is one of Louth’s most experienced county councillors and has led the way locally on issues such as fuel laundering, housing, roads, jobs and tourism.

Labour’s Mary Moran helped Nash get in the last time and got little credit for that. She has worked very hard on health matters and is one of our most able senators.

Green Party candidate Mark Dearey has an outstanding record as a councillor, but the party has struggled to make an impact nationally. However, Dearey will put in a strong and committed campaign.

Independents Maeve Yore and Kevin Callan should do well and it could be a fight between Nash and one of these independents for the last seat.

So it could be two Sinn Fein, one Fine Gael, one Fianna Fail, and then one Labour or independent.

But if the independent support fades, and Fine Gael keeps rising in the polls, it might be all different.

As for Renua. They will take about five seats nationally, but Michael O'Dowd has a real battle here in Louth.