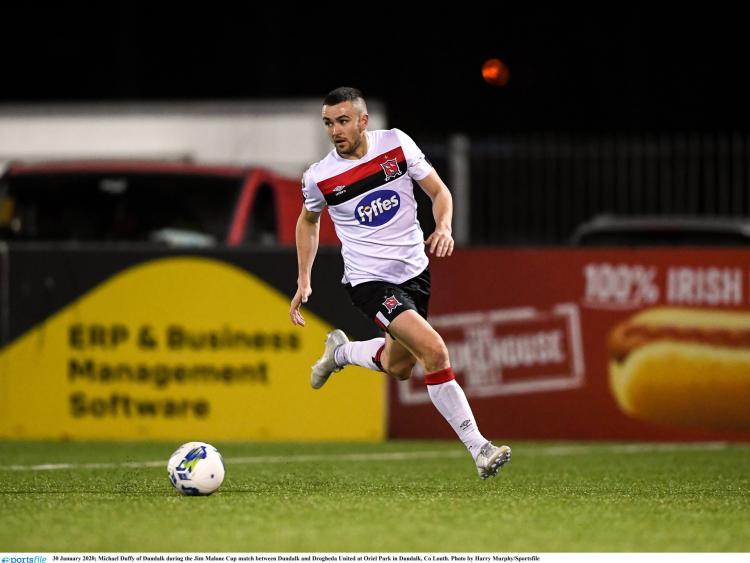 Georgie Kelly is one of a number Dundalk should be tying down, Michael Duffy (pictured) and Patrick McEleney too, as Rovers and Derry could try and entice them away. (Pic: Sportsfile)

The success Dundalk have had over the last six seasons is incredible. I can see Vinny Perth’s side continuing to battle for trophies in 2020 and I hope that’s the case, and they win the league - but the club must start developing its spectator facilities.

Of course it’s vital that the owners continue their investment in the squad and the signings they’ve made in the last few weeks have been very exciting. There is always intrigue when players come in from abroad because people want to see how they fare.

It will take them time to adapt. The lads who arrived last year will be all the better a season on - Daniel Kelly, who shined towards the end of 2019, is one to keep an eye on. I can see him hitting the ground running, but it took him time, like so many of Dundalk’s other top players, to bed in.

So I think Friday night’s team will be experienced and it’s very important that Vinny gets the defence right to give the midfield and forwards a chance against an excellent Derry City side who, while I don’t think they’re good enough to challenge for the title, will be in the top-four shake-up.

But I think the club should really be concentrating on a major stadium redevelopment because Oriel Park, in its present form, is simply not fit for purpose. I’m sure the owners are looking into it and where the finance is going to come from, I don’t know, but it would be a major shame if this period of success didn’t yield a proper, modern home.

There was the offer on a couple of occasions to previous regimes of a venture at DkIT, which Louth GAA have now capitalised on - and best of luck to them. Oriel is clearly going to be the club’s base, but it’s 60 years old and the state of the away end is dreadful. Dundalk are losing gate income because away supporters aren’t travelling down due to its condition.

In this day and age, facilities need to be modern, comfortable and capable of providing supporters with shop and refreshment outlets. And that should be the case in both the home and away ends. Talking to some Dundalk fans, they’ve told me that they haven’t renewed their season tickets because of the state of the ground and the attendances are only going to be eaten into unless there is investment in the stadium. 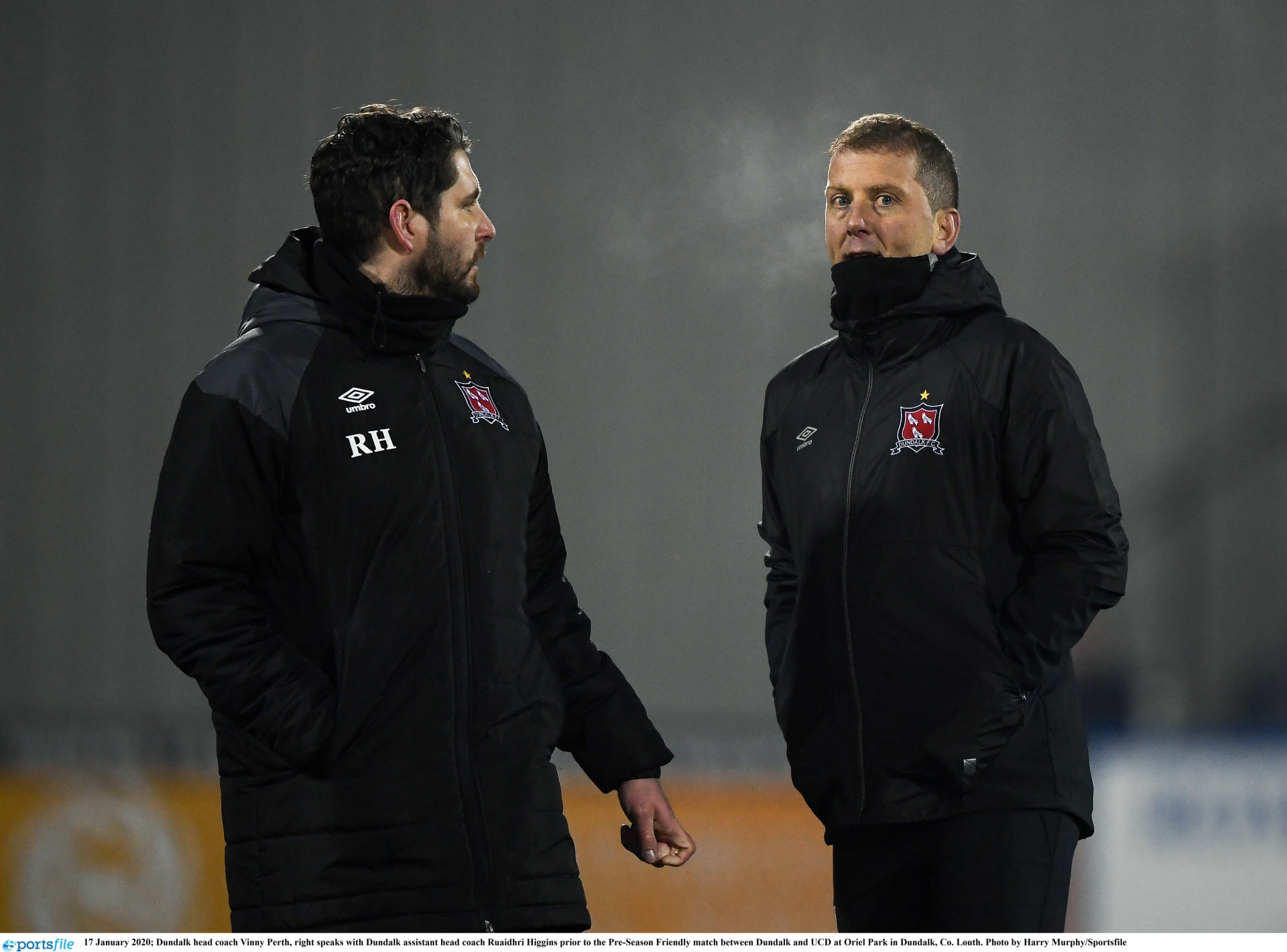 But for Gerry Matthews, who did a lot of work on the stand and dressing room and toilet facilities in the stand, Oriel would be the same as it was decades ago.

The Dundalk team - and this era - is the best the club has ever had, but in order for them to attract the crowds they could be, there has to be a suitable ground. People have been left disappointed at the lack of work done to the place over the winter months. Supporters shouldn’t be left to become soaking wet at matches during the bad weather.

KEY GAME
The champions get underway at ‘The Home of Football’ against a Candystripes outfit who have been very tricky opposition in Dundalk over the last couple of years. They drew twice at Oriel last year and while they don’t seem to be able to catch The Lilywhites at home, the League Cup final went all the way to penalties and it took a Georgie Kelly goal three minutes from the end of extra-time to send Dundalk into the FAI Cup quarter-final.

Clearly, the first two weeks are very important and Vinny will want the lads to race out of the blocks because last year was a difficult start and while the manner in which they stormed back to take the crown was fantastic, Dermot Desmond’s financial backing of Shamrock Rovers could be a gamechanger.

Rovers, as I always say, are very strong and they’re clearly on the up given the investment that’s gone in, with Liam Scales and Rhys Marshall coming in to strengthen their defence. And the fact that they’re able to field a team in Division One underlines their strength.

But Dundalk should have no fear of them and I’ve every faith in the title being retained at Oriel, even if the standard of the top four or five teams will go up this season, with the top teams beating each other on a regular basis.

People might laugh, but I feel Pat’s could be a dark horse in the title race this year. Stephen O’Donnell has reinvigorated Saints since taking over and he’s followed in the line of Stephen Kenny by bringing a very prominent S&C element to pre-season, getting the team back early. He’s made a few good signings, too, with Robbie Benson a player Dundalk are clearly going to miss.

For me, one of the biggest questions going into the league campaign is Vinny’s predicament up front. Patrick Hoban has done very well in the pre-season games, scoring against Crusaders in Belfast and at home to UCD, and he’s obviously been one of Dundalk’s best players through this era of success.

Pat’s a natural goalscorer and is clearly very determined to retain his place given the talent Georgie Kelly has, but I’d like to see Georgie get more game-time, whether that means playing two strikers or dropping Pat into the No10 position through the season, which I could see working.

I just fear that Georgie, with only a year to go on his contract, won’t stay unless he’s getting regular game-time. He’s one of a number Dundalk should be tying down, Michael Duffy and Patrick McEleney too, as Rovers and Derry could try and entice them away.

Keeping them would show the club’s ambition remains as strong as ever, while it’s important the manager gets a new deal. Vinny has proven to be a shrewd replacement for Stephen Kenny and came close to winning everything on offer last year.

Here’s to hoping he does it all again - maybe even going one better.