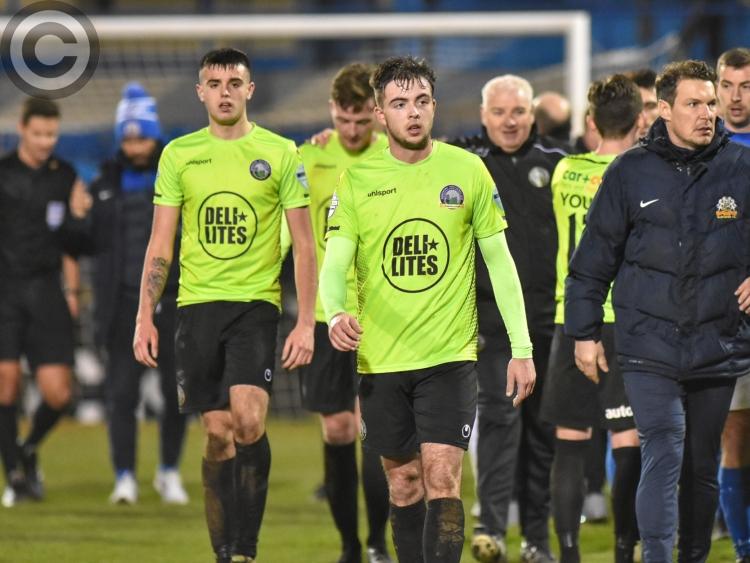 Emmet Hughes has become a regular in Barry Gray's Warrenpoint Town side, having come through the academy at Dundalk FC. (Pic: Brendan Monaghan)

The Milltown men included seven locals players in their 18-man squad for the New Year’s Day defeat by Crusaders, with Anton Reilly missing out on inclusion through injury.

Gavin Smith recently came back into the side following an absence, while youngsters Ryan O’Kane, Ryan McDonnell and Thomas Daly have featured in matchday squads. 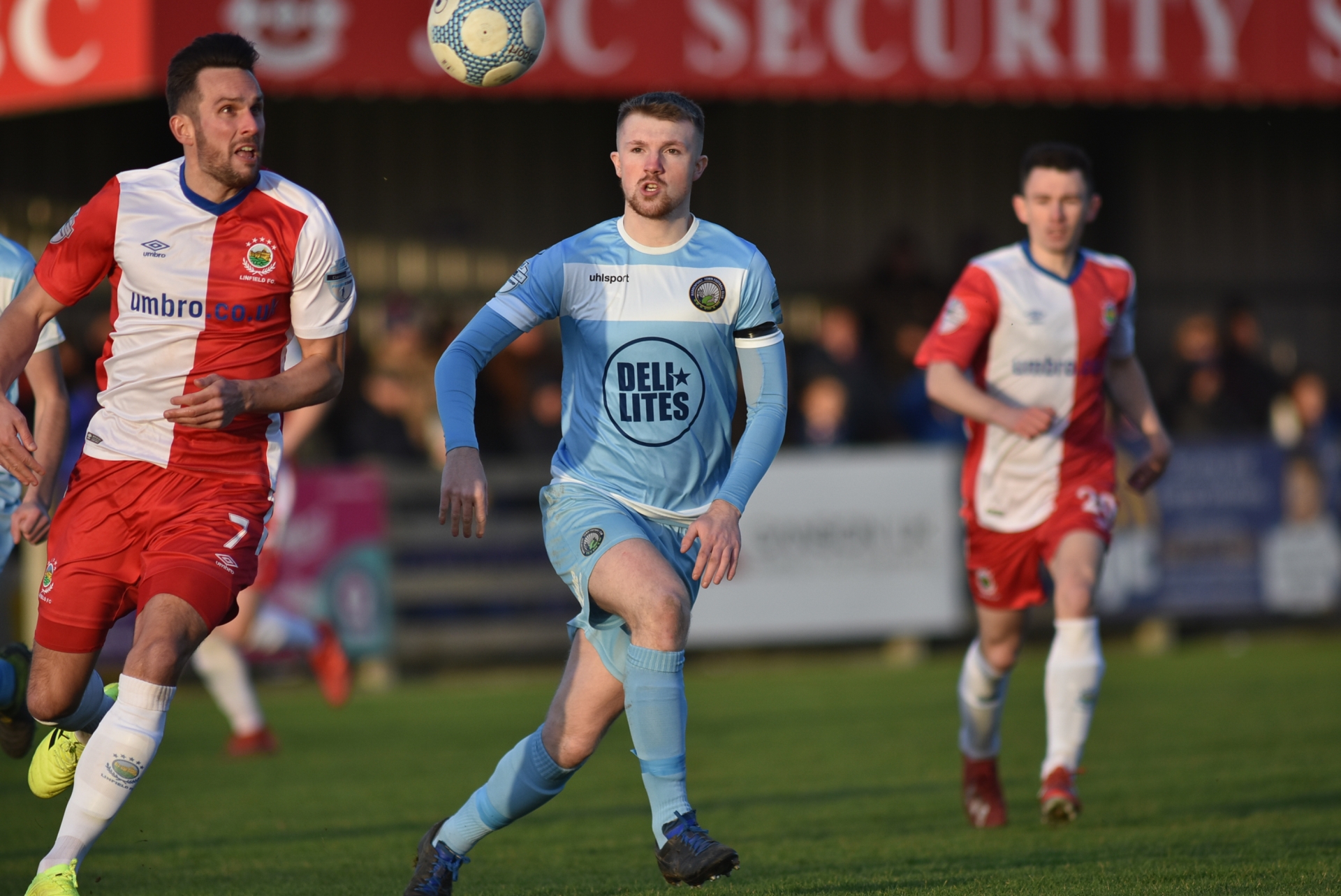 “Footballers, whether they’re from Dundalk or Timbuktu, it won’t bother me in the slightest who brought them. It’s about relationships and they all got their opportunity to stake a claim for their place in my plans and, largely, they’ve done that.

“You need to look at driven players and what they have in their head in terms of the bigger picture. Warrenpoint can offer three things: A career in the Irish League with us; a stepping stone to something brighter and bigger; or a bridge to something over the water.

“We know we’re in that scenario. Each player will need to choose where that path will lead them.

“As I said, the southern market is a big area for us to tap into. You’ve Dundalk, who are sitting so high up, there is a whole band of players there that will never get anywhere near the Dundalk team. We’d like to think that we’re next, under Dundalk, in terms of standing. We’re top tier in the North, they’re top tier in the South.”

Indeed, as with The Lilywhites, the topic of local representation is an issue for some associates of Warrenpoint, but Gray is adamant that spreading the net is the only way to ensure the club continues to grow.

“We get this on a regular basis about having ‘no locals’. What is local? When you play top-tier football there is no such thing as local. All the players who play for Liverpool don’t come from Liverpool.

“Part of our issue when we were coming up through the ranks, at a lower level, was that it was very regionalised and Warrenpoint based players, not even outside Warrenpoint. I would have been one of the first outsiders when I was appointed here and that went down like a lead balloon at the time.

“The localness came out after the first three years and then when you hit a patch, a bad patch, it’s ‘there’s no locals’ and ‘why are we not signing Jimmy down the road?’. There are no ‘Jimmys’ down the road any more; they’re not there.

“You go and pick players where you can get them. You go where the quality is and where you get a mark or a niche. When you go to sign players and balance the books, for me to sign one player from Dublin is the same as travelling four in the same car from Dublin. The cost of travel is exactly the same.

“A club like Dundalk and as successful at senior level as they are at this minute in time, laws of averages would tell you that if they’ve an academy system running underneath that a tiny percentage of those academy kids will make it through and into the first-team.

“I don’t know the stats, but Dundalk now have resources to go out and buy top players and bring them in to play every week. Dundalk are past the stage of being a development club.

“If you’re a young player coming up the levels, your schooling at Dundalk is great, but you’re going to hit an age patch where if you want to hang on to Dundalk your football disappears. You’ll get a tracksuit, sit in the stand and your football will suffer for that.

“If I was going to give advice to a young player coming through, it’s play senior football as quickly and consistently as you can, because that’s what opens doors.”