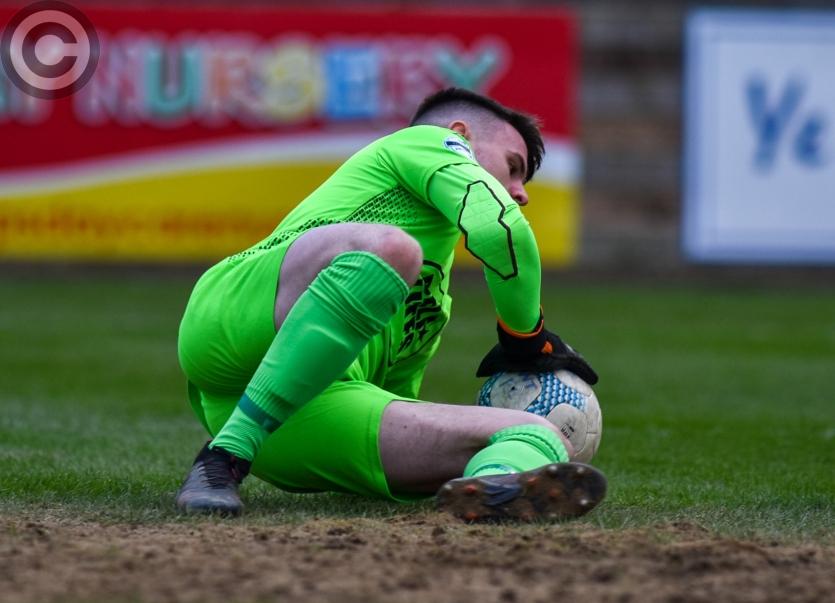 Mark Byrne hopes his star performances for Warrenpoint Town can earn him a move across the water. (Pic: Brendan Monaghan)

Mark Byrne hopes his star performances for Warrenpoint Town can earn him a move across the water.

The Knockbridge youngster, who has established himself as the Point’s first choice ’keeper despite being just 19, has played a key role in Town’s revival since Barry Gray returned as manager in late October.

Warrenpoint had let in 38 goals in 15 matches prior to Byrne making his debut, in an incredible 3-1 win over Coleraine last November, but the strugglers have picked up 10 points to catch relegation rivals Institute, in which time their concession rate has dropped to 15 in nine outings.

“The big thing is to get across the water and that’s my aim,” Byrne told The Democrat.

“I’ll just have to see who comes knocking and weigh-up my options.

“I’m living a professional life at the minute, doing a Dundalk ETB course, which is brilliant. It’s a football development course and I’m fairly close to the coordinator, Paul Smyth. I did the course last year and he’s taken me on again to be a goalkeeping coach, so I’m working with all the boys. 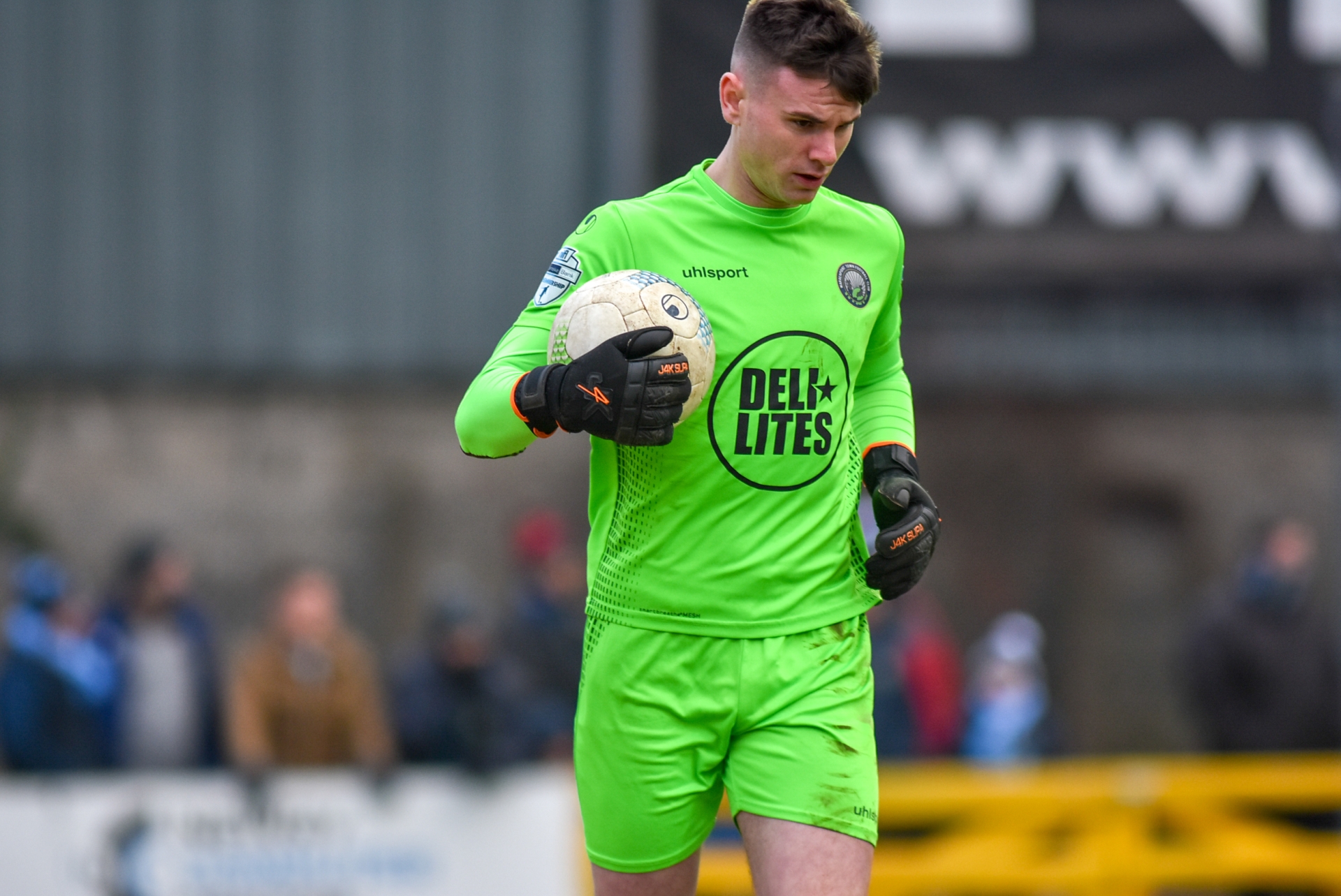 “But, for me, it’s all about getting first-team football and putting myself in the window. It’s my dream to play at the highest level of football.”

His pathway into the senior grade has been rapid, underlining his progression since representing Dundalk Schoolboys’ League sides at the Milk and Gothia Cups.

“I’m happy with how things have gone. Since I’ve come in I’ve held my spot and improved as a player, on and off the pitch. I’m really enjoying it as well which is great.

“I went to Drogheda for an open trial and we played Newry, in a trial match, where I played. I don’t think Drogheda were too keen on signing me, but the Newry goalkeeping coach came over and offered me a chance of coming up to them.

“Then the Warrenpoint U20 manager texted me and I thought ‘why not?, I already know a few boys up there’. I had the trial and the first-team manager liked me and signed me.”

Speaking after their New Year’s Day defeat by title-chasing Crusaders, Gray rated Byrne as “the best player on the pitch today, on both sides” despite the one-sided nature of Town’s 4-0 defeat.

“I don’t think he played a big pile of games before we came in and he’s been maybe fortunate with the new management coming in that he’s been one of the players (to get an opportunity),” Gray added.

“It wasn’t really through a massive amount of choice, it was through circumstances, and he’s taken that opportunity and been fantastic.

“There are areas of his game that he needs to work on, but what he’s done for me since we first started him has been superb. You could go out and hunt for a ’keeper right across the country and not get one with the prospects he has.

“He’s a very grounded individual that knows where he is and what he needs to do. He’s working very closely with our goalkeeping coach at the minute and the two have been brilliant together.”