REVEALED: The PFA Premier League team of the season 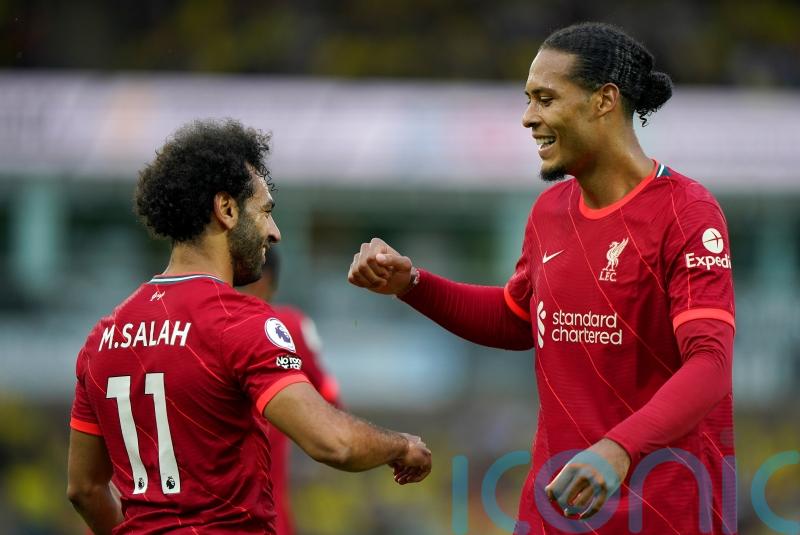 Liverpool made up six of the PFA Premier League team of the year, with three from champions Manchester City.

Liverpool made up six of the PFA Premier League team of the year, with three from champions Manchester City.

Reds goalkeeper Alisson, defenders Trent Alexander-Arnold and Virgil Van Dijk, along with midfielder Thiago Alcantara as well as forwards Sadio Mane and Mohamed Salah were all recognised by their peers and voted into the divisional XI.

City, who edged out Liverpool by a point to win the title on the final day of the season, are represented by full-back Joao Cancelo, playmaker Kevin De Bruyne and midfielder Bernardo Silva. 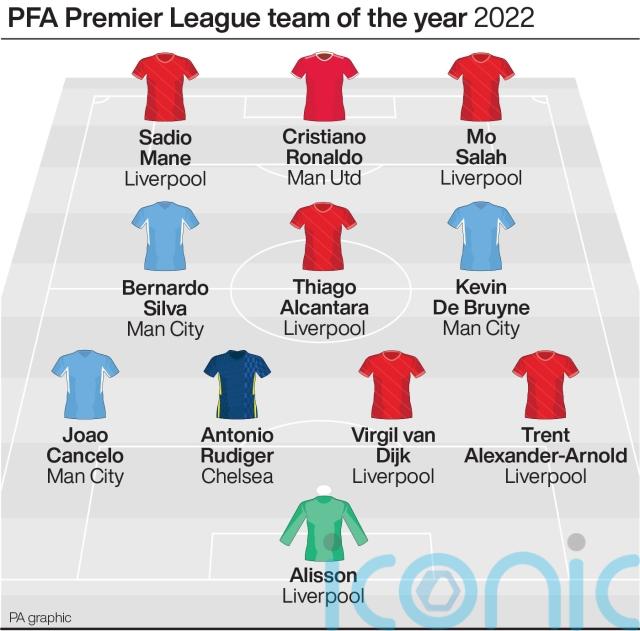 The other two places go to Chelsea defender Antonio Rudiger and Manchester United forward Cristiano Ronaldo, who returned to the England this season after leaving Juventus last summer and scored 18 Premier League goals.

City defender Cancelo was top of the Premier League’s overall passing stats, as the Portugal international made a total of 2,951, while Alexander-Arnold was second in the number of assists with 12.

Salah helped drive Jurgen Klopp’s men to success in both the Caraboa Cup and FA Cup, as well as reaching the Champions League final, where they lost to Real Madrid.

Egypt international Salah finished as the Premier League’s joint top-scorer alongside Tottenham’s Son Heung-min – perhaps a surprise omission from the team of the year – with 23 goals and also lead the assists charts with 13.