TRIVIA: How did these historic Dundalk streets get their names? 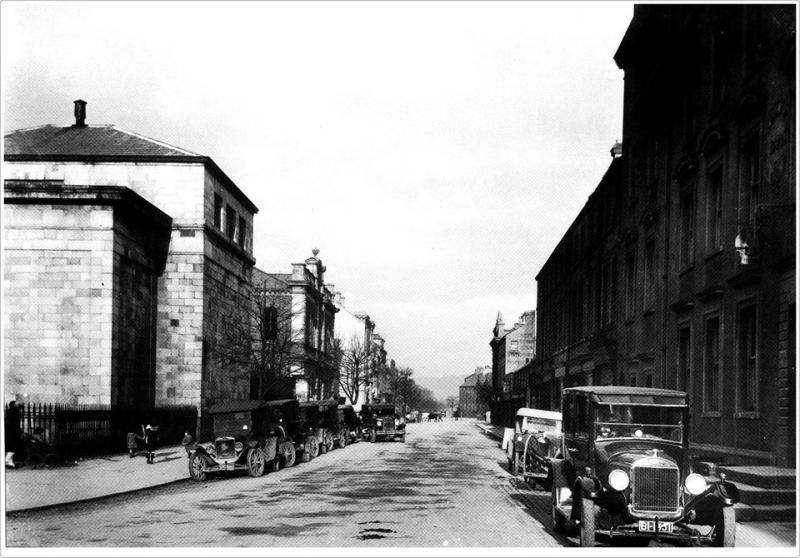 How did Legion Avenue get its name?
These houses at the Castletown Road end of Demesne Road, were built in the early 1920s by the Irish Sailors' and Soldiers' Land Trust, set up by the British Legion in 1922 to provide housing for the families of men who had served in the British forces during World War 1. They were built with the agreement of the Irish Free State under the terms of the Anglo-Irish Treaty.

Camp Street?
This was a very old street that had traversed the old walled town of Dundalk from the back of St. Nicholas Green Church to the Castletown Gate. It had originally been named 'Cam Street' meaning 'crooked'(as in the cam shaft of an engine) because it ran a twisted course across the present Linenhall and Bridge Streets into John Street.
The only remaining portion of it today is the short stretch between Nicholas Street and Linenhall Street at St. Nicholas Catholic Church. The houses along it were re-built by the Dundalk Urban Council in 1949 and named Wolfe Tone Terrace but the roadway retained the old name.

Mill Road?
This is the road from Castletown Cross on the Castletown Road down to St. Joseph's Church. It got its name from an old corn mill which once stood near the back entrance to the De la Salle College. This mill was probably originally powered by a watermill which stood along the Ault Stream which runs down from Castletown Mount to the river at the back of the Fatima housing estate. In the 19th century the mill seems to have been powered by steam, provided by a furnace, with a high chimney only demolished in recent times. George Bassett in his Guide To Louth, published in 1886, says that this mill was then owned by a Thomas Brown, a member of the Stephen Brown Milling company that also owned other properties in Dundalk.

Crowe Street?
This centre town street was originally named James Street, after James Hamilton, Lord Limerick, who became Viscount Roden. It was renamed in 1832 honour of Thomas Crowe, Governor of the old Jail which stood at the back of the Courthouse, in the early part of the 19th century.

Stapleton Place?
This avenue from Dublin Street up to the Louth Infirmary, opened in 1835, was named in honour of Maria Frances Catherine Stapleton, daughter of the 16th Baron le Despencer and first wife of the Third Earl of Roden, Robert Jocelyn, who cut the first sod for the railways in Dundalk, near here in 1845.