What happened in February 1933 that greatly affected Dundalk? 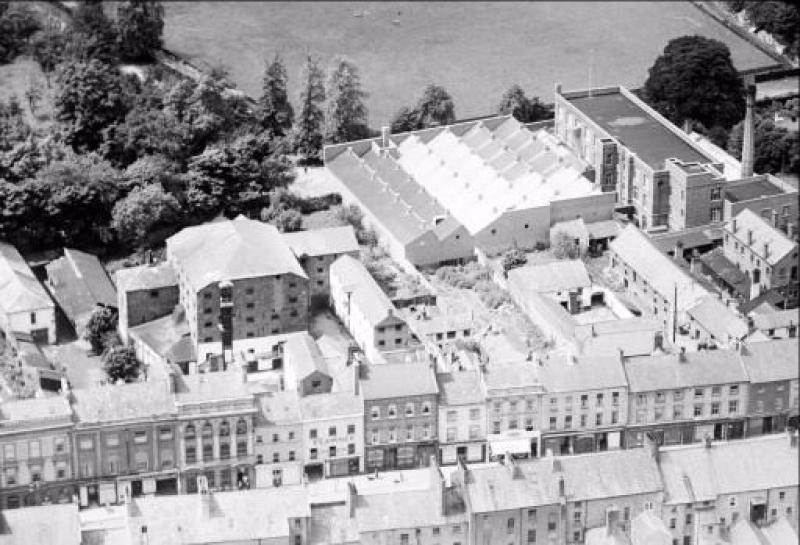 What happened in February 1933 that greatly affected the town?
On January 31, 1933, the G.N.R. (I) network came to a standstill as signal men, porters, engine drivers and firemen went on strike over pay and working hours and the strike threatened to close the Locomotive Works at Ardee Road in which over 800 men were employed.
To make matters worse the only passenger train still in service between Dublin and Belfast was derailed near Dromiskin on the morning of Wednesday February 4 and, as result, two men from Dublin were killed and several local people injured. Suspicion fell on persons employed at the Works but the vast majority of those who worked there were appalled by the action and condemned it. The strike was not settled for another two months.

How did St. Helena Park get its name?
It is not, as you might expect, named after St. Helena, the mother of the Emperor Constantine, but the island of St. Helena in the South Atlantic Ocean where the French Emperor Napoleon Bonaparte was imprisoned after his defeat at the Battle of Waterloo.
In January 1916 the Dundalk Urban District Council decided to create the public park on ground that had been donated to the previous local authority, the Town Commissioners, by the Fourth Earl of Roden in the early 1870s. The Urban Council was dominated by nationalist members and most of them were admirers of Napoleon!

Which Dundalk product was called 'Kerry Blue?
This was a cheaper brand of cigarette that was manufacture by the P.J. Carroll tobacco manufacturing company until the 1950s. It was produced to compete with the small 'Wills Woodbine' cigarettes which were sold in packets of five. The 'Kerry Blue' cigarettes were sold in blue coloured packets of ten and had a drawing of a terrier dog of that breed on the front.

When was the Dundalk Labourers' Society founded?
This Society was formed at meeting Earl Street in 1871. It was formed as a friendly benefit society and its object was to improve the working conditions of lower paid workers in town as they were earning very little. The Trade Unions Act was passed that year, which permitted trade unions to be formed legally for the first time in Britain. The Society flourished and purchased a site for their meetings at 57, Clanbrassil Street in 1886. They had a large membership at the beginning of the last century and became the basis for the local Trade Unions Council.