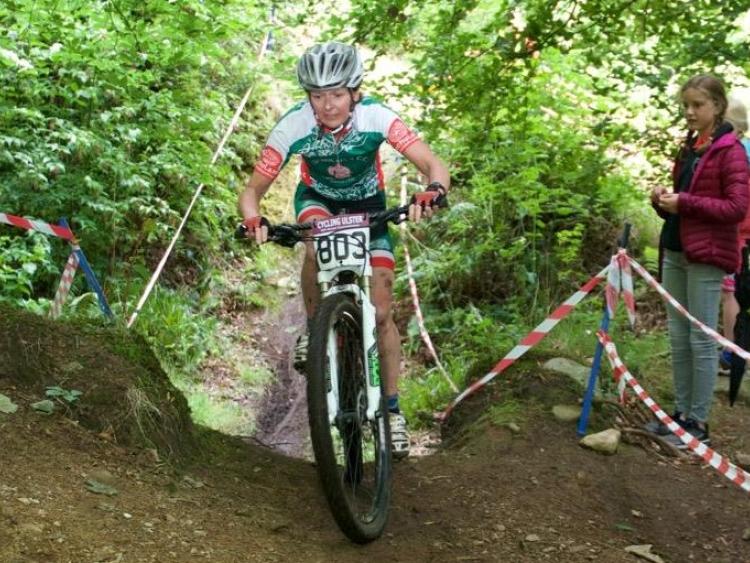 Anne Duffy in action in Ulster MTB Championships over the weekend

Her dominance from start to finish, was such that there was more racing going on behind with Banbridge's Ruth Aiken losing out on a silver medal to Dromara's Wannita Broome. The club also picked up a medal as Declan McCabe claimed the silver in the Masters 50 race.

Next up for the Mountain Bikers is the classic event "Da Cooley Thriller" hosted by Cuchulainn Cycling Club. The event on August 12th will take in some of Cooley's finest scenery and see the senior riders tackle 52km of off road tracks and trails over the mountains.

Meanwhile The Bike Station Summer Cycling League is reaching it's final rounds and defending champion Alan Bingham has been in dominant form of late, taking a number of wins. He currently sits top of the leader board with nine-points to spare over Jamie O'Hare.

The win will definitely come from one of these two riders as third-placed John Loane is another 20-points behind. Ardee's Johanna Rogan is the leading lady .