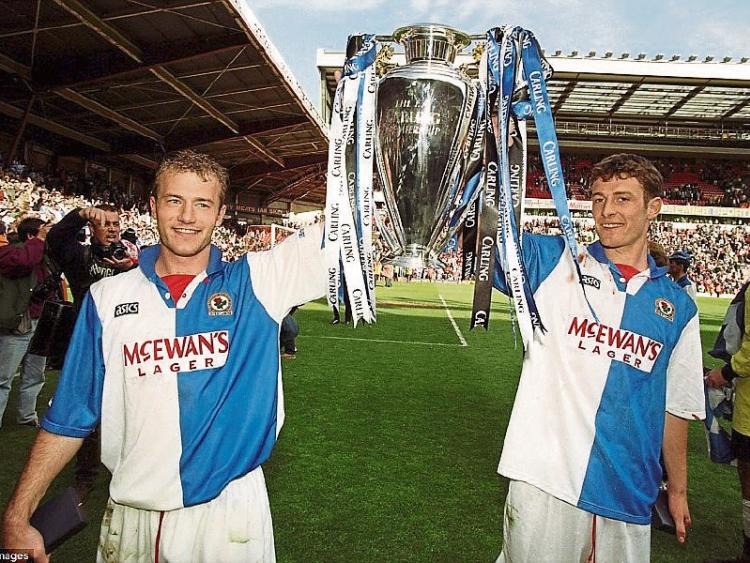 While the domestic football season here is barely up and running, across channel the final furlong is well within sight.

For many fans of the English game this side of the pond it's a time of excitement as they watch their heroes battle either success or failure. Titles or tumbles. Either way it's the squeezing of an entire season's hopes into a few weeks of frantic and fascinating footie.

I'm a Blackburn Rovers fan for my troubles. You may think that I turned to the Lancashire lads following their Premier League win back in 1995. You'd be wrong though. I've followed them since they were promoted to the brand-spanking-new Premier League back in 1992.

I was coming of age at the time and looking for a team to support. The usual suspects of Liverpool, Manchester United or Arsenal were options, but, like the awkward sod I am, I plumped for Jack Walker's newly-promoted Blackburn Rovers instead.

They had Liverpool legend Kenny Dalglish at the helm then and in their first season in the top flight they finished a flattering fourth - nowadays a Champions League place and the open door to untold millions, back then it was a few extra quid from the league and a decent end of season awards p**s-up.

They followed it up a season later with a second place finish, behind the behomoths of Manchester United. I had backed the right horse, or so it looked. And when they went even one better in 1995 and clinched the title I was kissing the badge and lauding my astute choice just a few years earlier.

I proudly strutted around in my blue and white colours that summer, safe in the knowledge that I would have years of success to follow as Rovers dominated the game and perhaps even took a pop at Europe's top clubs.

No sooner had the league trophy been placed in the boardroom at the club's Ewood Park ground than the wheels began to wobble ever so slightly. Kenny Dalglish decided to step back and the rather benign and cosy-looking Ray Harford took over.

Ray had flittered around the lower leagues as a player, made a decent living, but rarely troubled the backpage headlines. Hardly the right man to step into the shoes of Liverpool legend Dalglish. But, he was a good man by all accounts and a man of principle too. He resigned in 1996 following the sale of Christ-like figure Alan Shearer to Newcastle. I'll praise him eternally for that stance.

By the by, I met Shearer once after a match at Ewood Park - let me just pick that name off the ground first. It was at around the same time too. Liverpool were the visitors I believe, and we were on a school tour with Colaiste Ris, organised by the school's (and the town's) soccer-man Gerry Malone.

After the game - in which Rovers keeper Tim Flowers was remarkably deceived by a sneaky mole-hill which popped up in front of him and pushed a bobbling daisy-cutter over his shoulder and into the back of the net - we waited at the entrance to the stadium and blew into our hands until the players came out. Eventually I spied Shearer.

I was nervously holding a camera in one hand and the matchday programme and a pen in the other. As he neared I pushed both towards him and mubbled something even I couldn't understand. He looked at me rather sympathetically and then took the pen and programme and began signing. Shaking violently I raised the camera and popped off a shot before he returned the signed programme to me and departed. I was in awe. The resulting photo managed to only catch the out-of-focus jawline of Shearer. I subsequently spent weeks trying to convince people that it was actually him.

As the years have passed and no more success was forthcoming (bar a largely forgotten league cup win in 2002) I realise that that meeting with Sir Alan of Shearer was the highlight for me as a Rovers fan.

With Shearer departing the club soon after, the whiff of relegation started to rise and a few years afterwards Blackburn were playing the likes of Luton Town in the championship.

They had a brief resurgence in the early to mid-noughties - with a return to the Premier League. But then more bad decisions lumped on top of some excellent financial 'planning' by some chicken farmers put paid to top flight football once again.

Just in case you aren't sure where the club are nowadays, they're enjoying the slumber of a mid-table coma in the championship, and have been for about four seasons now.

It's tough following the forgotten teams of English football. It's tougher still when there's not even the adrenaline-pumping edge of a relegation battle to keep you interested.