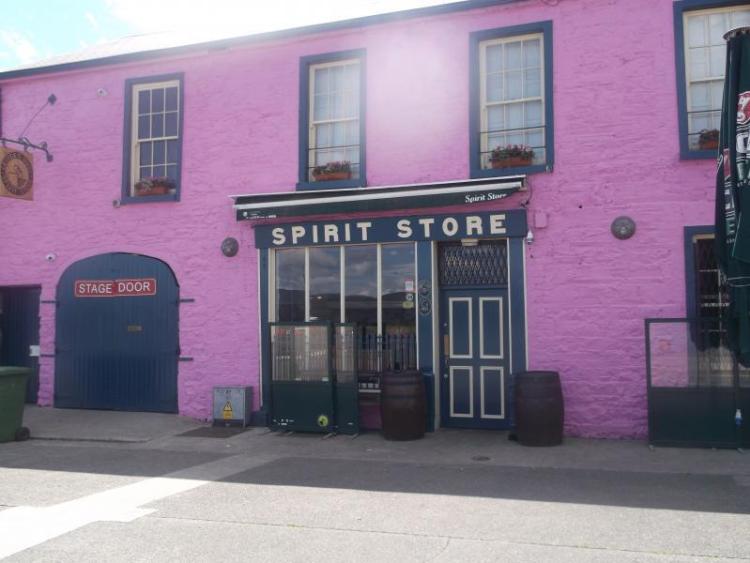 It’s ten years, actually probably a bit more thinking about it now. A decade plus change since the most influential local band you’ve never heard of played their first and last gig.

The band in question was The Art of Lies. And their very short, but checkered history is quite something to recount.

I was the guitarist. And I was not a very good one at that. But, along with two other willing friends we decided that we’d eternally regret not having a stab at forming a rock band. Our talent levels were beyond hope and our finances equally threadbare, but we had a hat-ful of songs we’d written and thought 'what the hell.'

There was a guitarist, a singer, a bassist, but we lacked someone among our number who could keep a beat and make some noise on the drums. Enter the outsider.

There was no other option, we were desperate and we had also, rather self-destructively, signed-up to play a gig as a support act on a Friday night at the Spirit Store in town. We had put the horse before the cart and then basically shot the horse in the head. But we were young, dumb and full of dizzying self-belief.

A drummer arrived to join our number as we practiced in a warehouse just off the Coes Road. He was a friend of a friend. The introduction was short and that initial practice was even shorter; as I snapped the G-string on my guitar.

This was something which seemed to happen regularly over the next week or two. Every time I hit the first chord the string simply popped. I had spares, but it kept happening. This wasn’t going to do. After much brow furrowing and under-breath cursing from the rest of the band I realised that the low temperature of our industrial surroundings was not helping the matter. Enter a Superser and some much needed heat.

We were back in action.

As a support act we were required to play for perhaps twenty minutes and then depart to the ringing cheers of a deeply satisfied crowd. Held aloft on a swaying mass of out-bursting emotion. Failing that, a polite round of applause and a pint from the bar would be sufficient.

With days to go to the gig, we intensified out practices. It was around Christmastime and we even managed a Christmas Eve jam. We were set. The songs were nailed and December 27 was circled on the calendar.

The evening of December 26:

The phone rang late that afternoon. The drummer had pulled out - the evening before the gig. Our four piece had just become three. Balls.

The surviving band members reconvened for an emergency meeting at our industrial base. The Superser had packed in too. God give me strength.

We would go on the following evening – sans drummer.

This meant a late switch to an acoustic set-up. And the lead singer would need to play a keyboard to fill out our unintentionally stripped-down sound. Not a problem.

A tense final session passed off with neither a popped G-string nor the arrival of a replacement drummer. It was on.

The sound-check was a straightforward enough set-up for us. We didn’t have one.

Our bassist had decided to wear a shirt and some pretty decent slacks, leaving me in my mothballed hoodie looking particularly ‘homeless-chic’.

On we went. To rapturous silence. Our lead singer cracked a joke about the missing drummer, who actually turned up at the gig and sat at the back for the duration. The mind boggles.

None of that happened. We slinked off stage at the Spirit Store to mediocre applause (mostly from invited family and friends) and that was the beginning and end of The Art of Lies.

Some weeks later, still surfing the wave of our success, we managed to blag an afternoon in a recording studio in Dublin. Via an ex-boyfriend of my sister we got a shot at recording two songs.

We were still without a drummer, but this would be added-in electronically later on.

For all the failings of The Art of Lies - and there were many - that afternoon in the studio made us feel like anything was possible. Both songs were recorded and we received a CD a couple of weeks later of the finished product.

Needless to say it never charted. It has been heard by only a few and three copies in total were made. One of which resides in a drawer in my parents’ house. Every so often I dust it down and give it a spin. It’s rough, atonal and not very good in all honesty. But it’s something I’m still immensely proud of. We made a record and played a live gig. The history of The Art of Lies may be short, but I wouldn’t have changed a thing.

Perhaps one day I’ll upload it on to YouTube.

You have been warned.