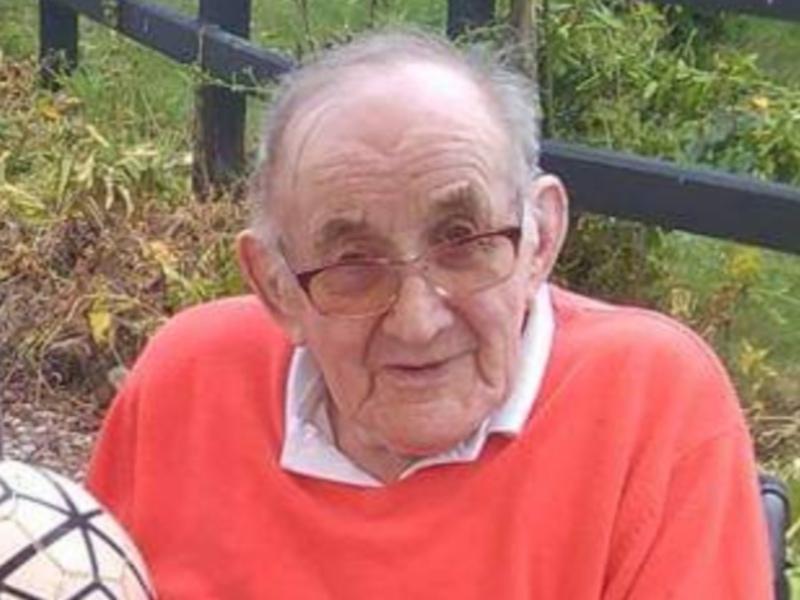 Jack Leonard died peacefully on February 5 last at the venerable age of 93 at his home at Rathbrist Cottages, Tallanstown surrounded by his family.

He lived practically all his life in Tallanstown, during which time he spent nearly all his working career, spanning over 50 years with the Board of Works , mostly employed away from home and ended it as a foreman with authority. When he retired he took a very active part in the local Tidy Towns efforts, and was one of the original members of the local committee.

He was a gifted hand engraver of wood and also a talented painter and had a great fondness for motorcycles. The fact that his mode of transport to and from work was a motorcycle was probably instrumental in that as he travelled long distances to Cork and Kerry in his employment with the Board of Works. He was away from Sunday and returned home on Friday. Also he had a great interest in the TT races in the Isle of Man.

He engaged in various drainage and other schemes over his lengthy career with the Board of Works , graduating to be a foreman and ended it indoors , working from an office in Monaghan for the last half a dozen odd years.

In his long and active retirement he employed his fine wood engraving skills in helping the Tidy Towns enhance the village, particularly in regard to signage. He loved doing woodwork and engraving

Painting was also a favourite pastime of Jack, and attended the Dundalk Day Care Centre where he practised his skills. He was very adept at doing most things, especially in the line of fixing or repairing items about the home.

He enjoyed going to the Ardee Day Care centre which he attended five days a week until his mobility was restricted four years ago and needed the aid of a wheelchair.

Jack was born in Grange, Knockbridge, the only son of Joseph and Mary Leonard (nee Rogers) who also had three daughters.

At a young age, the family moved to Tallanstown. After school Jack was involved in the building trade, and worked on the construction of the houses at Rathbrist where he was later to live for half a century after his marraige. He helped make the bricks that went into the cottages. He met with his wife- to-be Patricia Carolan from Dundalk at a dance when they were both in their late teens.

The couple lived in the Fatima estate in Dundalk in the early years of their marriage, and it was there that their seven children were born.

Jack was predeceased by wife, Patricia, sister, Kitty along with his parents, Joseph and Mary.

After reposing at his home on the Friday Jack was taken on Saturday morning to the Church of Immaculate Conception Louth for Requiem Mass. Father Gerry Campbell PP Knockbridge was the celebrant and delivered the eulogy.

A painting, a wood engraving, a miniature motor cycle and a photograph of Jack were laid before the altar as symbols of his life.

The Prayers of the Faithful were led by his grandchildren, while the Offertory gifts were presented by sons Aidan and Gerard.

Grand niece Adelle Cummins read a poem and the music was provided by Tina Watters.

Jack was interred in the adjoining cemetery.