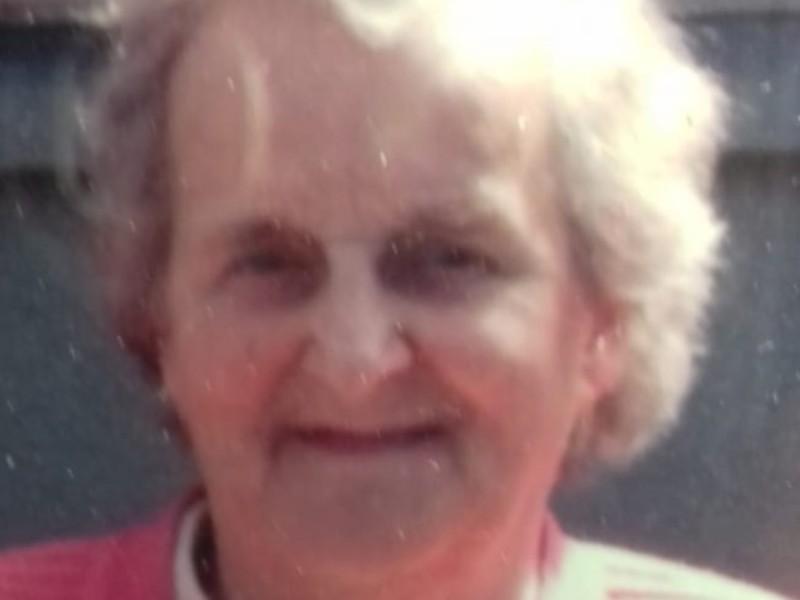 Eileen Fox was a lady who had to contend with the murder of a brother, the early death of her husband and the loss of her beloved daughter in a life marred by one tragedy after another. These were blows that would have crushed many with a lesser spirit and resilience.

Her strength was remarkable but even she was put to the test with the murder in May 1976 of her brother Seamus Ludlow, Culfore at the age of 47. The investigation into his fatal shooting close to his home left his family with more questions than answers and they are still trying to get to the bottom of it and obtain justice for him 44 years later. The tragedy stayed with Eileen throughout her life.

Only eight years later she lost her husband Tommy at the age of 47. Tommy was her one and only love and they had a wonderful life together. In the year 2000 her 39 year old daughter Marie died suddenly and Eileen had to endure another huge tragedy. The hurt and pain she suffered was always there but it did not stop her from getting on with her life.

She worked until she was nearly 70 and within a short time contracted Alzheimer’ s disease that she and her family sadly lived with for the last dozen odd years.

For the last decade she was a resident in Saint Oliver Plunkett Hospital and in total contrast the family who felt let down by the Government and Gardai in regard to the murder of her brother, couldn’t speak highly enough of how she was cared for by the committed nurses and staff there. She was one of the longest patients there and struck up a great relationship with staff.

Eileen was born and reared at Thistle Cross and lived her entire life in the locality. She was one of a large family of James Ludlow who hailed from Meath and Annie McArdle from Faughart.

She and future husband Tommy Fox attended Faughart National School. Tommy lived less than a mile away in Mountpleasant.

Eileen was 22 when they married. They lived for a short number of years in Proleek before being provided with a new home by the county council which was built in the garden of Eileen’s family home.

Eileen worked in the local shoe industry in her younger years after finishing school. As the couple’s four children came along, she combined the role of mother and housewife with working part-time nearby in the Ballymascanlon Hotel. She also worked at a later stage in the Sportsman Inn.

She was hard working and caring and enjoyed her bingo, and going with her husband for a drink at the weekend to socialise with friends and neighbours. She also enjoyed her knitting and gardening was another great pleasure of hers.

It was a great testament to Eileen that the memory of her recalled over her wake and funeral was of her jolly personality, a person who stopped and talked and laughed with people.

She was a great mother as well as a great friend and confidant, and was well loved and respected by all.

She passed away peacefully on February 22 last in the tender and dedicated care of the staff of Saint Cecelia's, Saint Oliver Plunkett Hospital. She is sadly missed by her sons, Jimmy and Thomas, daughter, Ann, daughters-in-law Roisín and Valerie, son-in-law Robbie, grandchildren, great-grandchildren, brother Kevin, nephews, nieces, relatives and friends.

After reposing at her home on the Saturday and Sunday, Eileen’s remains were removed to Saint Mary's Church, Ravensdale on the Monday.

Eileen’s grandchildren and great-grandchildren took a big part in the Mass, including laying symbols of her life at the altar. They included her bingo board, wedding photograph, a can of Guinness, Saint Brigid cross and holy water along with her knitting needles and wool.

They led the Prayers of the faithful, and read the Readings, and brought the Offertory gifts to the altar.

Her grandson Patrick and a friend also provided the beautiful music.