OBITUARY: John Hoey always met you with a smile and a kind word 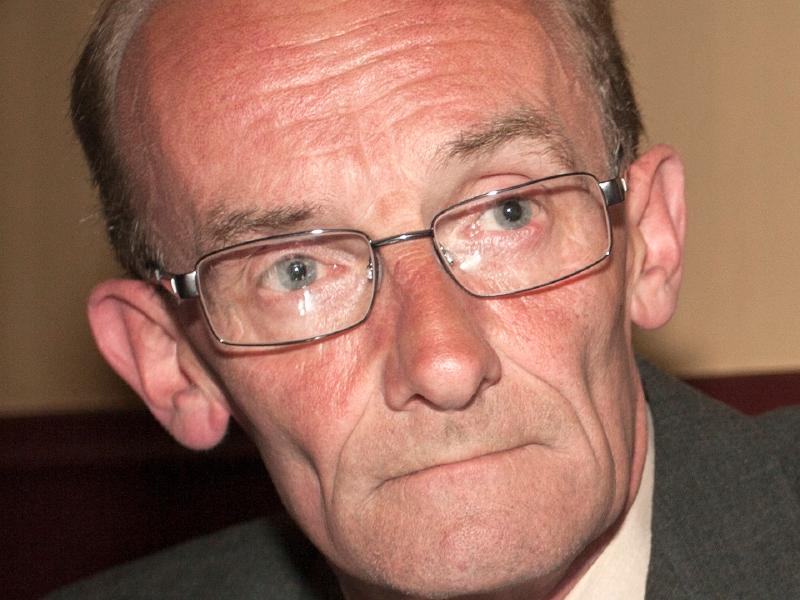 He was the son of his loving father John (snr.) and predeceased by his mother Mona.

John was one of four children, his elder siblings being his sister Margaret Gray and brother Michael. He was the identical twin brother of Jim and could only be instantly identified correctly by the closest family members. He took delight when he spotted the confusion in people’s eyes upon having to attempt to work out which twin they were talking to and they often took the safe option of simply addressing him as “J”.

From an early age John had a strong passion for his beloved football team Dundalk FC and he travelled the country cheering "C'mon the Town". He stepped up to the mark when he proudly served as Chairman of the Dundalk Supporters Club for a period of time and always looked upon it as an honour.

He met everyone with a warm smile, greeting them with kind words and enjoyed a good chat.

Over the years he enjoyed applying himself to a variety of aspects of life from being a quizmaster at fund raising events to playing pool and whether he won or lost he always cherished the greater prize of being in the company of good friends and simply having a laugh.

John developed a great love for gardening, spending many hours designing and redesigning his parents' garden while incorporating many features into it for them to enjoy.

His best buddy was 'Jake' the family dog and they wandered on walks not to places John chose but rather to whatever routes Jake dragged him along to.

He had a firm faith and was very prayerful privately. Early in life he was an altar server and his religious beliefs became particularly engrained following a trip to Lourdes with the Armagh Diocese which had a profound influence on his outlook to life.

He applied his skills across a range of employments as a bar tender, window blinds maker and particularly enjoyed his employment with Duffy's hardware shop in Clanbrassil Street, Dundalk.

After reposing at his family home, his funeral Mass was celebrated on Wednesday, February 12 by Father Magnus Ogbonna in Saint Nicholas' Church. Family members across all age groups personalised the mass by lovingly contributing to the various roles in the final celebration of John's life.

John’s Month's Mind Mass will be celebrated on Sunday March 8 in Saint. Nicholas' Church at 12:00 noon.

The family graciously thank all who befriended John and supported him throughout his life.