OBITUARY: Ann Dullaghan was a gifted seamtress who shared her knowledge with many 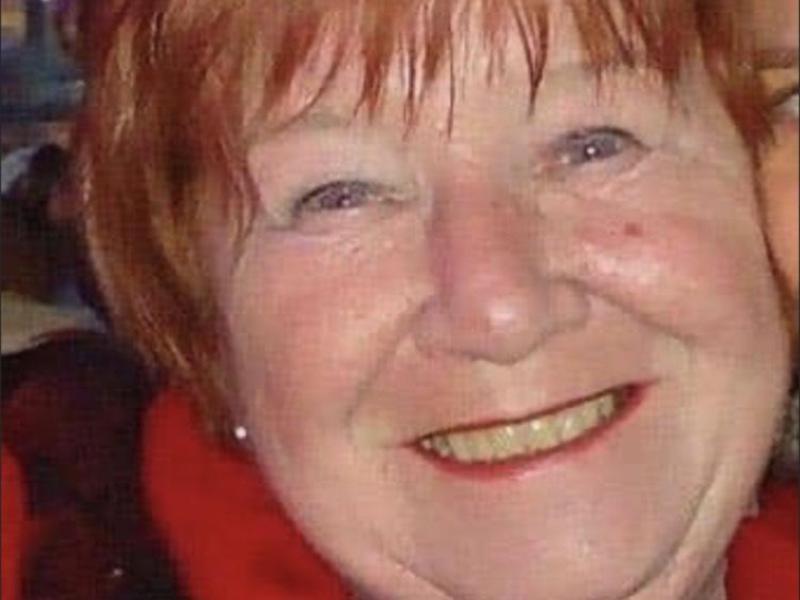 Ann Dullaghan who recently passed away was a lady with a great love of family, of people and had a great zest for life which she lived to the full sharing her gifts with others.

She was a woman of great faith especially in Our Lady and Saint Martin.

This lifelong faith enabled her to face stoically and bravely her own challenge when diagnosed with illness. Her illness and subsequent treatment did not slow her down and she carried on with volunteering work up until she passed away.

A gifted seamstress she volunteered four days a week teaching sewing and other crafts at the Cluain Mhuire centre in Newry.

She shared her skills for the benefit of others including those struggling with addictions and had a real affinity with people with her outgoing personality.

She always wished to be busy, staying active and helping people.

Ann was from the town’s Nicholas Street, the youngest of two daughters born to Mary Rose (Lena) and Peter Daly.

Her school days were spent in Castletown girls and Fatima National Schools.

Straight from school she went to work at the age of 13 in the town’s Textiles factory off Clanbrassil Street where she was employed for a large part of her life. She left this employment to raise a family.

On her return to work, for a short time she was employed on the second shift in the local Ecco electronics plant before returning to the Textiles factory where her passion for sewing lay.

With knitting and sewing her forte, she was very adept and exceedingly quick in knitting Aran jumpers, one of which she could complete in a day and provided family and friends with an ample supply.

Her family moved to Marian Park when she was 12 years old, and she continued to live there when she married husband Gerry who hailed from Bachelor’s Walk.

Later in life Ann moved to Manydown Close where she resided in her final years.

Ann was first and foremost a family person and all five of her grandchildren held a very special place in her heart.

She loved socialising, in particular going for a coffee with a group of friends each morning which brought her great joy.

She was also a great lover of music of all genres and was a big fan of Neil Diamond, and attended a number of his concerts.

She liked soccer and Celtic was her favourite team.

She travelled to see them play on a couple of occasions taking her grandson on some of these trips. Ann was an avid reader and had a particular preference for True Crime stories.

Ann passed away peacefully surrounded by her loving family in the kind and gentle care of the staff at Our Lady of Lourdes Hospital, Drogheda on November 15 last.

Her family are very grateful to the staff of the High Dependency Unit and also Ann’s doctor Ciarin Cairns for the care and attention she provided throughout all of Ann’s treatment. They are also very grateful to Dixon’s Undertakers.

Ann was predeceased by her parents, Lena and Peter, sister Marie (Kemp) and brother-in-law, Ollie (Kemp). She will be sadly missed and remembered with love by her husband, Gerry, daughters, Catherine and Rosemary, son Martin, sons-in-laws Paul and Joe, doting grandchildren, Shane, Gerard, Jakey, Cian and Emma, nieces, nephews and a very large circle of friends.

After reposing at her home on the Saturday and Sunday, Ann’s remains were taken to Saint Joseph’s Redemptorist Church on Monday.

The Readings were given by nephew Robert Kemp and lifelong family friend Ann Doyle.

The Prayers of the Faithful were led by Allie Duffy, Emma Kieran, Paul Kieran and Jakey Clarke.

Symbols of her life were laid before the altar. These included a cushion to symbolise her love of sewing, a coffee mug, a Celtic FC badge, CD and a pair of pyjamas.

The offertory gifts were brought to the altar by sisters in laws, Briege Dullaghan and Fiona Dullaghan.

Cousin Daniel Doyle provided beautiful music on the flute while the soloist was Margaret Brennan and Seamus Brett the organist.