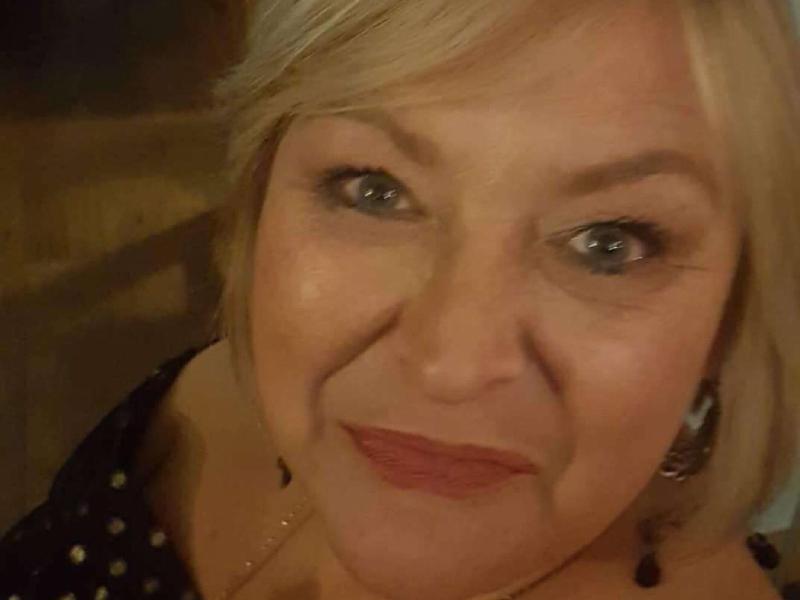 The sudden death of Kathleen Bolton Callan on December 30 last was devastating for her husband and family.

She hadn’t enjoyed the best of health for the last two years but she had been out the previous night and was in the best of form and her death was totally unexpected and the deep shock and grief felt was widespread.

Kathleen was a loving and caring lady with a bubbly personality to whom family meant everything.

But she wasn’t slow in letting her opinion known if something was said out of place or with which she disagreed.

Her passing has left a void that never will be filled for husband John and their five children and other close family.

She was so proud of her first granddaughter, and coincidently her death occurred on the first birthday anniversary of Millie.

But she touched so many lives which was underlined by the extraordinary number who viewed her passing on the RIP web site.

This along with the support of such a large number of sympathisers, some who travelled quite a distance to be with the family over the course of the funeral was of much comfort and greatly appreciated. The happy memories also that John and the family have of Kathleen will help to sustain them in the sad and lonely days they will face.

Formerly Miss Kathleen Maddy, life began for Kathleen in Coventry. With one brother Dean, she was the younger of two children

She spent her early school years in Coventry, but at ten her family moved to Dundalk. She continued her education in Castletown Girls School and Saint Louis secondary college.

Her parents ran a chip shop on Castletown Road, and the family home was in Father Murray Park.

Kathleen worked in various jobs in town when she commenced work, including Blackthorn Shoes, Four Lanterns takeaway restaurant in Park Street, Vodafone call centre on the Ramparts where she spent ten years.

She also was a receptionist in the Citizens Advice Centre and her last employment was in Boyle Sports on the Finnabair Industrial estate.

It was while employed in the Four Lanterns that Kathleen met John, who also worked there at the time.

She lived in Glenwood estate on the Dublin Road where her first three children from her first marriage grew up.

She and John set up home first in Ashbrooke and moved to live in Belfry Drive, Saint Alphonsus Road in 2003. Kathleen was the one mainly responsible for turning it into a loving, caring and lovely home, with the couple having two children together bringing their family to five.

She loved music and the couple shared a love of country music, travel and holidays.

They fulfilled a dream they both had of going to Nashville, home of country music in 2018. They made a holiday out of the trip taking in New York.

Kathleen especially loved Portugal for holidays. She visited the country some 17 times with Praia De Rocha her favourite resort on the Algarve.

She was to New York a few times, and the couple spent their honeymoon in the Maldives, the island located in the Arabian Sea of the Indian Ocean. Paris, Rome, London, Glasgow, Liverpool and Birmingham were included in the list of cities that Kathleen also visited.

Two of her other passions were fashion and glamour, and always took great care over her appearance. She enjoyed shopping, and especially loved Christmas, earning the sobriquet “Mrs Christmas.

But she always had the homeless ands those down on their luck in her heart, and showed her kindness wherever she went in a practical way, such as buying clothes or providing them with drinks and food.

Through her illness over the last couple of years she kept out and about with the aid in latter times of a mobile scooter in respect of which she became known as “Killer Kate” with her hurried driving.

She carried on living with her passion for shopping undiminished, visiting the Bordeaux market early in December. A regular social outing for her was to Oriel Park on a Sunday night.

She reposed at her home on New Year’s Day, and was removed the next day, Thursday to Saint Joseph’s Redemptorist Church. Funeral Mass was celebrated by Father Eamon Kavanagh CSsR.

Conor Nicholson, a close family friend, spoke eloquently of Kathleen and what she meant to everybody.

Her nephews and nieces laid symbols before the altar that represented her life. These included her passport, picture of her granddaughter, Millie and her five children, along with a packet of cigarettes and a gin glass.

The Readings were given by nephew Aaron Callan and friend Jamie Kennedy. while the Prayers of the Faithful were read by son, Jason, Michelle and Grainne Callan and Hannah Kerley.

Cousins Pat and Debbie from Coventry brought up the Offertory Gifts.

The lovely music was provided by Ruth Kelly and Paddy Neary.