Patsy Anderson was part of a well respected Dundalk family 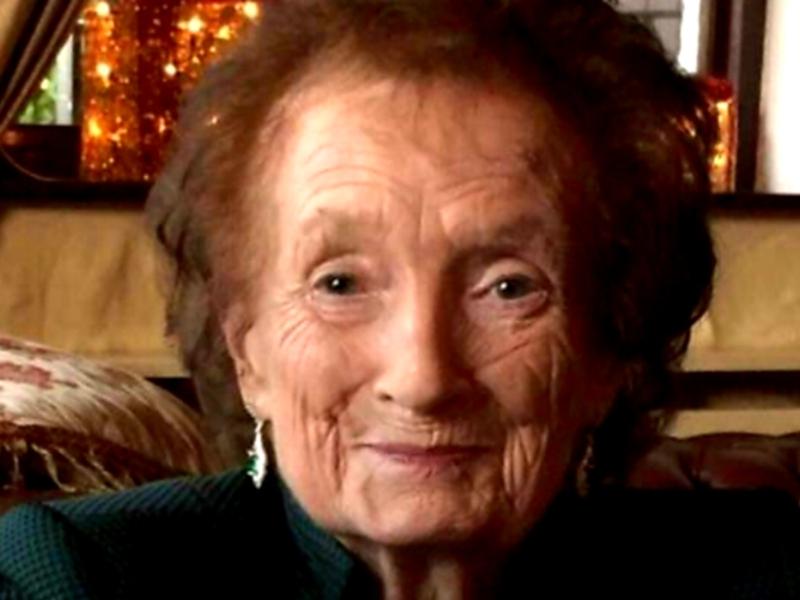 Her brother Jackie had a long and very active association with soccer in town at schoolboy level and with Dundalk FC of which he was a board director.

Another brother Gerry was an accomplished boxer winning several bouts both in this country and abroad.

Patsy was a lady who lived for her family.

Her life revolved round her late husband Billy and their children and running the family home, and was also a proud and delighted grandmother when her grandchildren arrived.

She was born in Bootle, Liverpool to the late Kitty and Frank Henry and later grew up in McSwiney Street, attending school locally.

Her sister Molly died in infancy, and her three brothers, Jackie, Frankie and Gerry also predeceased her.

She worked in the Pinny factory in town. She was a very sociable person in her younger years and loved dancing.

This was how she met and married Billy Anderson from Saint Malachy’s Villas.

They were blessed with three children of whom she was very protective and later her grandchildren.

The family resided at Ladywell Square.

Billy worked in Macardle Moore brewery from where he retired early.

Patsy had a great love of fashion and was very stylish right up to her death.

She was an accomplished dressmaker and in her early years made her own clothes. She was also a gifted knitter with Arans being her speciality.

Patsy relaxed by watching television, loving all detective programmes and was an avid reader.

She passed away peacefully in the love and tender care of the Louth County Hospital on May 20 last.

After reposing at the residence of her daughter Frances Casey at The Meadows, Point Road, she was taken to Saint Nicholas' Church on the Wednesday. Requiem Mass was celebrated by Fathers Maciej Zacharek CC who delivered the eulogy.

Symbols of Patsy’s life, including a picture of her, a book and television remote control were laid before the altar by daughter-in-law, Elizabeth, son-in-law, Colin Martin and granddaughter, Stephanie Martin.

The Prayers of the Faithful were led by daughter, Marie, along with grandsons, Adam Martin, Dylan Anderson and David Casey.

The Readings were given by daughter Frances and grandson, Jamie Anderson.

The Offertory gifts were presented by granddaughter, Karley Anderson and grandson, Mark Casey.

The music was provided by organist, Brendan McCourt and singer, Sarah McCourt.

The Month's Mind Mass for Patsy will take place on Sunday, 23rd June, at 12 noon in Saint Nicholas' Church.