Nadine Morelli had the fullest admiration of her whole family 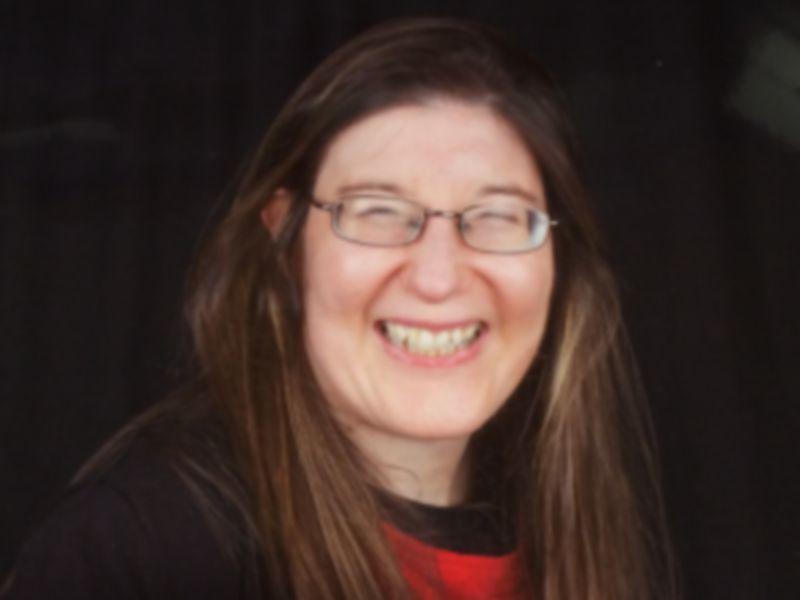 The death of Nadine Morelli took place on September 20 last at the quite young age of 38. She passed away peacefully at her residence at Chapel Street, Dundalk surrounded by her family following a short illness that she bore with great equanimity.

Nadine was the elder of two daughters of Domenico and Ann Morelli. Her mother sadly died in 2008.

Nadine displayed a happy demeanor which she retained through her illness and earned the fullest admiration of family and all who cared for her.

She was a day pupil of Saint John of God’s Drumcar from her early years, for most of which she lived with her grandparents Tom and Marie Mullen. As a teenager she took up residence at the centre before moving into community living, first on the Carrick Road and then Blackrock before finally Chapel Street where she spent roughly the last decade of her life.

She was very happy there and immensely well cared for by the staff and volunteers with whose support and encouragement she was able to live the way she wished and engage in the activities that she enjoyed.

She loved watching DVDs and was really into screen superheroes, with king of the lot for her “Spiderman”. One of her greatest pleasures was a visit arranged by the “Make a Wish” foundation at the request of one of her carers Jason for “Spiderman” to come in person to see her at her residence . He came weeks before her death with a present and signed an autograph for Nadine

She gained great pleasure from her Tablet and going into YouTube. She also enjoyed magazines and books and was a keen follower of television soap series, with Emmerdale her favourite in recent times. She also loved the comedy series Mrs Brown’s Boys.

She also enjoyed outings to the cinema which were regularly facilitated by her friend Hamilton.

Music particularly of Boyzone gave her great pleasure. A big highlight for her was to attend a concert by the band in Belfast and to meet the members backstage and especially her idol Stephen Gately in one of his last shows with the band.

She also participated at swimming in the Special Olympics and with much success. The medals she won were among the symbols that were laid before the altar at her funeral Mass. Others included two family photographs and a Spider Man and Mrs Browns Boys DVD.

She reposed at her Chapel Street residence on the Friday and her remains taken the next day to Saint Fursey’s Church Haggardstown.

In what was a fitting celebration of her life her friends from Chapel Street and Saint John of God joined in movement and singing the songs she loved.

These included from her favourite band Boyzone as she was taken from the church to be laid to rest in the adjoining cemetery and at the graveside.

Her niece Anna and best friend, Pauline participated in the Offertory Procession.

A really touching part was the reading of a poem by staff member Jason dedicated to Nadine written by house manager Alison. The opening line was “Heaven has gained a special lady” and described how she was so very special in all their hearts, and her capacity to make people smile.

She now would get the opportunity to sing together with her favourite singer the song she most loved “Love me for a Reason.”

Nadine’s Month’s Mind Mass is on Sunday, October 28 in Saint Fursey’s Church, Haggardstown at 11am

She will be sadly missed by her heartbroken sister Amanda, brother-in-law, Paul, , her beloved nieces and nephew, Anna, Lilly and Adam, dad, Domenico, uncles, aunts, cousins, her loving friends and the staff of Saint John of God community, and all who had the pleasure of knowing her.