Harry Lawrence had a strong attachment to home 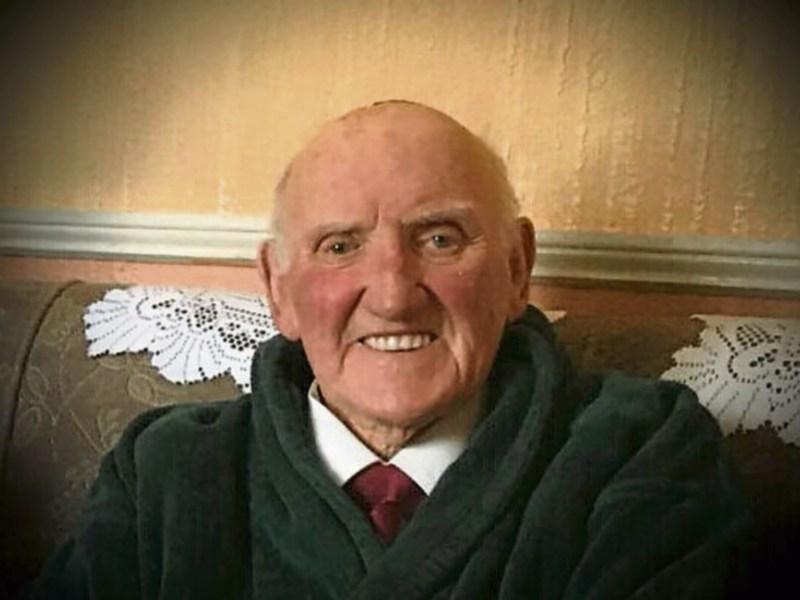 Harry Lawrence who died on July 29 last was a member of a well known and highly respected Dundalk family who worked for most of his working career in Aer Lingus.

He had a strong attachment to his hometown and shared with his brothers a big love of horse and greyhound racing, and formed a highly successful partnership with local dog owner and trainer Paddy Duffy from Haggardstown.

Above all he was a committed family man who set up home in Swords after returning from a spell in England and meeting and marrying his wife Pauline.

His religion was central to his long, active and healthy life with his death occurring peacefully after a short illness in Louth County Hospital, surrounded by his family.

He was one of six sons of the late Edward and Elizabeth Lawrence from the town’s McSwiney Street. Sadly Tom passed away in infancy, and Harry was predeceased two years ago by a second brother David.

He attended the De La Salle School following which he served his time as an upholsterer in the GNR on the Ardee Road. When the plant closed Harry headed off in the 1950s to England where he worked in London.

He returned to Ireland and gained employment with the state airline and remained with Aer Lingus until he retired.

He enjoyed his time there and made a lot of friends

On his return to the country, he met with Pauline who hailed from Limerick and they married and had a family of four, son Aidan and daughters, Marion, Helen and Roisin.

Harry was a loving family man, and cherished his children.

A highlight for him was a visit to daughter Marion and her husband Vincent in France a couple of years ago.

He had a strong bond with his brothers with whom he shared similar interests and hobbies and they were close knit.

He was a visitor to the renowned Ascot racecourse when in England, and travelled over with his brothers to the Cheltenham national hunt festival.

In latter years he moved back to Dundalk to take care of his mother when she became ill.

It provided him with the opportunity to renew old friendships and loved meeting up with friends.

He teamed up with Paddy Duffy from Haggardstown and they bought a number of greyhounds.

With Paddy a fine trainer they chalked up an impressive string of successes, with a total of 79 winners, with “Brisbane Bound” the most prolific with wins running into double figures. “Rite of Passage” was also a multiple winner.

It provided Harry with a new lease of life, enjoying the craic and social aspect of attending various tracks from Drumbo Park in the North to Shelbourne Park and Harold’s Cross, as well as Dundalk, and made a number of close friends like Francie Reynolds and his wife from Lurgan.

He was a man who enjoyed socialising, dropping in a couple of times a week to regular haunt “The Stag’s Head” Linenhall Street whose owners were very good to him.

When Harry and Ollie McConnon got together the craic would be ninety.

He retained that sense of fun and humour in his final weeks when taken into hospital, first Our Lady of Lourdes, and then Louth County Hospital.

He had a joke to share with family and other visitors.

His family are greatly appreciative of the care he received from the staff in both hospitals.

Harry was a man of routine, with his religion central to it.

He returned home to take his dog Jessie for a walk and do whatever shopping he required.

Judy and Daisy were two other pet dogs he had over the years, to whom he was deeply attached.

He reposed at Quinns Funeral Home on the Tuesday and was taken the short journey to Saint Nicholas Church the next morning.

His nephews and nieces did the Readings and led the Prayers of the Faithful.

His grandson Tom took up symbols of his life.