Brendan Gaughran was a driving force for Irish music 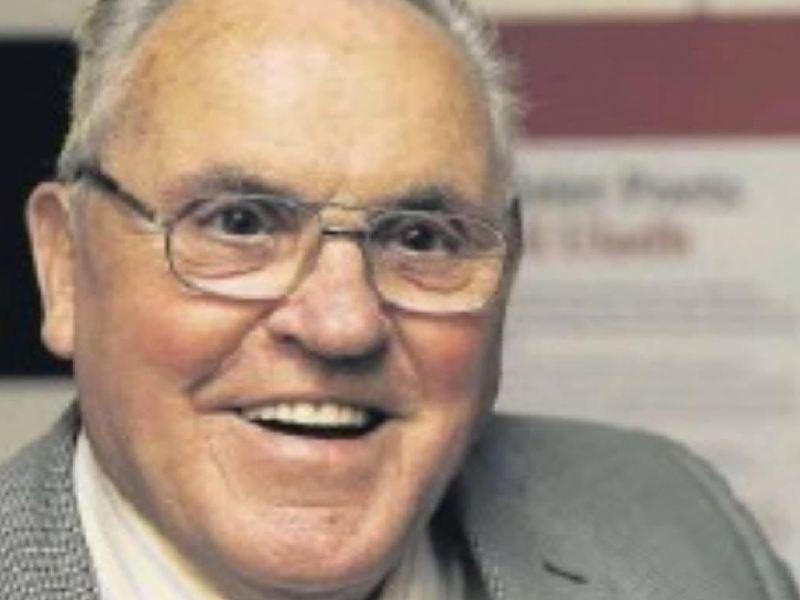 Brendan was a very sincere and unassuming person who rarely if ever sought the limelight thus many of his talents and good deeds went unnoticed.

He was also involved over many years in using his musical talents with Geraldine Mc Gee and Joe Martin and many others in the services to our elderly and the community.

Brendan was aged 84, born on October 26, 1933 to Joe and Mary Gaughran, one of eight children. He was predeceased by his brothers Bernie, Paddy and Joe, and sisters Marie and Sheila. His sisters Kitty and Eithne survive him.

Brendan attended the De La Salle Primary and Secondary schools and was one of two students who did the Leaving Certificate.

After school he joined the Dundalk GPO where he spent 40 years working as a clerk, save for a period of five years when he was employed as a fulltime Leinster Reachtaire for Cómhaltas.

During that time, he travelled around the province of Leinster setting up classes for children and helping to form branches and encouraging members to become more active in their areas.

In August 1975, he married Mary Mullally from Mullingar who was also very active in Cómhaltas and they resided in Mc Swiney Street from 1983.

Brendan and Mary enjoyed working together at Fleadhs and travelling together. America, Australia, Singapore and Canada were among the many places they visited

He loved his visits to Clare to see Mary’s relations and to Sligo for the many music sessions. He enjoyed fishing and was a very good card player.

However, it was through his dedication to music he will be best remembered. He was a self-taught piano player and had a lovely singing voice.

However, 1958 saw the emergence of the Siamsa Céilí Band and he became their piano player thus ending his official Ragtime and Showband involvement.

Brendan became hooked on traditional music and from 1959 to almost the day he died he continued to devote considerable energy in a totally voluntary capacity to the promotion of traditional musical culture.

He was part of the Cómhaltas groups who toured Britain, America and Canada. The Siamsa Céilí Band went on the first ever Cómhaltas tour to America.

In 1959 the first AGM of Craobh Dún Dealgan took place and Brendan was elected Secretary and Treasurer, holding both positions for nine years and Treasurer for a further 16 years.

Brendan lent his expertise to several schools in Dundalk. He taught the Slógadh Bands in the CBS for 11 years 1986-1997 under the headmastership of Brothers Deeney and Hannigan and Proinsias Ó Cuanaigh and taught the Slógadh bands for Sister Mhaolmhuire in Castletown Girls Schools and he also trained the Mowhan Céilí band in Armagh for several years.

Brendan was PRO and Secretary to The Ring of Gullion branch of Cómhaltas for over 10 years and succeeded in establishing music classes for children which are still up and running.

Every Tuesday night from the early 70s with rare exception Brendan, Francie Duffy and Jimmy Kennedy travelled to play music in Forkhill and his dream to encourage and embody cross-border integration through the Traditional Music and Song became a reality in 1996.

For seven years Forkhill and South Armagh became a mecca for traditional music for 13 weeks in the summer. Top artists crossed the border and from overseas as guest players and thus cemented great friendships and close harmony both North and South of the border.

Brendan’s association with Conradh na Gaeilge began in 1954 and he was a Trustee until a short time before his death.

Brendan was a member of the De La Salle Past pupils Committee from 1954 to 1967 and he entered a team each year from Craobh Dún Dealgan in the De La Salle Talent competitions-winning one year but mostly playing the piano, especially for the Marian Park Variety Group.

Along with Mary he ran the classical section of Feis Muirtheimhne for seven years and introduced a competition for traditional songs in Irish. This proved very successful and one year drew 109 entries, of which 108 were from girls.

For many years he was the organist at the Ó Ríada Irish Mass each Sunday in the Marist Church at 10am.

Brendan organised the orchestra and arranged the music for the CBS production of Séadhna in the Town Hall during the years when Proinsias Ó Cuanaigh was Principal of the school.

He was a member of the Marist choir from 1968 to 2015 and conducted the choir on numerous occasions.

From 1962 Brendan was involved with Joe Martin with the Friary Club Get-Together Socials, Concerts and Cabarets. They played for over 20 years each month in Saint Oliver’s Hospital with Tom Sheedy and friends of the Lions Club to provide entertainment for the elderly patients. They also visited Saint Joseph’s Hospital, Ardee over the years.

Brendan’s great work for our culture was recognised. He received one of the first Bank of Ireland/Rehab People of the Year Awards in 1989. He also received the Dundalk Council Chairman’s Award for his 50 years plus of cultural contribution in 2009.

In August 2015 he was awarded one of Comhaltas highest honours - a Bardic Award at the All-Ireland Fleadh in Sligo.

This Ceannrodai Award was in “Recognition of lifetime service and dedication to Traditional Music and for the teaching and promotion of the Musical Arts”. A fitting venue as Sligo music was his real passion.

A great friend, innately kind, a real gentleman and possessing a ready smile Brendan never complained and it is a testament to him that many people whom he encountered, particularly through teaching, kept in touch with their mentor.

After reposing at McGeough’s Funeral Home on Sunday, July 22, his remains were removed to Saint Joseph’s Redemptorist Church for evening prayers, accompanied by traditional music.

On Monday at 11 am the Ó Ríada Irish Mass was celebrated by Father Michael Cusack, assisted by Father Padraig Keenan, who gave the eulogy, and Father Kevin Cooney from the Marist Community.

Prior to commencement of Mass gifts symbolising Brendan’s life were brought to the altar. Niece Sheelagh Carroll took up a photo of Brendan and Mary, sister Kitty, a picture of Brendan and his dog Goldie, great friend Peter Tierney an ornament of a music session, while grandniece Zoe and grandnephew Dualta brought up flowers. The commentary was given by his niece Aiveen Mullally.

Readings were given by niece Ita Hamill and godson Niall Mullally. The psalm, a tin whistle solo “You Raised Me Up” was performed by Conal Duffy.

Mary expressed her appreciation of everyone at the end of Mass.

Burial took place in Saint Patrick’s cemetery where Conal Duffy played one of Brendan’s favourite slow airs on the Uileann Pipes at the graveside.