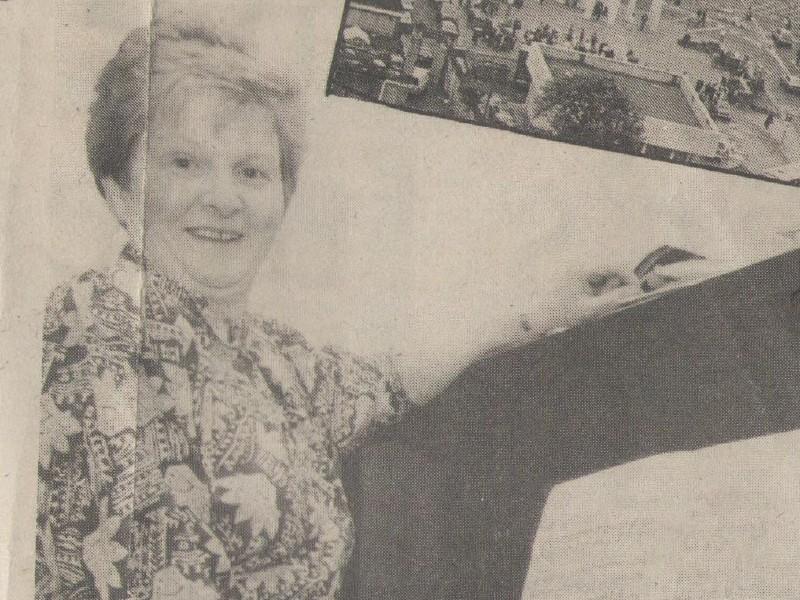 Anne King of Rock Road, Blackrock who died on March 19 last was a very talented musician and a highly respected and regarded figure, particularly in local musical circles.

She was born in Hope Castle in Castleblaney, County Monaghan, the youngest daughter of Maisie and Jack Woods (13, Castle Road, Dundalk).

She attended national school in Carrickmacross and showed great musical talent playing tin whistle, piano and violin from a very early age. She continued her studies in Saint Louis Convent in Balla, County Mayo where she played in the orchestra and took part in many, many musicals and church choirs.

She worked in Rawsons shoe factory in town before moving to Dublin where she worked in the Farmers Journal and at that time played in up market restaurants including The Paradiso.

Following her success on the musical scene she became a performer /entertainer on Mediterranean cruises.

On returning to Dundalk in the late 60s she worked in Ecco and became involved with local talent competitions which were held in the Town Hall. In 1972 she married Frank King who had been widowed and had two sons, Paul and David. Anne and Frank made their home in Blackrock where John and Gerald were born, completing their family.

She was a very busy full -time mother and homemaker and won the Calor Gas Housewife of the Year for Co. Louth.

As the boys grew up she became involved in teaching in local Schools, The Marist, Saint Vincent’s, Dun Dealgan and Saint Bridget’s .

She was organist and choir director in Blackrock and Redeemer churches and broadcast many radio and television masses. She formed the John Desmond Singers who performed on the Late Late Show.

She was also musical director for many productions in Blackrock, including The Mikado, Pirates of Penzance, Trial by Jury and many more.

She taught students piano and violin from home and had students compete very successfully in Feiseanna near and far.

She was a much sought after pianist/organist for parties, weddings and funerals.

She greatly appreciated church music but always included a piece of music which was particularly appropriate to the deceased. In recent years Anne’s health declined, but her sparkly spirit was always present and she was capable of a witty remark to the end.

Great tributes were paid to her by the hundreds of mourners who attended her wake and funeral, where stories and memories were shared. Her funeral liturgy was musically appropriate to her wonderful talent and finished with the entire congregation singing “Scarlet Ribbons”.