Joe Kirk was adored by his family 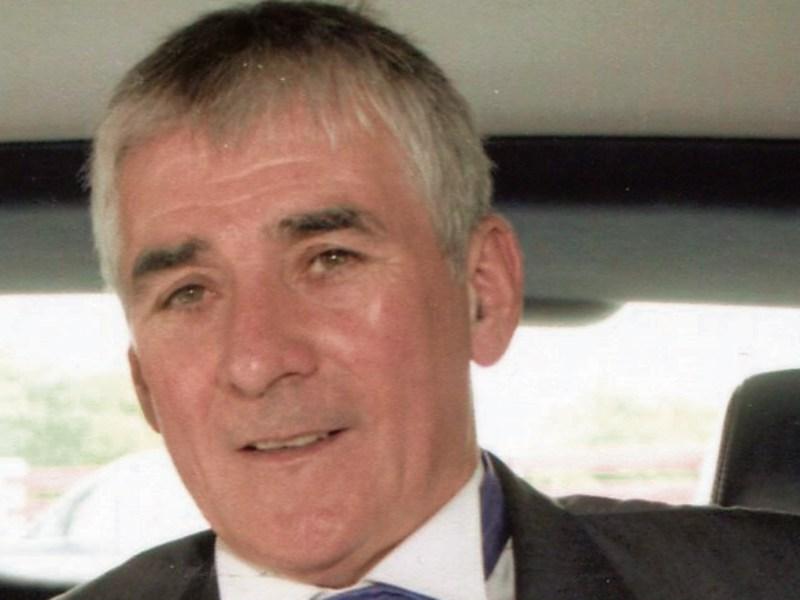 Formerly of Belrobin Cottages, Kilkerley, Joe was the third born of nine children to the late Joe and Maura Kirk (nee Connor).

He was younger brother to Cathy and Rita and older brother to Tommy, the late Francie, Patsy, Mary, John and Peter.

Joe spent a very happy childhood with his parents and siblings. He attended the local Kilkerley national school, and received his secondary education at Dundalk Technical College.

Joe met his wife Eucharia in ECCO in Dundalk. They celebrated their ruby wedding anniversary in July.

Joe was an exceptional husband, an adored daddy to his three daughters, and a very proud grandda to his little treasure Mary Olivia.

He was a great friend to his sons-in-law, Stephen Dawson, Thomas Young and Richard Kieran.

Joe retained the close familial bonds he held with his sisters and brothers through to adulthood and remained a loyal, loving and caring brother.

He was a prominent gaelic footballer with Kilkerley Emmets, winning many honours at junior, intermediate and senior level.

He was proud to captain the 1986 Kilkerley team when they played Newtown Blues in the senior championship final, only to be beaten by a solitary point.

Joe also represented his county at under-21 and senior level, and during a long career, had the privilege of playing alongside his beloved brothers, Tommy, Francie, Patsy, John and Peter in the primrose and blue.

The games were often replayed and analysed in detail in Maura and Joe’s home, a place of great craic and fun.

Having hung up his boots, Joe travelled the country supporting his three daughters while they were members of Saint Gerard’s Athletics Club.

His enduring encouragement for his daughters’ sporting exploits never wavered as he supported Emma and Joanne in their basketball careers and Orlaith in ladies gaelic football.

Joe was a selector for the Louth ladies team which won the All-Ireland Junior Championship in 1998.

In 2000, he was delighted to travel to Gaelic Park, New York, to see Orlaith win the New York State Championship.

He truly was his three daughters’ no.1 fan in all areas of their lives.

Over recent years, Joe took up distance running, and was a member of North-East Runners.

He was often accompanied by his main running partner, his daughter Emma, and more latterly by his brother John.

Joe competed over all distances, from park-runs to more than a dozen half-marathons, including the Dublin and Newry half-marathons on multiple occasions.

Reading was another passion, and he spent many a happy hour in the Louth County Library and often had record numbers of books on loan! Joe had a memorable recent holiday to visit his daughter, Joanne in California, and was looking forward to having many more holidays with Joanne Stateside.

A lorry-driver by profession, he made many good friends across Ireland. He will be sorely missed by his employers, Shorthall Transport Ltd/Central Truck and Plant Repairs and his work colleagues in DPD Dundalk, Athlone and throughout the country.

Joe always had a kind word of encouragement and warm hug. He would go out of his way to do a good deed and to lighten other people’s burdens. He was loved and cherished by the many who knew him.

The high esteem in which he was held was evident in the number of mourners who were welcomed to his home for his wake. Joe made the sad journey home from Daisy Hill Hospital via his old homestead of Belrobin, which he loved dearly.

His funeral Mass was held in St. Nicholas’s Church on Thursday August 24, when his remains were received by Fr. Mark O’Hagan, his friend Fr. Malachy Conlon and Fr. Patrick Rushe. At the start of Mass, Joanne, Orlaith and Emma presented gifts to honour Joe’s memory.

First and second readings were read by his brother, John and his godson Shane Kirk.

His nieces, Elizabeth O’Hare and Therese Kirk and nephews, Stephen and Sean Kirk, Alan McGeough and Sean McCoy, read the Prayers of the Faithful.

The Offertory gifts were presented by his sons-in-law, Stephen, Thomas and Richard.

The beautiful music was performed by Joe’s youngest brother, Peter, accompanied by his niece, Michelle Harvey on the organ with Ann-Marie Douglas playing the violin.

Family friend Ciara McGinnity piped Joe to his final resting place, having performed the same honour for his mother and father.