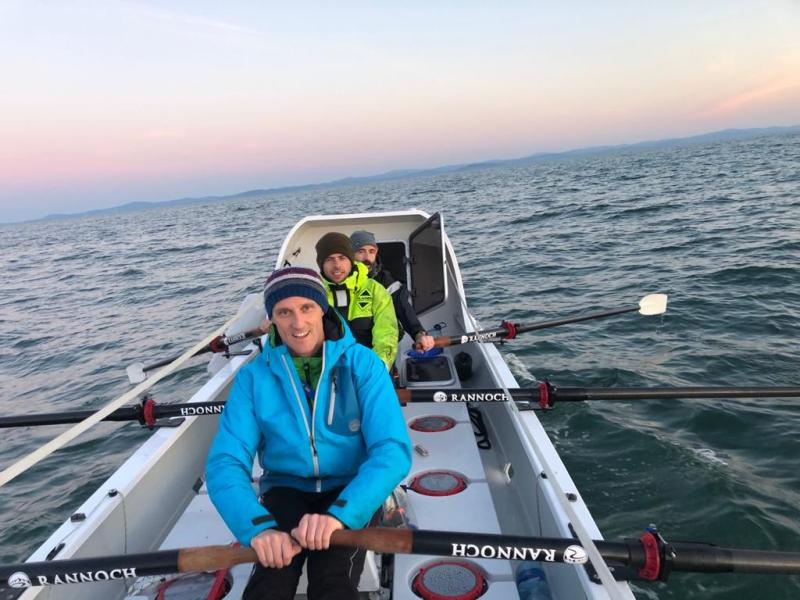 Two local Dundalk men are set to take part in a 3000-mile rowboat race across the Atlantic Ocean late next year, with plans to sail from the Canary Islands to Antigua.

Eugene and Frankie Mohan will be part of a team of 9 who will take part in the Talisker Whiskey Atlantic Challenge, a two-month-long rowing competition that stretches 300-miles across the entire Atlantic Ocean.

Their team, Row Hard or Go Home, will leave the Canaries in December 2022, with four men in one boat and five in the other.

Eugene and Frankie will be joined by Gearóid Ó Briain and Oisín McGrath in the four-man boat.

Eugene, who lives in Blackrock, while his brother lives in Knockbridge, say that they’ll be undertaking the challenge for charity, but that they have not yet settled on who it will be for.

Speaking to the Democrat, Eugene Mohan said that the idea to undertake the challenge came from being a set of friends who like to challenge one another.

“This is just taking it to the next level,” said Mr Mohan, with all men currently undergoing intense training 17 months out from the competition kicking off.

According to Mr Mohan, the group first began their training 6 months ago, working on practice 24-hour row shifts with their trainer, John Belton.

The challenge itself will force contestants to row their boats all day and night, with two people actively rowing at any one time.

The rowing will be done in shifts, while one pair is rowing, the others will be able to rest or get some sleep.

One of the big challenges of the race according to Mr Mohan, is the unpredictability of how long rowers could be at sea.

He says that the race could take between 40 and 70 days to complete, or go higher depending on weather conditions at sea.

“Some of it can be a roll of the dice with bad weather that may end up causing the trip to be longer.

“There’s nothing you can do, sometimes you just have to battle through it and try row through it and then there’s other times where the weather will just be too severe that you have to batten down the hatches and stay in the cabins and ride out the storm.”

According to Mr Mohan, the group will be taking part in other events in the lead up to the race, including a rowing challenge to go from Carlingford to the Isle of Man.

When asked about what his family thinks, Mr Mohan said that their first thoughts were that he was mad.

“They think we’re mad in the head, to be honest.. definitely at the initial stages it was like, ‘are you guys crazy or what is wrong with ye’,” said Mr Mohan.

“They have kind of come around a little bit but it does come up in conversation sometimes, like ‘what are ye doing’.

“They’re on board for sure, and they’re fully supporting us now, which is great.”

Mr Mohan also said that it will be tough on the families of the rowers, as they could be gone from anywhere from 5 to six weeks to over two months, depending on weather conditions.

For Mr Mohan, he says that the first week of the race will be the toughest, with both mental and physical challenges as the team has to adapt to the next several months on a small rowboat.

“They do say that the first seven days are probably the worst. You’re getting your body used to the seasickness, the sleep deprivation and the physical exertion.”

The main concern of Mr Mohan and his team is around becoming injured during the race, as he says nobody in the group wants to be left unable to perform while they’re racing.

However, he doesn’t have any other major concerns, saying that they have the training to be able to check and mitigate and solve problems, alongside a well-balanced team who each have their own strengths and weaknesses.

People can follow the group’s progress and training in the lead up to the Atlantic Challenge by visiting the team’s website, rowhardorgohome.com.