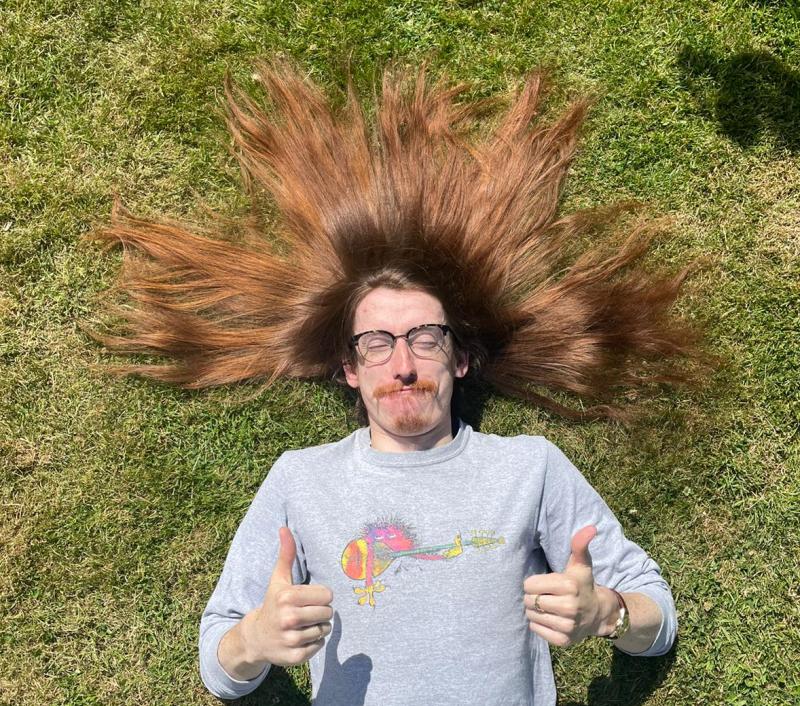 A local Dundalk man plans to get the mop chopped for the Rapunzel Foundation, alongside raising funds for Barretstown.

Tadhg Mulligan, a local Dundalk musician, is currently fundraising for his haircut, with over €14,000 raised for Barretstown so far.

Tadhg says that Barretstown is a particularly important place for him, having had leukaemia as a child.

He says that his experiences with the charity when he was younger were great and that he can remember heading off to their camps with his siblings and parents.

According to Tadhg, this was why he wanted to help give back and so he decided to organise the fundraiser.

“We’ve been friendly with Barretstown for the last long time… I just wanted to raise a bit of money,” said Tadhg.

Alongside the fundraiser, Tadhg is planning on volunteering with Barretstown over the summer months, once he has been vaccinated and it’s safe to do so.

Tadhg says that he didn’t expect that the online fundraiser would gather the momentum it had, with him hitting his original goal of €1,000 within a few hours of launching the campaign.

“I wasn’t expecting it to get as much traction and as much momentum as it has.. It’s class like,” said Tadhg.

“The best thing is you can go in and see messages of encouragement and well wishes.

He’s since smashed every subsequent goal, with the latest target sitting at €15,000.

“It’s really nice to see the progress of it happening. It’s all real-time, you know,” said Tadhg.

With his experience as a trad musician, Tadhg had originally planned to hold charity gigs in pubs like Toales to raise some money, but those plans were unable to go ahead due to Covid-19 restrictions.

However, last Saturday Tadhg held a bucket collection in the square to help drum up some extra support with some busking from himself and others.

Local folk band, The Mary Wallopers, turned up at the event, with final totals from the bucket collection adding up to over €900.

Another bucket collection is set for next week

Tadhg has also been posting videos of himself performing traditional Irish music on social media, playing tunes like the Red-Haired Boy.

For the Rapunzel Foundation, Tadhg hopes that he can show young kids who might have cancer that it’s okay to lose their hair.

“When you lose your hair you think, oh people are going to be pointing at you for wearing a bandana or not having hair but it’s okay like.”

“It kinda goes to show you that you’re never really alone in these situations. There are always people that will support you and wish you well.”

Now he plans to cut off between 25 and 27 inches of his hair on July 8th at his aunt’s hair salon, Profile Hair Design, in Mullingar.

The fundraiser is still ongoing and can be found by visiting www.justgiving.com and searching for Tadhg Mulligan.