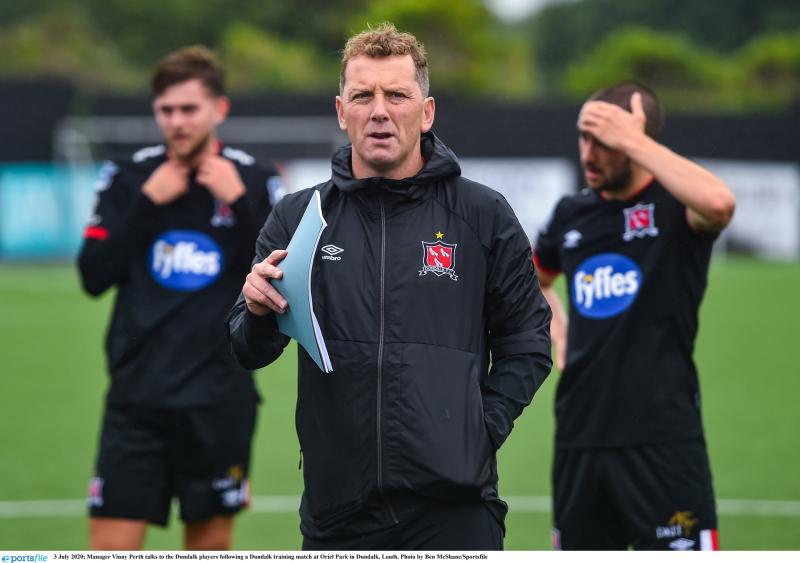 The crazy saga of when the league can restart was finally decided last week after weeks of disagreement between clubs over the funding required and issue of relegation.

In the end, it was relegation that proved the most contentious point, many seeing it as being very unfair that a club or clubs could be demoted on the basis of a shortened season.

The uncertainty was finally put to bed after the FAI’s board of management signed off on a hotly divided deal that had a majority of just one among the clubs, both Premier and First Division.

The deal went through after Shamrock Rovers voted with the First Division clubs to return against the wishes of the nine remaining top-flight outfits.

The 11-person panel of the National League Executive Committee approved a very truncated 18-game season, five of which have already been played, leaving 13 matches remaining in the Premier Division. There will also be promotion, relegation and play-offs. 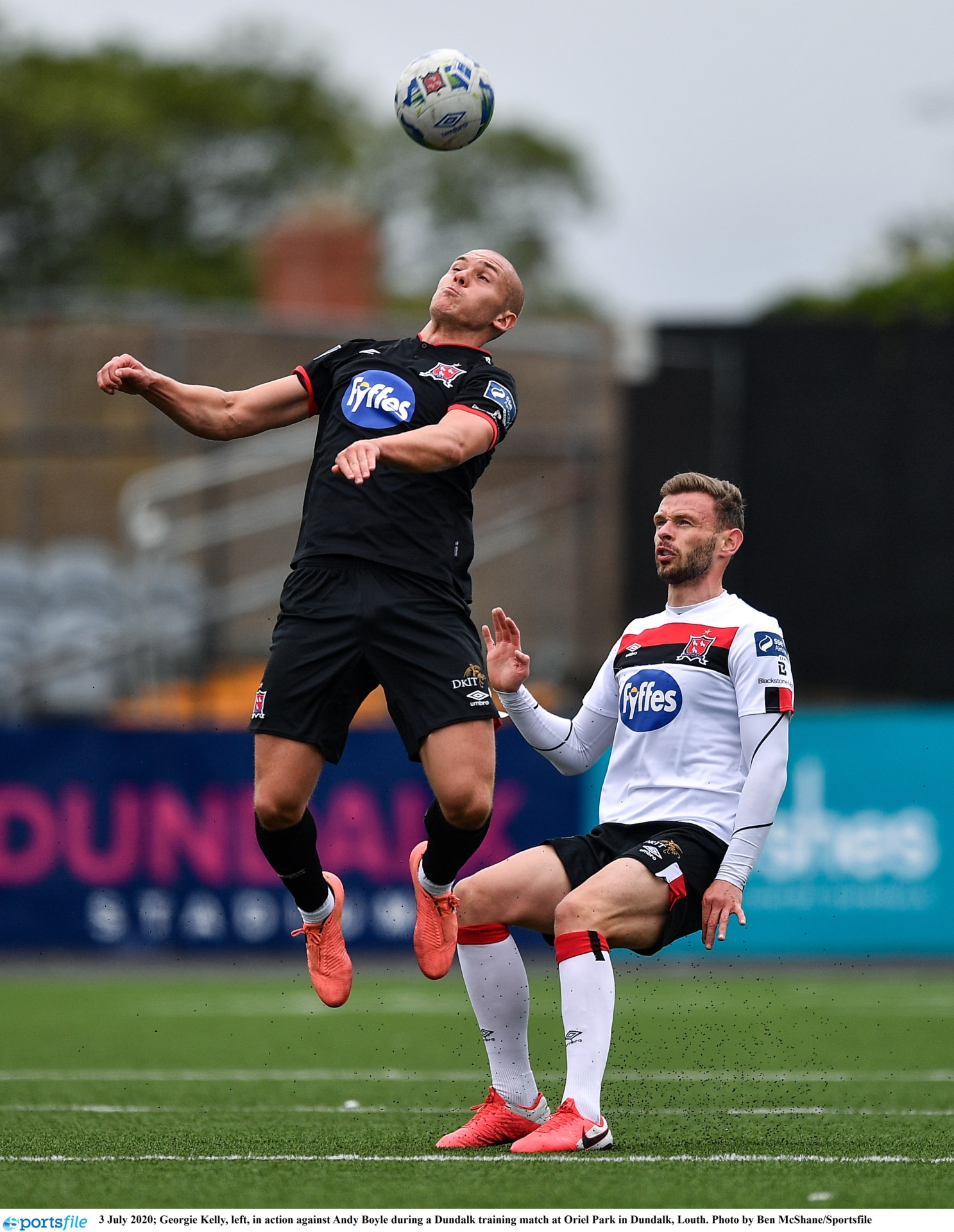 The season will continue on from March with all sides completing a full cycle of games both home and away. The table in both divisions will resume as it was in March when the league ground to a sudden halt.

Under the deal the bottom side in the Premier Division will be relegated with the First Division champions promoted. The second from bottom Premier team will play-off against the winners of the First Division’s play-off series of games between second, third, fourth and fifth.

The National League Executive Committee voted 5-2 in favour of the deal after the clubs voted 10 to 9 to go with it. It was the Shamrock Rovers vote to go with the First Division clubs that finally swung the deal. Add to that the FAI’s board of management’s backing after the League Executive giving it the green light and it’s blast off to a return of the season sadly being played over a ridiculously short series of games.

The Premier Division clubs, bar Rovers, favoured a straight one up, one down policy. They sent a letter to the FAI outlining their disapproval, claiming they were being dictated to by First Division teams.

The Premier teams also highlighted the belief that their overall investment in Irish football is 10 times the amount of the second tier.

But the FAI board, who postponed a meeting scheduled midweek to discuss the NLEC decision to go with the new proposals, as they sought further details, voted the day after to agree the deal. 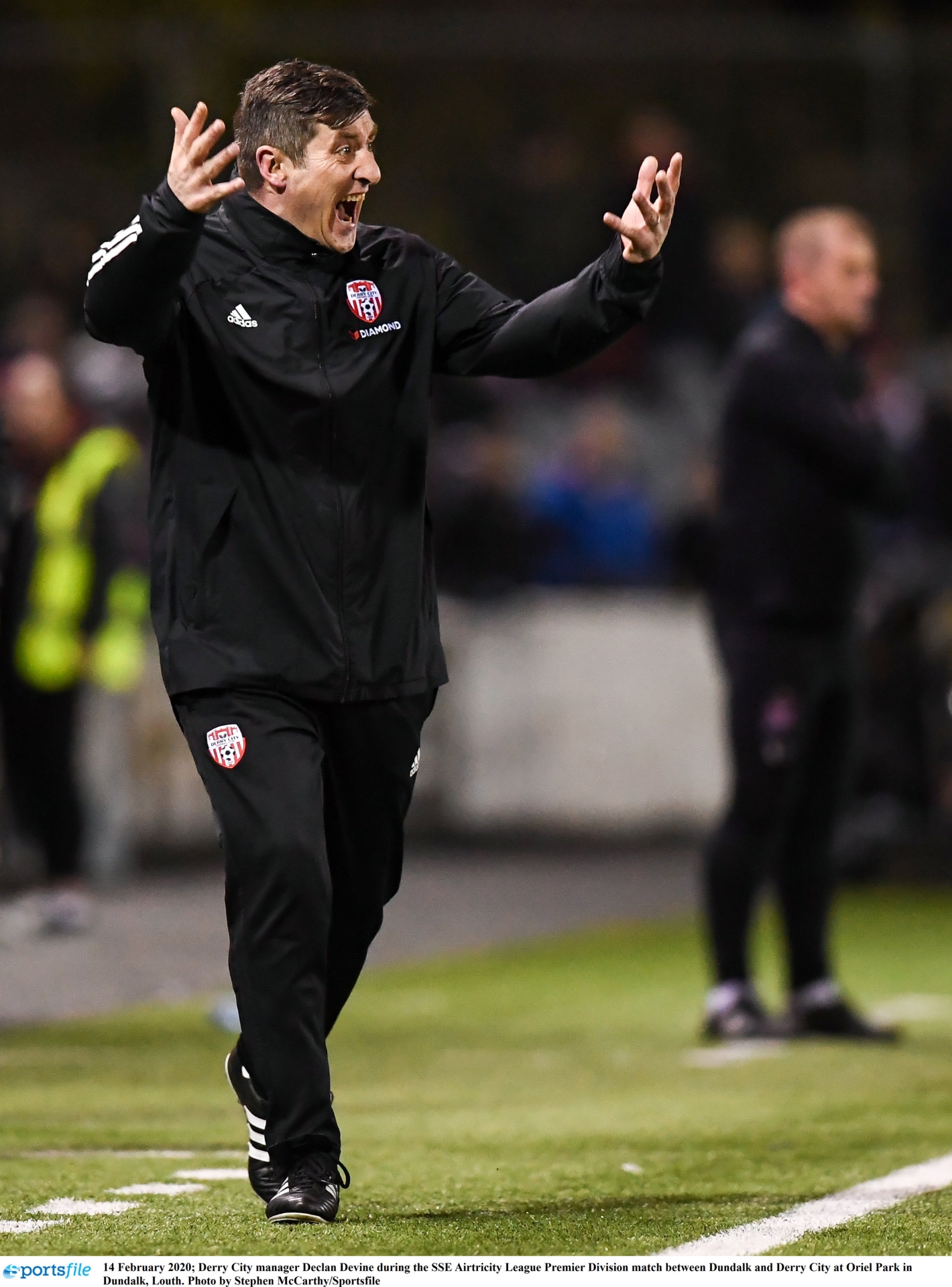 The Premier Division sides have discussed further options but no challenge to the decision is now likely.

Bottom club Sligo Rovers say they will complete the season despite what they term an unfair format. Earlier, Finn Harps boss Ollie Horgan claimed that relegation was going to be a fact and that teams in the Premier Division were going to have to accept it, with the only way of avoiding it to do what’s needed on the pitch. No other options were considered at the 90-minute FAI board meeting.

Shamrock Rovers, the club whose vote swung the deal, believe that a play-off involving the ninth placed Premier Division club and the winners from the First Division play-off series will keep the top tier competitive to the end of the season.

On another note, I was delighted to see Derry City, my second favourite club in the league, strengthening their squad this week. Declan Devine has added Joe Thompson, who is an ex-Glasgow Celtic player, to the squad. He has already extended Stephen Mallon’s loan deal from Sheffield United and more signings are expected. City’s midfield looks really strong now with Jack Malone and Ciaron Harkin being fit again. Add Greenore man Conor McCormack in to the central department, along with Gerardo Bruna and Conor Clifford, and it can be clearly seen that the Brandywell men can go with two, three or four in the middle of the park as necessary.

I’m sure Devine is monitoring the intentions of Dundalk’s Derry winger Michael Duffy and Donegal man Georgie Kelly’s situation, with the duo out of contract at the end of the year. Dundalk, I imagine, would not want to lose these players as they are pivotal to the club’s chase for success in the coming years.

It’s so competitive to get established in the Dundalk first XI that Kelly, of the two players mentioned, could be especially interesting to Derry. Georgie is a magnificent player and would be a massive loss to Dundalk were he to depart. There are no signs of that happening but, to be fair to the Donegal man, his chances of starting every game for the first-team have been so difficult when the side contains another outstanding striker, Pat Hoban. 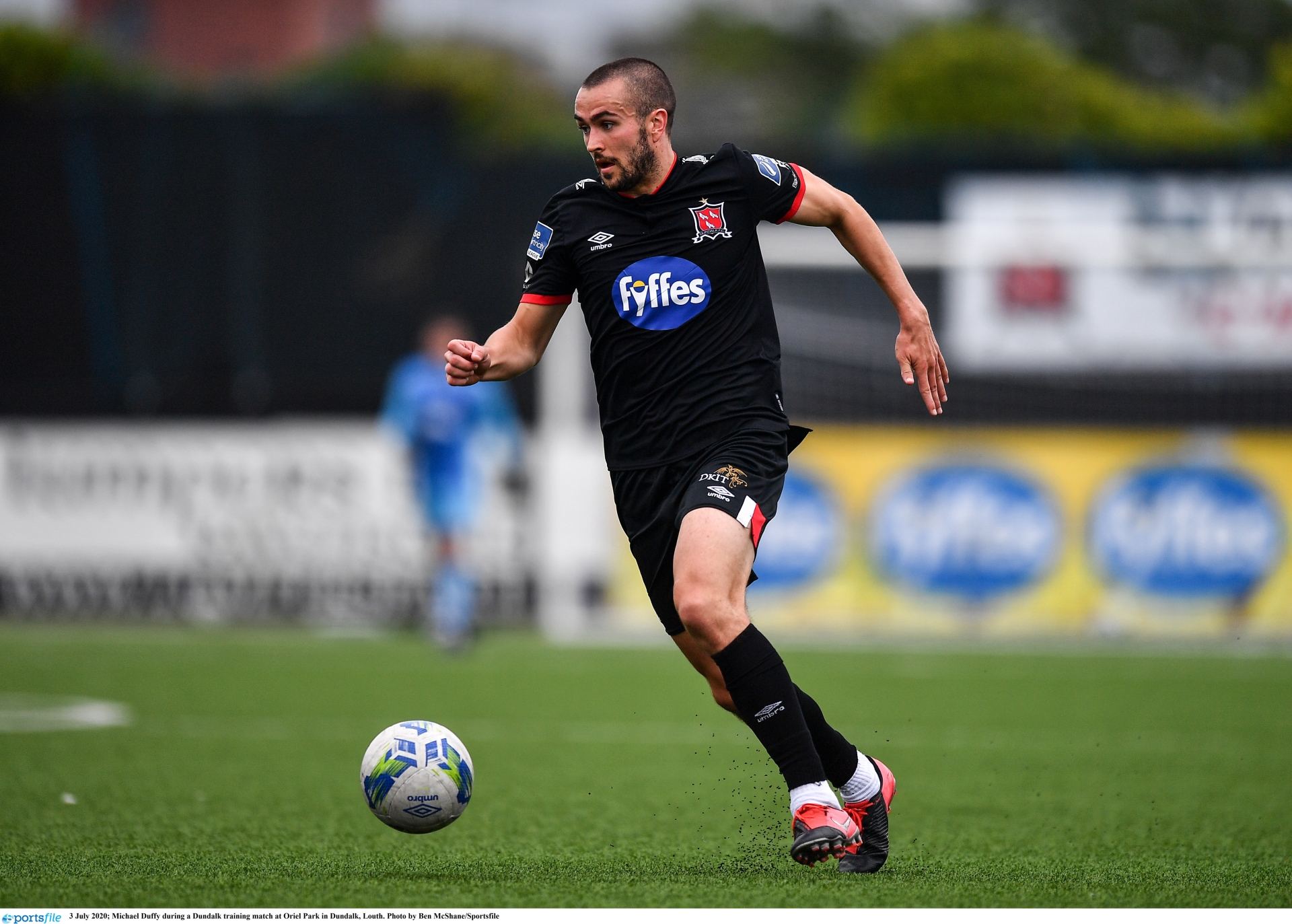 I’m confident the powers that be know they must get a deal done with Georgie Kelly soon and that an agreement can be reached. Dundalk boss Vinny Perth knows he has a gem of a player on his hands and will move heaven and earth to keep him along with Duffy. They're are a class apart from most other players in the league.

I was shocked at the weekend to see that the FAI Cup final may be moved this year from the Aviva to Tallaght Stadium. The FAI’s reasoning is that the Aviva is too expensive. Dundalk have made the final for the last five years in a row with fans almost thinking that Cup final day for the club is a certainty this season. It is not by any means.

But the Blue Riband competition of Irish soccer must be played at the Aviva.

Anyway, it would be grossly unfair to play a final in Tallaght, the home ground of holders Shamrock Rovers, especially if The Hoops make the decider again.

It was interesting to see Pat Dolan, in his weekly column in the Irish Daily Star, say that the FAI’s Roy Barrett, Gary Owens and Niall Quinn must bring the league forward. He said that the so-called visionary leaders do not appear to have any vision.
Former Irish senior boss and ex Pat’s manager Brian Kerr seemed to agree with Pat on Newstalk’s Off The Ball programme. Kerr reckons the new men at the top were never involved in administration of an organisation like the FAI before. He says there were too many promises made early on and that the FAI’s fresh faces have so far struggled to deal with League of Ireland clubs.

Meanwhile, up the road, Warrenpoint have released five of their squad from last season as they look to strengthen it for the new season. Gavin Smith, Deane Watters, Emmet Hughes, Ciarán McCann and Mark McKee are the players who were let go. Manager Barry Gray will be improving his squad for next season as they will not want to find themselves in a relegation scrap every week for the entire campaign.

It’s just 57 days until former Dundalk boss Stephen Kenny will take charge of his first senior international game with the Republic of Ireland. The game is in Bulgaria on September 3 and the programme finishes up on November 18 at the Aviva against the same team. Kenny has seven games and possibly 8 to play before 2020 ends.

On another note, I would like to wish the country’s new Minister for Sport, Catherine Martin, all the best in her new post. It’s a refreshing choice and I’m sure she will do very well.

Finally, with the LOI season resuming on July 31, revised fixtures will be issued in the coming days or week.

And so yet another week has gone by. As I always say, for God’s sake, please, be careful and stay safe out there. None of us ever know what is around the corner.