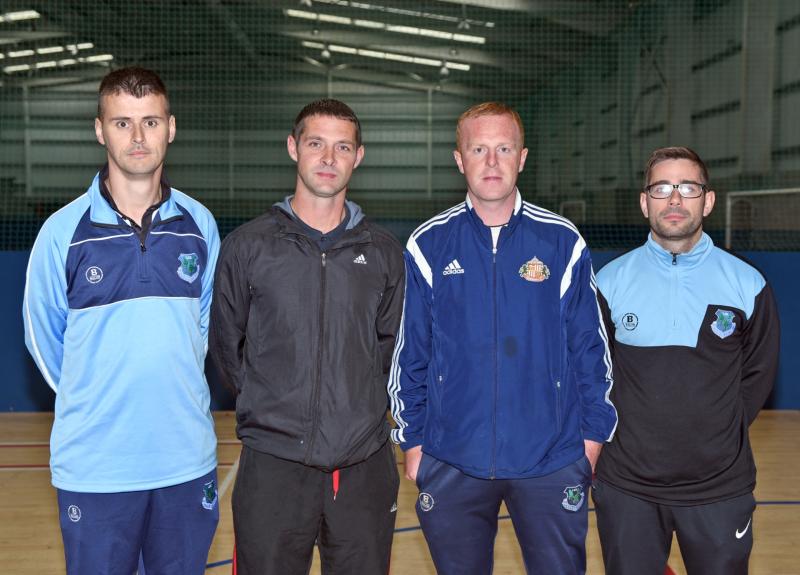 Eamonn O'Hagan, second from the right, is a keen follower of Dundalk FC.

HOW LONG ARE YOU A FAN?
As far back as I can remember. I started going up at about 10 years of age.

FIRST MEMORY OF ORIEL PARK
The first memory is looking through the big steel fences which were up then. I remember Tom McNulty kicking Jason Sherlock who was playing with UCD at the time. Tom was a great player and dragged Dundalk along for a period.

CUP OR LEAGUE?
The league is the bread and butter but you can’t beat the magic of the Cup.

BIGGEST RIVALRY?
Rovers, but I enjoyed the Cork rivalry; Caulfield was a fiery character and would get the crowd going.

GAME OF THE KENNY ERA?
The night vs Cork in Oriel (2014); the place was absolutely hopping.

WILL WE GET ANY MORE FOOTBALL THIS YEAR?
Yeah, well, hopefully we’re nearly there now. I just hope the league doesn’t turn into a farce.