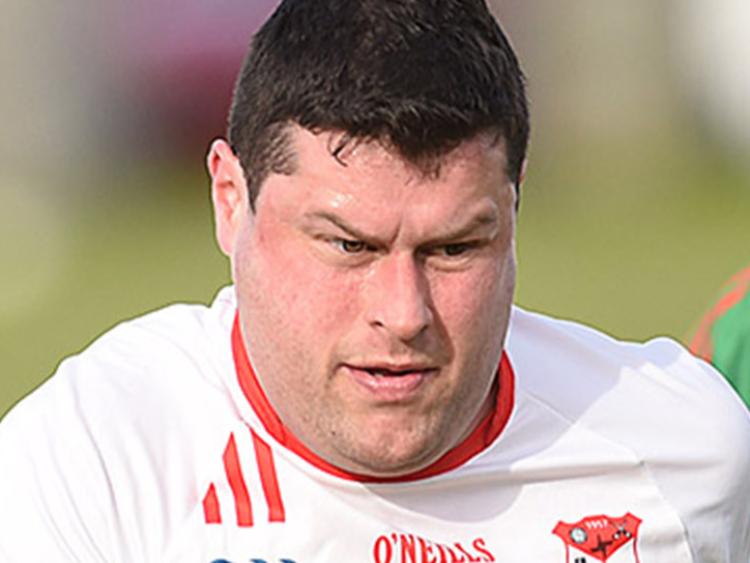 Robert Coyle has been John Mitchels' main man in attack for many years. (Pic: Arthur Kinahan)

First memory of your club
The MacArdle Cup final in 1990 against Louth Village played in thick fog in ‘Talentstown’.

Why?
Local rivals; we seem to be playing each other forever and the games tend to get a little heated. There has been a fair share of red cards down through the years but we shake hands afterwards and it’s forgotten about; the way it should be.

Behind the scenes hero
There has been great work done by a lot of the committee members behind the scenes; a team effort, but I would have to say James Halpenny does an unbelievable amount of work. He lives and breathes the John Mitchel’s and Louth GAA, and, indeed, GAA in general. He’s very passionate about the game.

Most memorable win
The championship and league double in 1998. Both against St. Bride’s; two games that were clinched at the death. It was a brilliant time for the club; there was a 29 game undefeated streak.

Sum up your Mitchel’s in three words
Friends; family; fun.

Best memory of supporting Louth
As a lot of people have said, we have the best memory and the worst memory rolled into one; the Leinster final in 2010; we played excellently and more than deserved to win but sure we all know what happened.

Best player you saw playing for Louth
Paddy Keenan. He would have walked into any team in any era. I have to give a special mention to my GAA hero growing up too, Stephen Melia, a colossus for club and county.