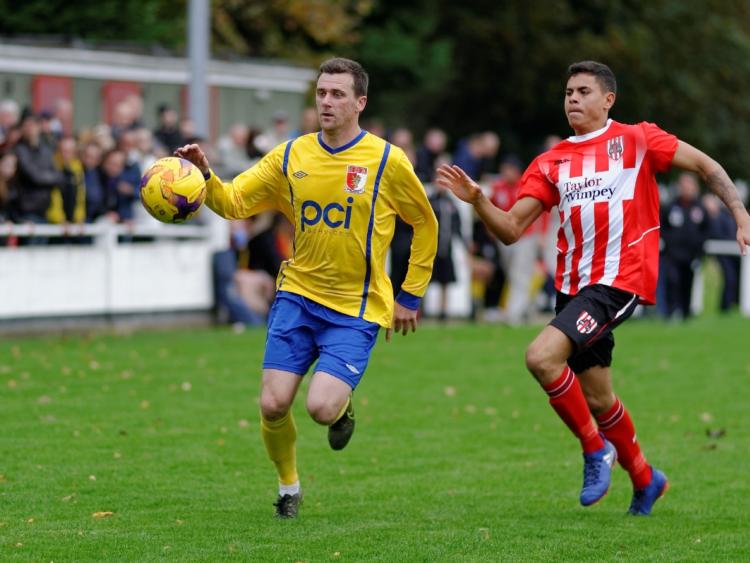 Colin Larkin is still getting used to having Saturday afternoons off. For over 20 years his entire focus revolved around peaking for a 3pm kick-off.

Colin Larkin is still getting used to having Saturday afternoons off. For over 20 years his entire focus revolved around peaking for a 3pm kick-off. They’re now spent at home with his wife Amy, daughters Caitlin (17) and Órlaith (1), and son Zach (5).

As he picks up the phone to your writer, from his Durham home, he sounds as though he’s jogging. But he’s not. Rather, just escaping the room and leaving the childminding duties behind.

Now we can talk and there’s lots to discuss. It’s almost three years since a 4,000 word piece on Larkin’s long career in England’s Football League appeared in The Democrat. No stone left unturned, everything from falling out with Carlton Palmer to playing at Wembley Stadium.

He finally hung up the boots in 2019, but not altogether voluntarily. Working as a player-coach at non-league Sunderland RCA, he tore his groin from the bone, subsequently suffering a hernia.

The option of surgery was there, but he was no longer being rushed through the process, instead having to negotiate his treatment via the NHS. It wasn’t worth it the surgeon said and Larkin agreed. At the age of 37, he’s content that his playing days are behind him, which is a fortunate mindset to be in.

“If I was 10 years younger I would do it, though I’m at that age where I’ve done everything, I’ve loved it and it’s been great, but it’s time to start coaching and taking it more seriously,” Larkin tells The Democrat. 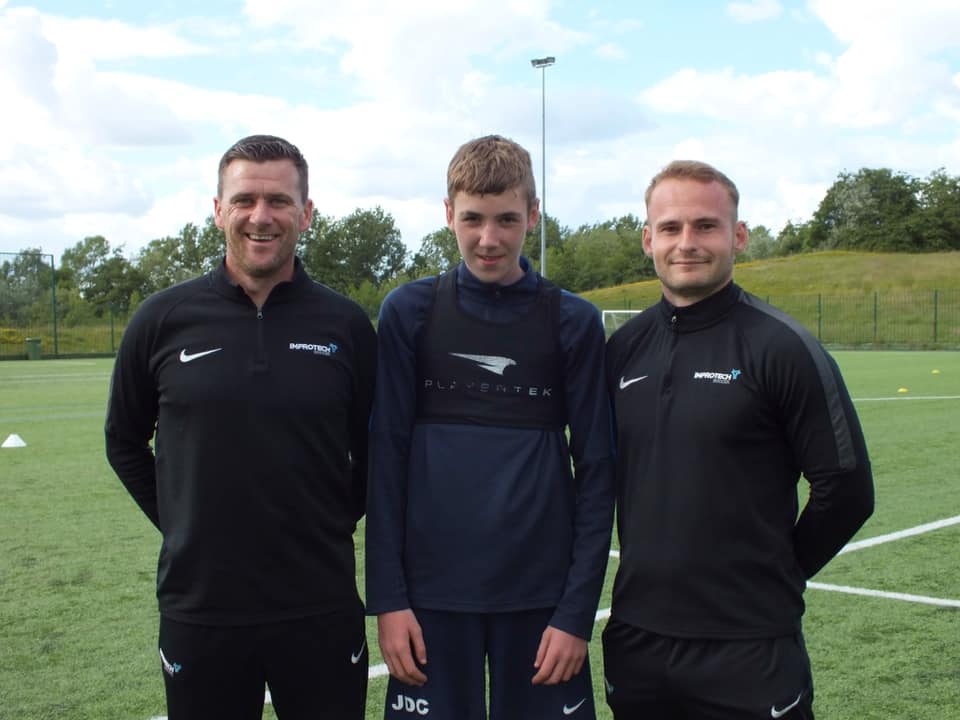 And his tutoring career has taken off. A full-time member of the Improtech agency, which specialises in football coaching for teenagers, his day job sees him balance a second-level school in Hartlepool with a college in Sunderland.

He’s just applied for his UEFA A Licence course and envisages a positive future, his long-term aspiration being to get back involved with a first-team in the Football League. But for now he’s happy, content at starting all the way at the bottom of the coaching ladder having graduated from the playing ranks.

“I think towards the back-end of my career the love of the game had left me a little bit,” he says. “Whether it be through injuries or certain things within the game.

“But I went to RCA and found the love of it again. I went from pretty much packing it in completely to becoming a player/coach.

“Ultimately, I feel as though my football career was my college and my learning process to becoming a coach.”

SUNDERLAND ’TIL I DIE
The Netflix series’ on Sunderland AFC’s fall from grace in recent seasons, in which they’ve fluctuated from the Premier League to League One, makes for compelling viewing. The passion of the people, the supporters, is in stark contrast to the motives of many of those in the Stadium of Light’s boardroom.

His eldest daughter, Caitlin, is a Black Cats fan and while Larkin isn’t entirely a Mackem to the core, he does keep a look out for their results. It’s hard not to given his colleagues are pretty much all fanatics. 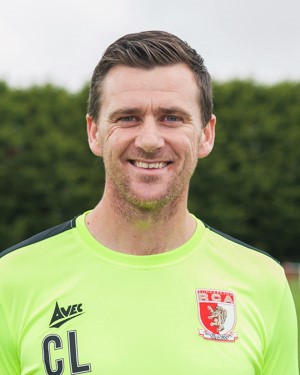 Former Ireland international and Sunderland striker Stephen Elliott works alongside Larkin, albeit concentrating on a different school, while fellow coaches Danny Collins, Carlton Fairweather, Stuart Brightwell and the business’ co-owner, Martin Scott, have all either featured or worked for the red and whites. The son of Scott’s business partner, meanwhile, plays for the club, Ethan Robson.

“Literally all day it’s talking about Sunderland,” Larkin says, conceding that the documentary only vaguely touches on how much the club means to its parish.

“What you don’t see is a Monday morning, where there’s a shift in mood. If Sunderland win you’re coming into college with the staff and the kids in a completely different mood compared to when they’ve lost. Football, it’s just life up here.

“You’ve literally got Sunderland and Newcastle and you’re either one or the other. It is mad, they just absolutely love football.

“You can see that from the programme where they’re absolutely heartbroken and they talk about the club like it’s their family. You can sense how much they care about the club. They’re desperate to get back on the up.”

His son, Zach, hasn’t yet been bitten by the bug, though Larkin does envisage a time where he’ll take his young lad along to their games.

Colin: “Once he gets a little bit older and can understand and sit in a chair for more than 10 minutes, that’s when I’ll probably start taking him.” 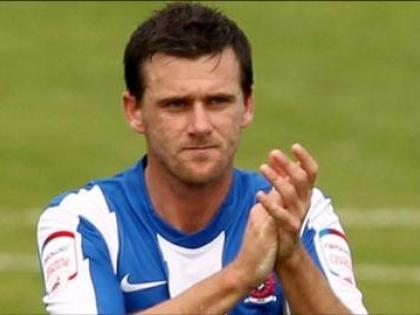 Democrat: “Don’t tell me you think Sunderland wouldn’t have him on the edge of his seat; that he’s going to have to sit for 10 minutes? You couldn’t be telling me that!”

Colin: “Hahaha, the way it’s been over the last few years I’m sure it would actually...”

PATHWAY FORWARD
His employers are paid by the schools they work for, their role being to provide 10 additional hours of coaching per week to the players who request it, with 20 selected from each year. Through word of mouth, the sessions put on by Larkin and close friend and colleague Stuart Brand have attracted huge demand. So much so that they had to hold trials to select the players they needed.

Half of the contact time is factored into the students’ timetables, with the other 50 percent munching on classroom hours, which puts an emphasis on the players to get their programmes in order.

“We like the kids to become independent and take responsibility for their actions. The teachers and the principal absolutely love it because the kids are so well-behaved. If ever they step out of line you only have to threaten them with missing football for a week and straight away it knocks them back into the right order.”

The increased calling for places led to Larkin and co offering the school the opportunity of having separate elite, development and girls’ squads. It was rebuked, but if the interest continues to heighten it may have to be looked into, which clearly reflects well on the former Na Piarsaigh GAA player. 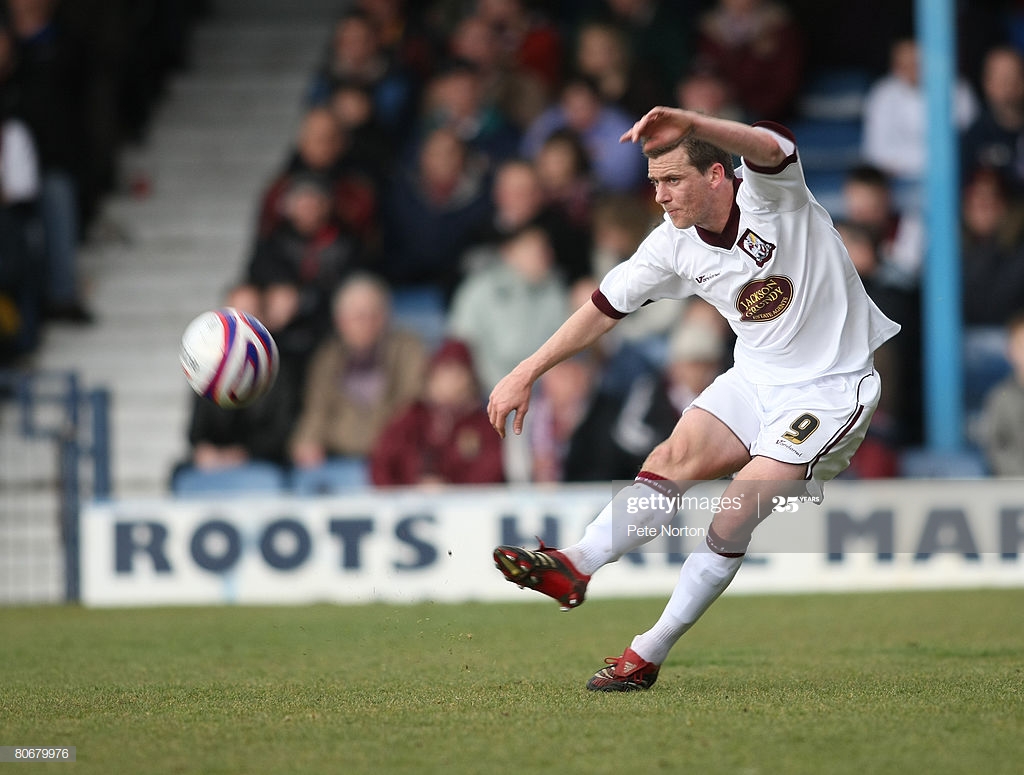 On a Friday night, meanwhile, Larkin and Improtech coaches hold a session for players who have maybe lost their way or those who are seeking to take the next step.

“The main thing we do is a Friday night session where we try to get kids from the age of 14 to 16, who’ve been in or around the academies, but been released for one reason or another.

“We try to take them to display games against the likes of Fleetwood Town, Morecambe, Lincoln City and last year we had 12 kids who signed with professional clubs like Middlesbrough, Morecambe and Doncaster, which was a bonus for us and we love it because it’s where we like the kids to be. The end product is getting that scholarship.

“We really push them and challenge them. We’re getting the best players around who are not quite in academies. It’s not that they’re ‘the next best’, it can be about luck and we’d one kid released from Newcastle U14s who was coming to us. He’d a lot of confidence issues and we were trying to build that back up.

“Now he’s been signed by Grimsby for next year. His parents can’t be any more complimentary towards us for what we’ve done for him because he was literally at rock bottom.

“The pride you feel when you get that text to tell you one of the lads has been offered a contract is real, it’s immense.”

He adds: “Every now and then I like to join in just to showcase a little bit; not really to show off, but to kind of show the kids - even though they’re only 16 - the standard you need to be at; to show them that I was at League One or League Two, I’m past it and my legs are gone, but I can still outrun and outplay some of these kids.

“I’m trying to get them into the mindset that they’re still a couple of years away from this kind of position. Sometimes they don’t realise that, without being arrogant, you were that good. It catches them off and that’s when the respect starts to come.”

Respect granted. Colin Larkin is on the way back.

Then again, childminding is always an option.